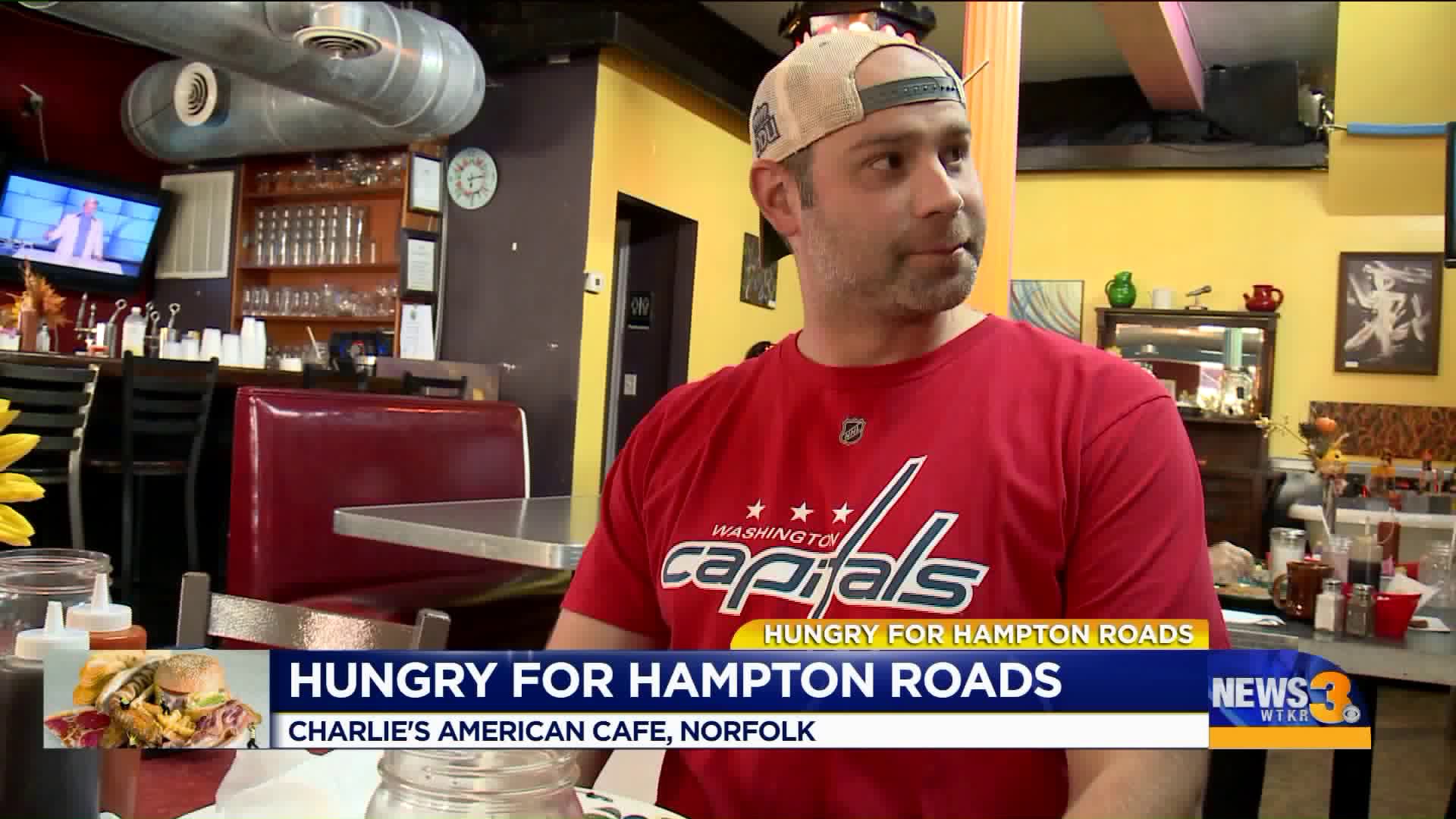 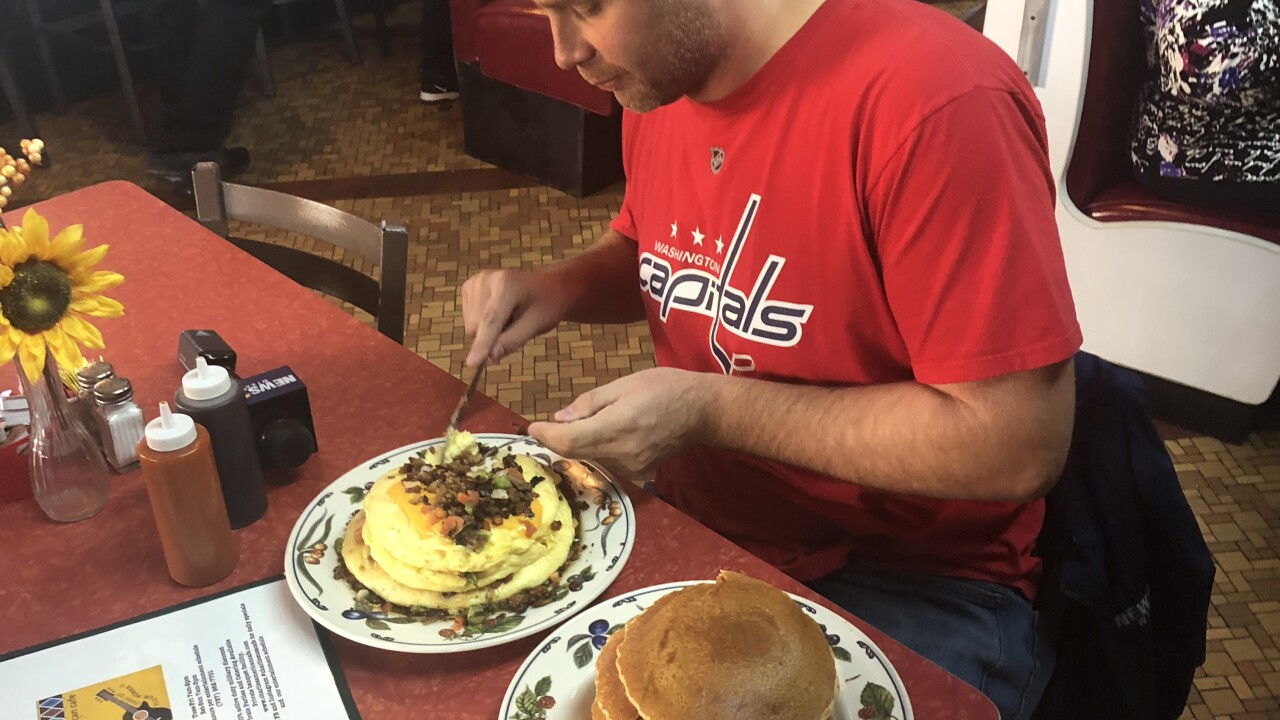 NORFOLK, Va. — Grab breakfast, a burger, a drink and take in some local art.

Charlies American Cafe has been a staple in Norfolk for the past 20 years. They serve diner style food with breakfast as the main focus. Don't forget to try their burgers, sandwiches or a drink from the bar.

Owner Ted Warren says since the 80s he has focused on good food and a place for local art and music to play.

The challenge at the cafe has been attempted by many but only successfully eaten by a small number of competitors.

The challenge is a 12 egg omelet loaded with peppers, onions, bacon, sausage and cheese. The massive, fluffy omelet is partnered with 8 large pancakes. Competitors have exactly one hour to attempt to clean their plate of the massive breakfast without ever leaving the table.

If you succeed you get a T-shirt commemorating your success, and if you lose you have to pay the $20 dollars for the meal and walk home in shame.