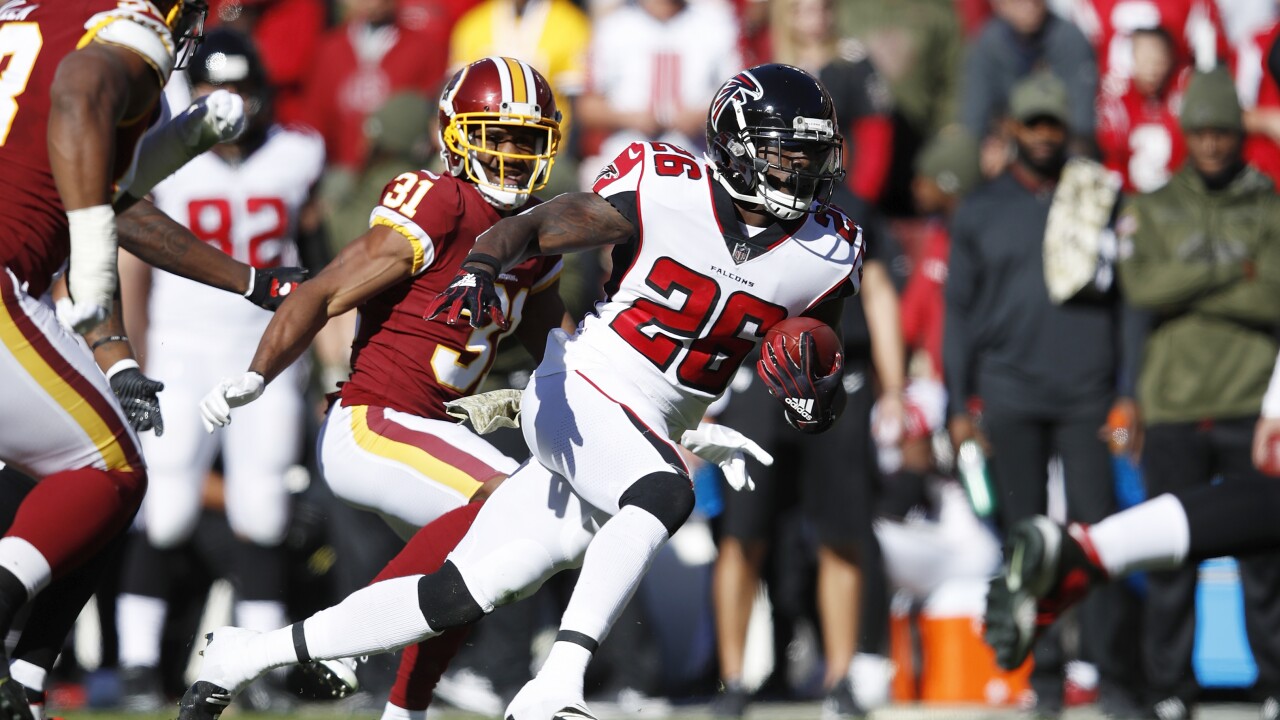 LANDOVER, Md. – The Falcons have seemed to have found their wings. On Sunday, Atlanta dominated the Redskins from start to finish in a 38-14 win.

Atlanta (4-and-4) jumped out to a 14-0 lead in the second quarter after Ito Smith rushed into the end zone from 12-yards out. Washington (5-and-3) then responded with an 11–play, 80-yard drive that was capped off by a jump ball touchdown catch from Alex Smith to Josh Docston.

Falcons quarterback Matt Ran threw for 350 yards and four touchdowns, including a fourth quarter toss to Julio Jones. Jones had no receiving touchdowns coming into the game, but his 35-yard catch and run changed that to put the Falcons up 38-14.

The Redskins offense had some bright spots, but not nearly enough. Adrian Peterson, who rushed for a season-high 149 yards against the Giants last week, rushed for just 17 yards on nine carries.

Receiver Maurice Harris, playing in place of the injured Jamison Crowder, led the Redskins in receiving with ten catches for 125 yards.

38 points is the second most points allowed by the Redskins defense this season, behind the 44 allowed to New Orleans in week four.

The Redskins travel to Tampa Bay next week to face the Tampa Bay Buccaneers.