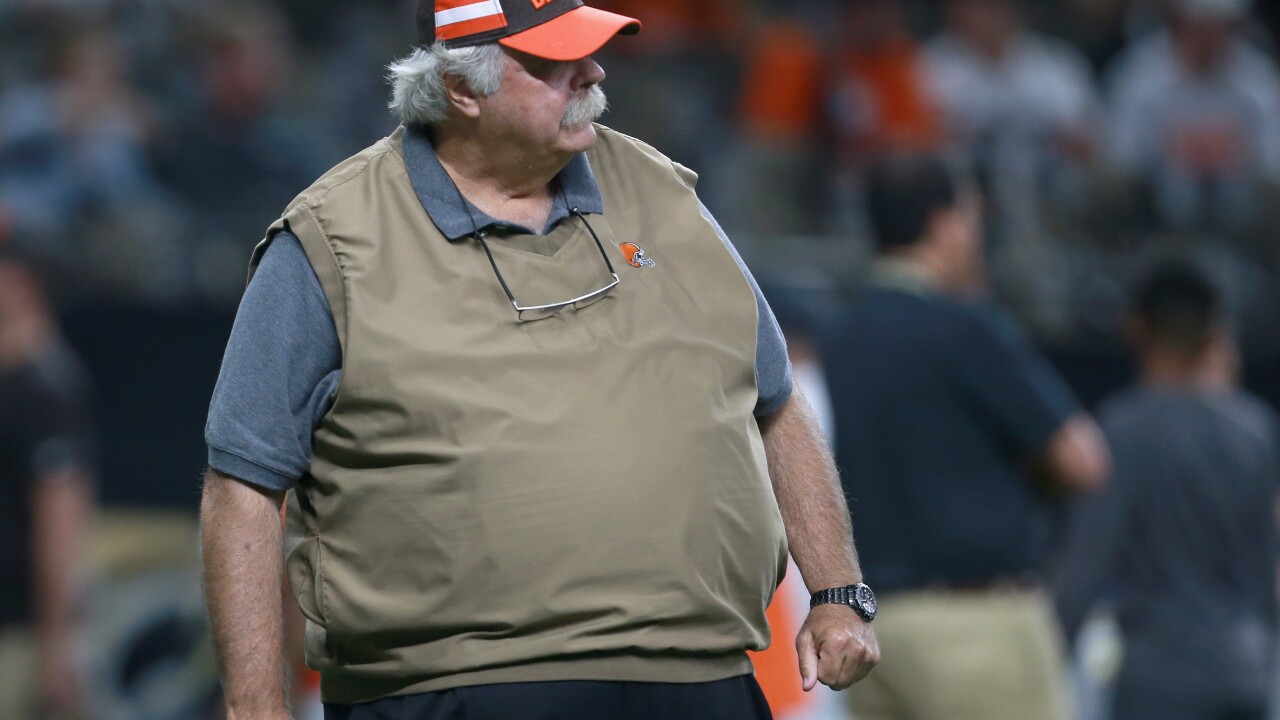 OXFORD, Miss. – When it comes to Halloween, sports-themed costumes are nothing new. However, one couple in Mississippi took things to the next level – and scored a touchdown with it!

On Twitter, Brad Sheffield says he made a deal with his wife Leslie that if she was still pregnant on Halloween, she would dress up as Cleveland Browns assistant coach Bob Wylie. This summer, Wylie became a viral sensation during HBO’s Hard Knocks series featuring the Browns.

The Sheffields are expecting their fourth child, a boy, in November.

Made a deal with my wife a few months back that if was if she was still pregnant come #Halloween, she’d dress up as Bob Wylie. She lost… and all of Twitter has now won. #Browns pic.twitter.com/TfuPLtYucu

This years hard knocks is filled with legendary moments. Bob Wylie got his chance to shine last night and ran with it pic.twitter.com/O57zG6szJi