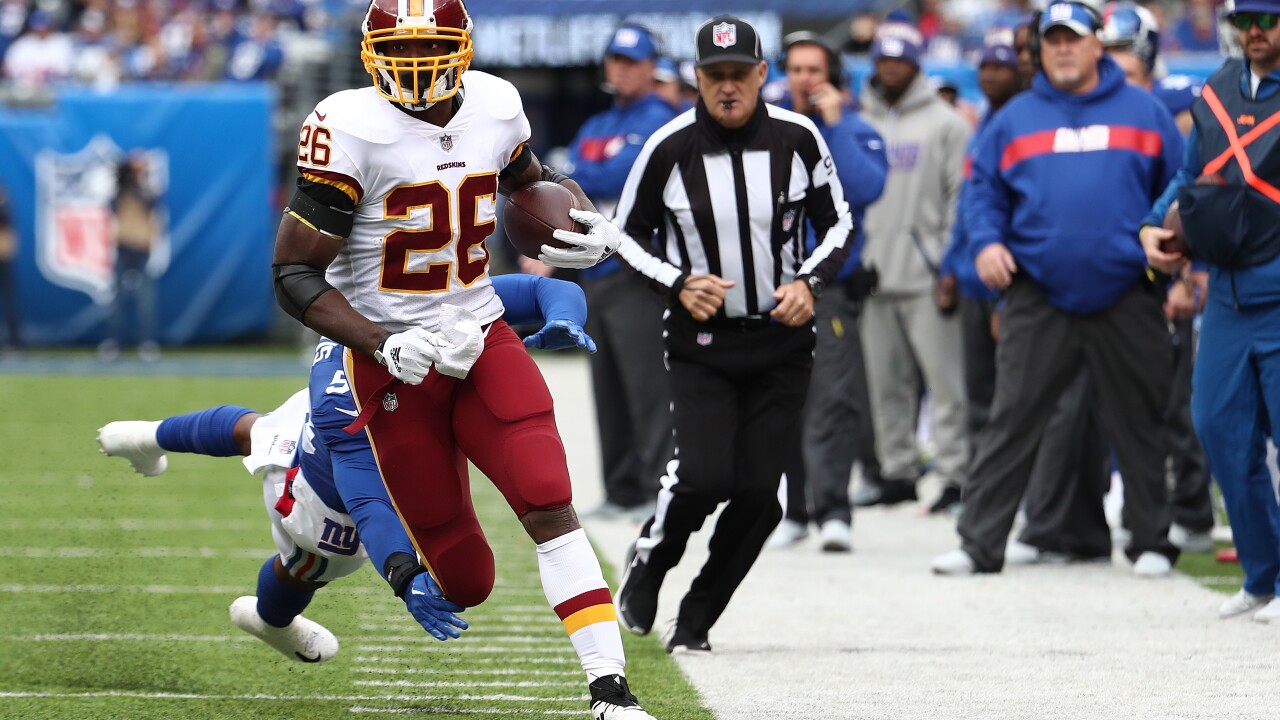 After a season-high 149 rushing yards and two total touchdowns in a win against the Giants, Redskins running back Adrian Peterson was named the NFC’s Offensive Player of the Week, the league announced on Wednesday.

The honor is Peterson’s first of the 2018 season, and the ninth in his career. Peterson also tied his season-high in carries  with 26 against the Giants.

Peterson’s tallied one rushing touchdown and one receiving score in the same game for the first time since his Vikings days in 2013.

On the season, Peterson has 587 rushing yards on 127 carries and four touchdowns.