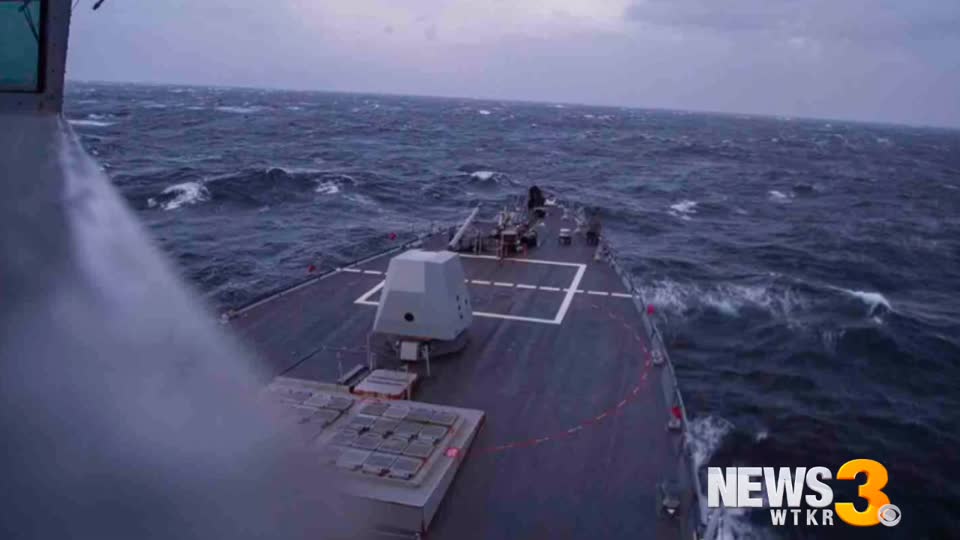 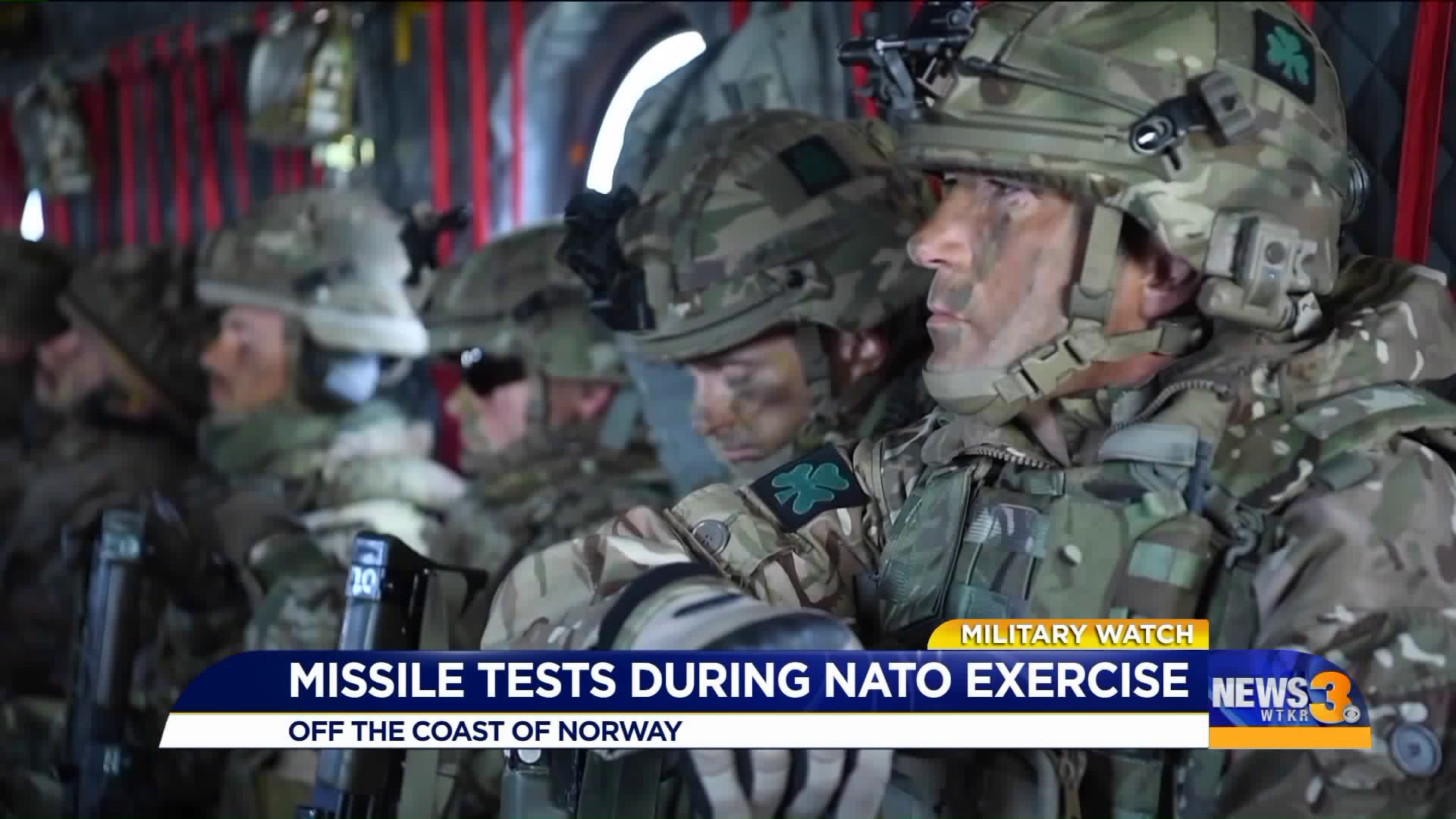 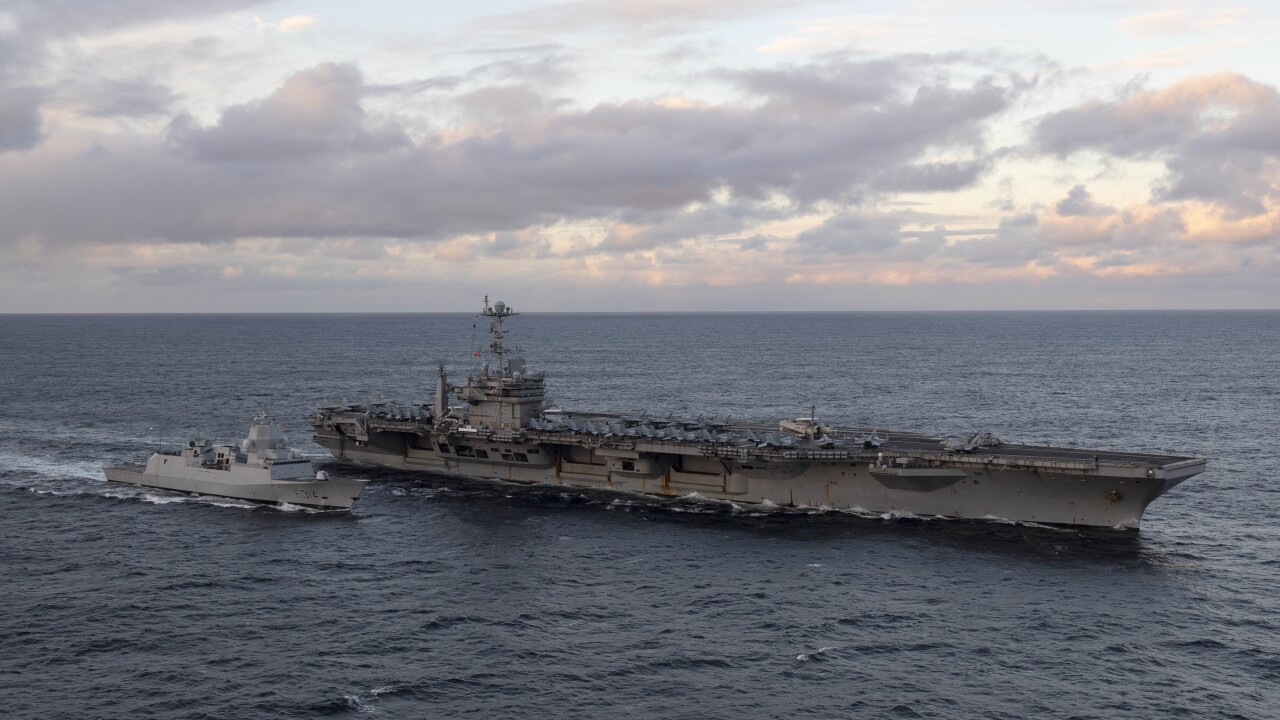 NORFOLK, Va. - Russia plans to test-fire missiles in international waters off the coast of Norway as a massive NATO-led exercise involving thousands of Hampton Roads-based Sailors continues nearby.

The Russian missile tests are expected to run Thursday through Saturday.

"We were notified last week about the planned Russian missile test outside the coast here, outside the coast here. Russia has significant forces, naval forces in this area.  They are regularly exercising their naval capabilities, maritime capabilities, off the coast of Norway.  I expect Russia to behave in a professional way and it will not change the plans of our exercise.  We will of course monitor closely what Russia does, but they operate in international waters and they have notified us in the normal way," he said.

Stoltenberg added that "this is a thing that happens quite often," and that the exercise will continue as planned.

The NATO exercise, the largest since 2002, kicked off on October 25th and is taking place in Norway, as well as parts of the North Atlantic and the Baltic Sea.

The Norfolk-based USS Harry S. Truman and several ships from its strike group are participating in Trident Juncture. The Truman became the first Navy ship to enter the Arctic Circle in nearly 30 years when it was headed to take part in the exercise.

Trident Juncture is designed to test the ability of NATO allies to defend a member nation after an aggression.

Russia, however, has called the exercise anti-Russian.

"We view the actions of the North Atlantic Alliance as an attempt to use the military-political potential of Finland and Sweden for the realization of their own short-term objectives of containing Russia under completely far-fetched and fictional pretexts," Russian Foreign Ministry Spokesperson Maria Zakharova said during a briefing in Moscow last week.

"This is a defensive exercise.  NATO is a defensive Alliance, and all nations have the right to exercise their own forces, and we are exercising on NATO territory in Norway, and we exercise with our close partners, Finland and Sweden.  We are transparent about what we do.  This is a long time planned exercise and we have also used the NATO-Russia Council to brief Russia on the exercise, and we have invited observers from the OSCE to observe the exercise," Stoltenberg said.

The live portion of Trident Juncture continues through November 7.