The United States of A-scare-ica: Each state’s favorite horror movie 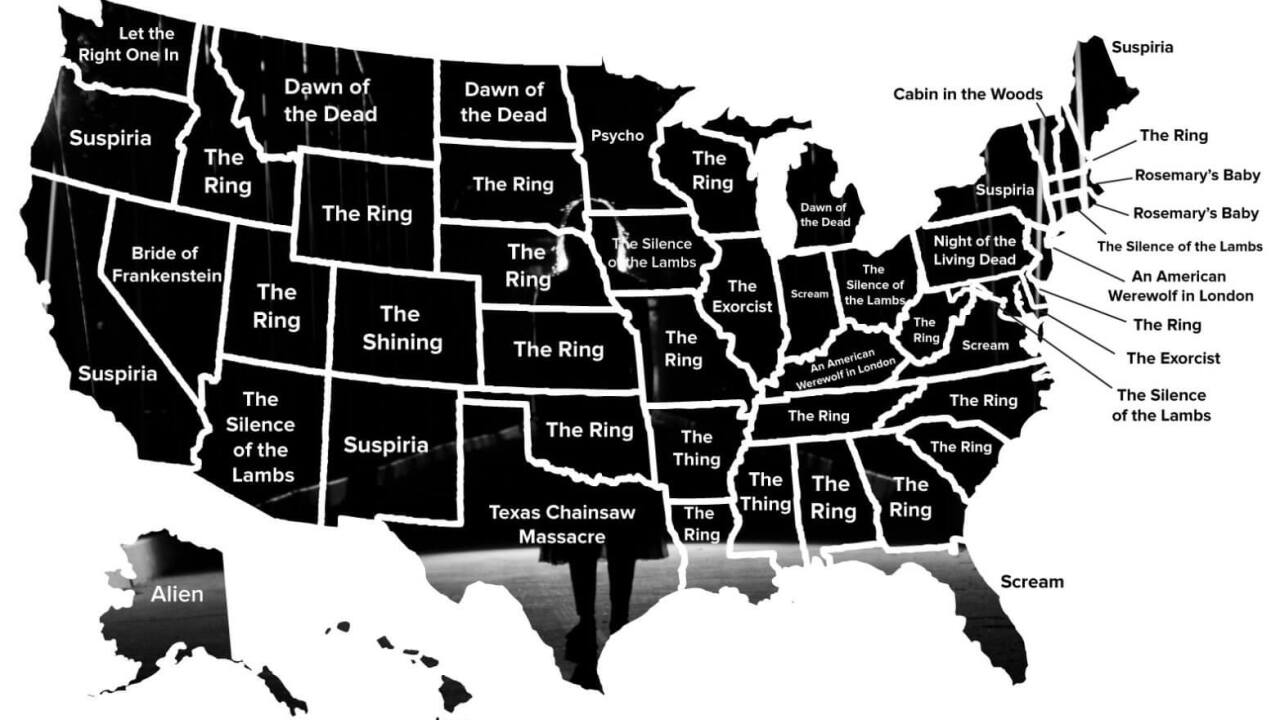 Just in time for Halloween, the staff at CableTV.com took IGN’s list of the top 25 horror movies and used 2017’s Google Trends data to see which horror films were most popular in each state. They also conducted a survey about when people start watching scary movies and which ones they found to be the scariest.

“It,” “The Exorcist” and “Saw,” respectively, were named as the top three scariest movies ever made. Those who answered “It” may be referring to the original 1990 miniseries instead of the 2017 remake, CableTV noted.

In fact, “The Ring,” a scary movie about watching a scary movie,” was the top horror movie in 18 states. The next most popular movie was “The Silence of the Lambs” – despite the fact that some may not even consider the 1991 film to be a scary movie – which was associated with five states.

CableTV noted that “The Ring” was particularly popular in the South, where it ranked number one in North Carolina, South Carolina, Alabama, Georgia, Louisiana, Oklahoma, Tennessee and West Virginia. Eight out of the 10 remaining states where the film was the most popular were heavily clustered in middle America.

The following states are where “The Ring” was the most-searched horror movie:

As far as hometown pride goes, only three states’ favorite movies were set in those states:

Below is a list of favorite horror movie by state, including the District of Columbia:

Did your favorite horror movie make an appearance on the list?