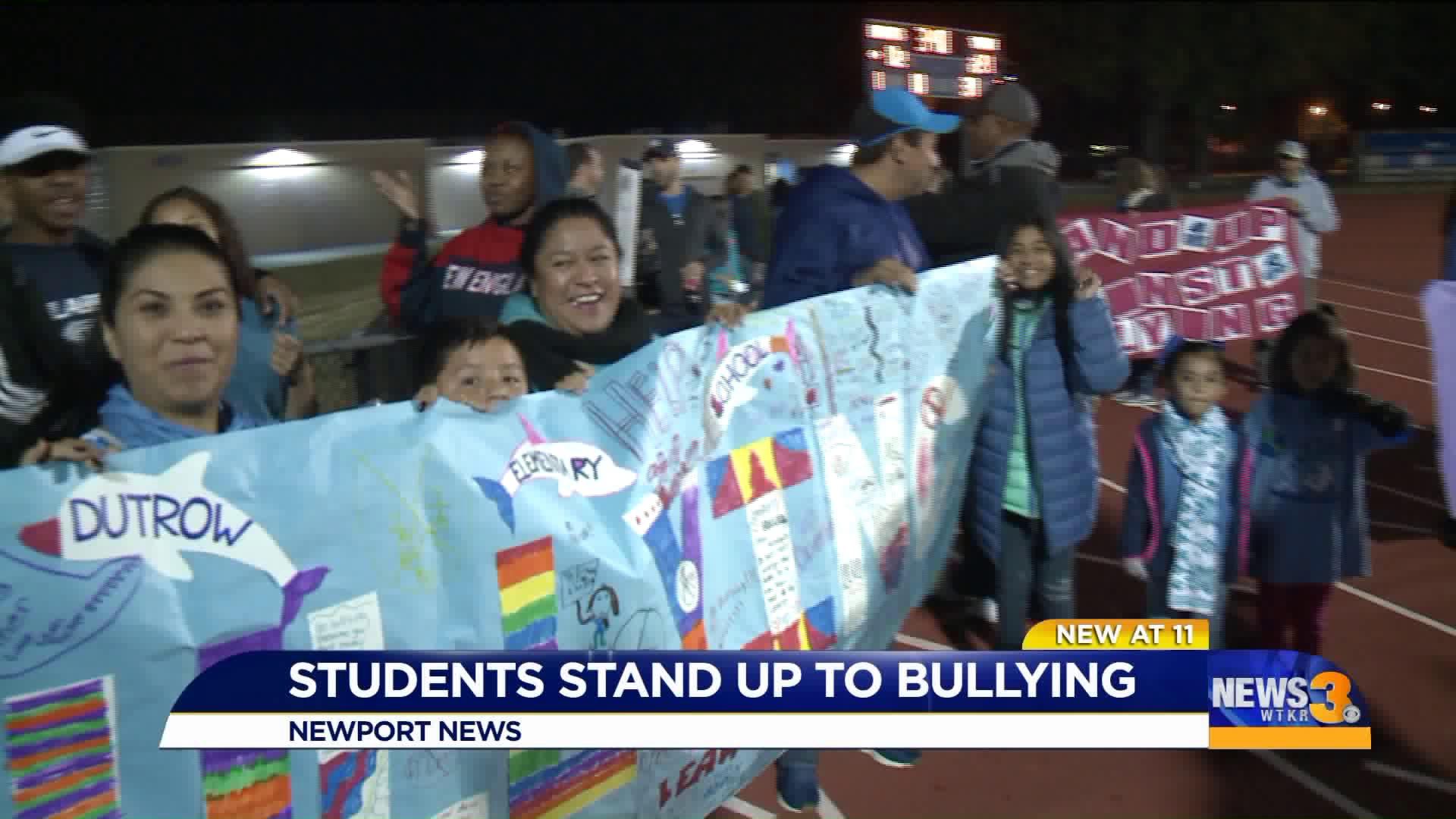 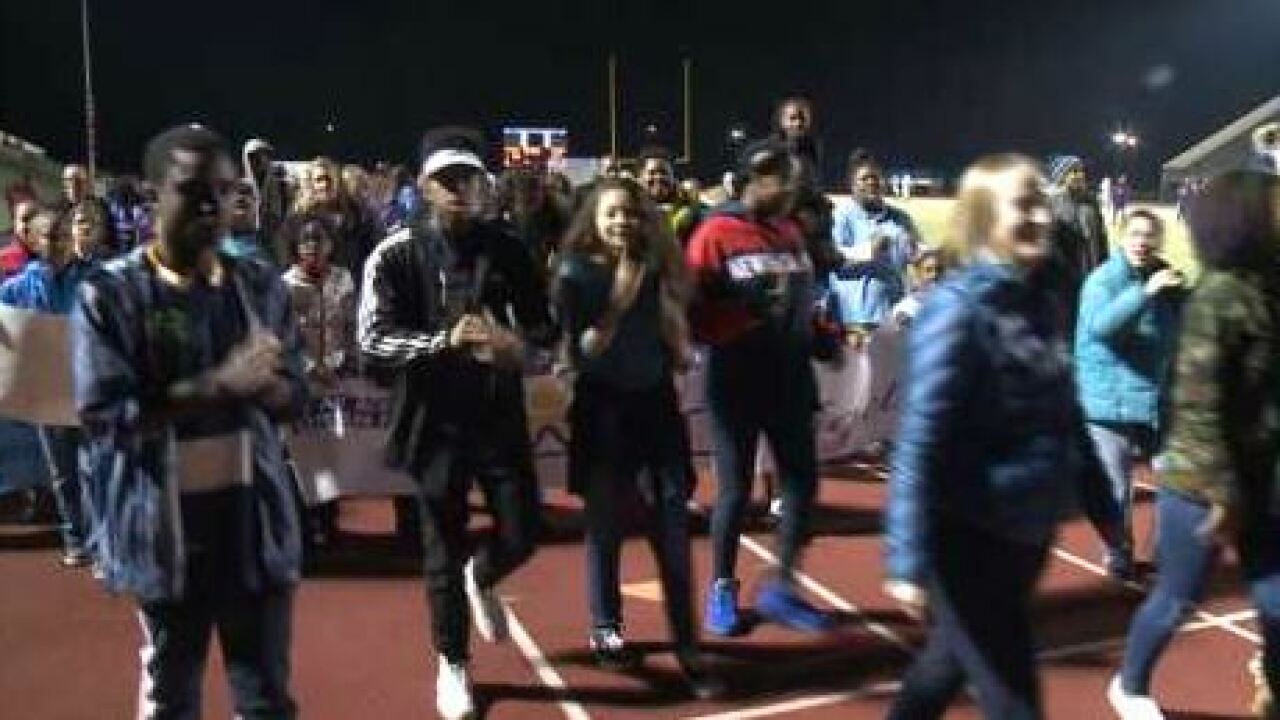 NEWPORT NEWS, Va. - In Todd Stadium, students, parents and faculty, dressed in blue to show they are standing up to bullying. During halftime at a football game between Denbigh and Menchville, the large group marched around the field.

"Bullying is a really big issue which we can't solve in one night," said student John Cho.

However, they are taking steps to tackle it. In Newport News, the Stand Up program is implemented for students of all ages. In elementary school, students are taught kindness. In middle school, they are taught to respect others while also expecting respect themselves. In high school, they learn about inclusion.

"Report it. If you see bullying - whether it’s in person or on social media - report it to an adult so someone can handle it," said student Mireya Jones.

The face of bullying has changed for the younger generation. Bullying shows up on social media because of keyboard courage and hiding behind a screen.

"Unfortunately, we have hate pages, which are dedicated to each school - posting pictures of students making fun of how they act, what they eat, stuff like that," said Cho.

The superintendent of Newport News Public Schools, George Parker III, said when it comes to bullying on social media they have to look and see if schools can intervene or not because of free speech, but they have worked on how they address bullying to make sure it has an impact on students.

"We worked on our protocols for dealing with bullying and addressing not only the victim, but also the harasser or the bully. They’re all learning how to engage in a socially acceptable manner," said Parker III.

Bullying also appears to be more prevalent with adults and elected leaders on both sides engaging in it, but the students News 3 spoke with said they are not learning not to be impacted by it.

"We might see a leader do something we don’t agree with and we know how to be vocal and speak out against it. We're very conscious about the things we choose to agree with and choose to believe in," said Jones.

In the end, the students in Newport News are hoping the march at Todd Stadium and their efforts on a chilly night can help stop bullying where they are. They hope they can spread awareness of how important it is to report any form of bullying.

"I've been bullied before and I know it's really scary to stand up to someone and say, 'Hey it's not cool.' Someone just needs to be able to take that first step into being able to do that," said Cho.