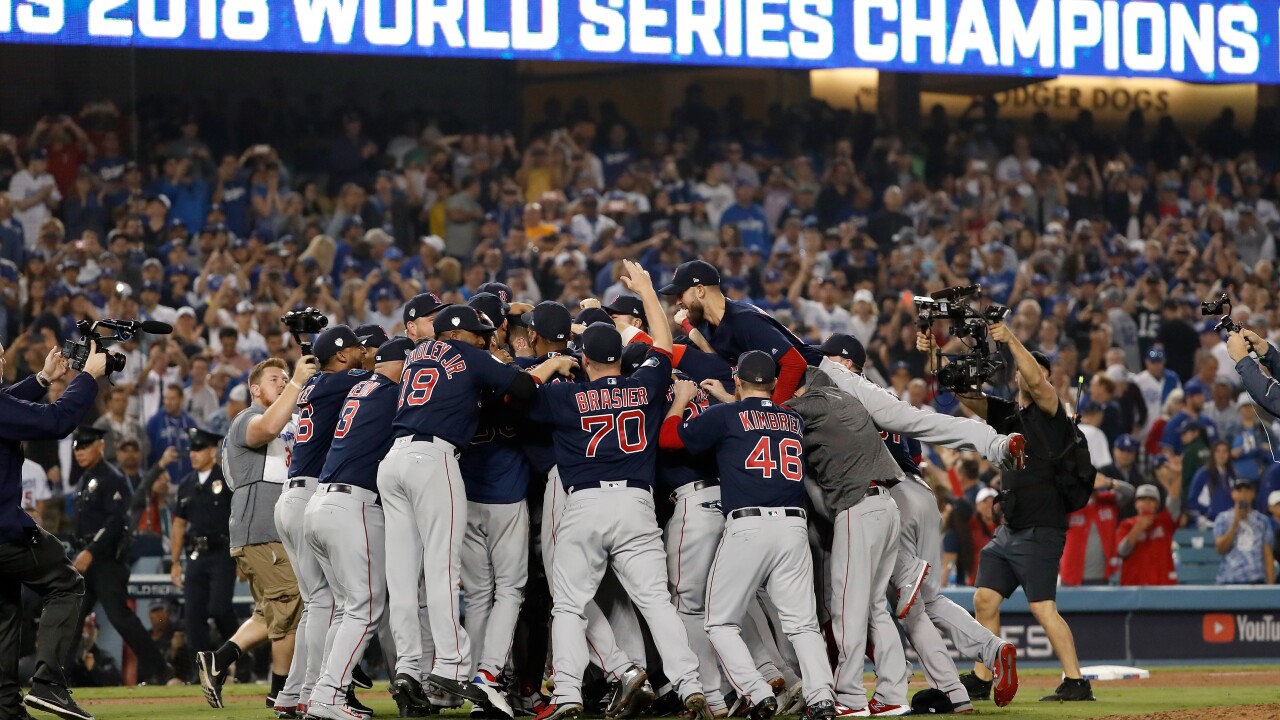 Christian Vazquez jumps into the arms of Chris Sale of the Boston Red Sox to celebrate winning the World Series. (Photo by Jeff Gross/Getty Images)

The Sox have now won four titles in a 15 year span. Boston did not win a single World Series championship between 1918 and 2004.

After losing to the Houston Astros in the 2017 World Series, the Dodgers still have yet to win a title since their last championship in 1988. 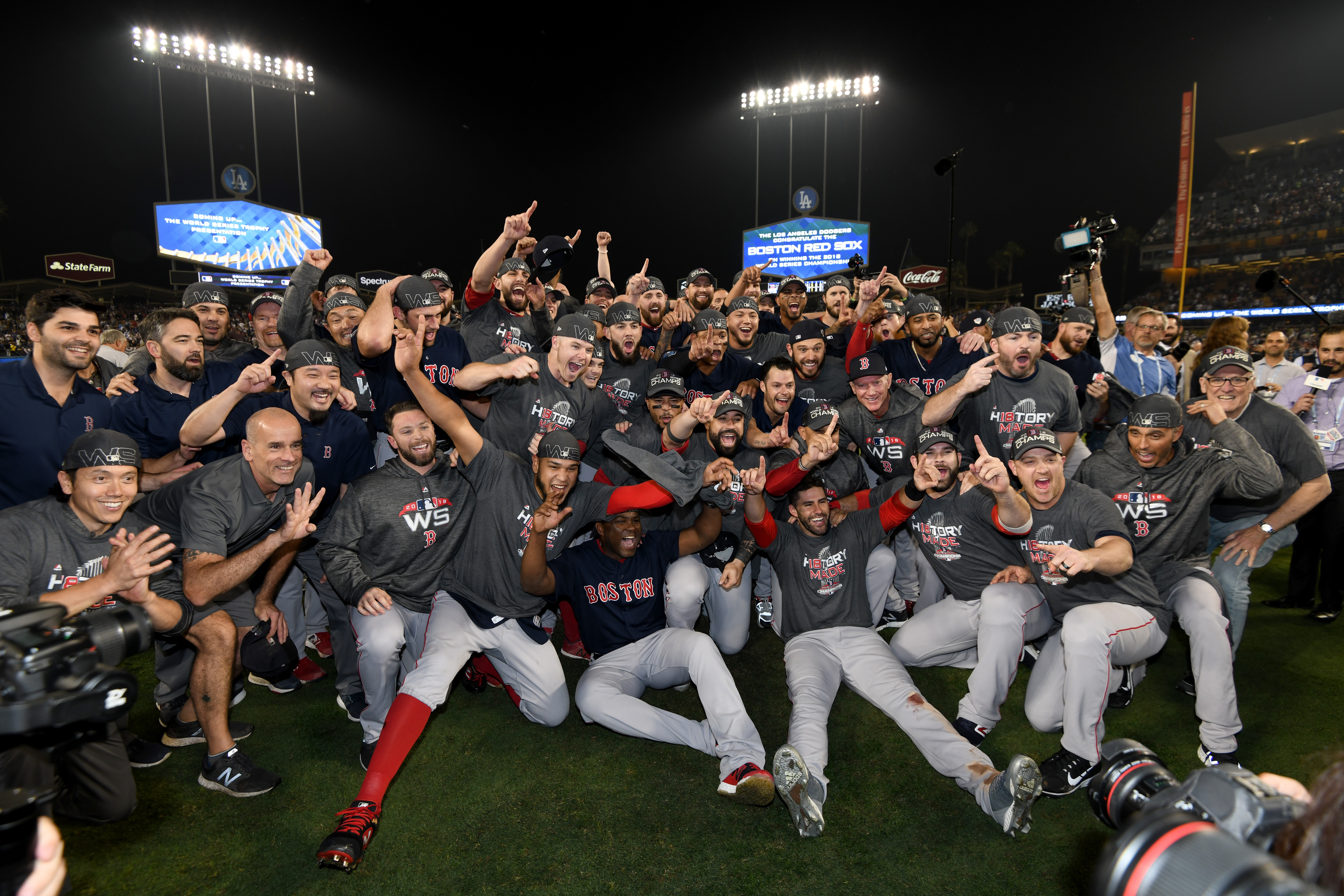