Cesar Sayoc was a DJ, bodybuilder and pizza delivery man before he became a serial bomb suspect 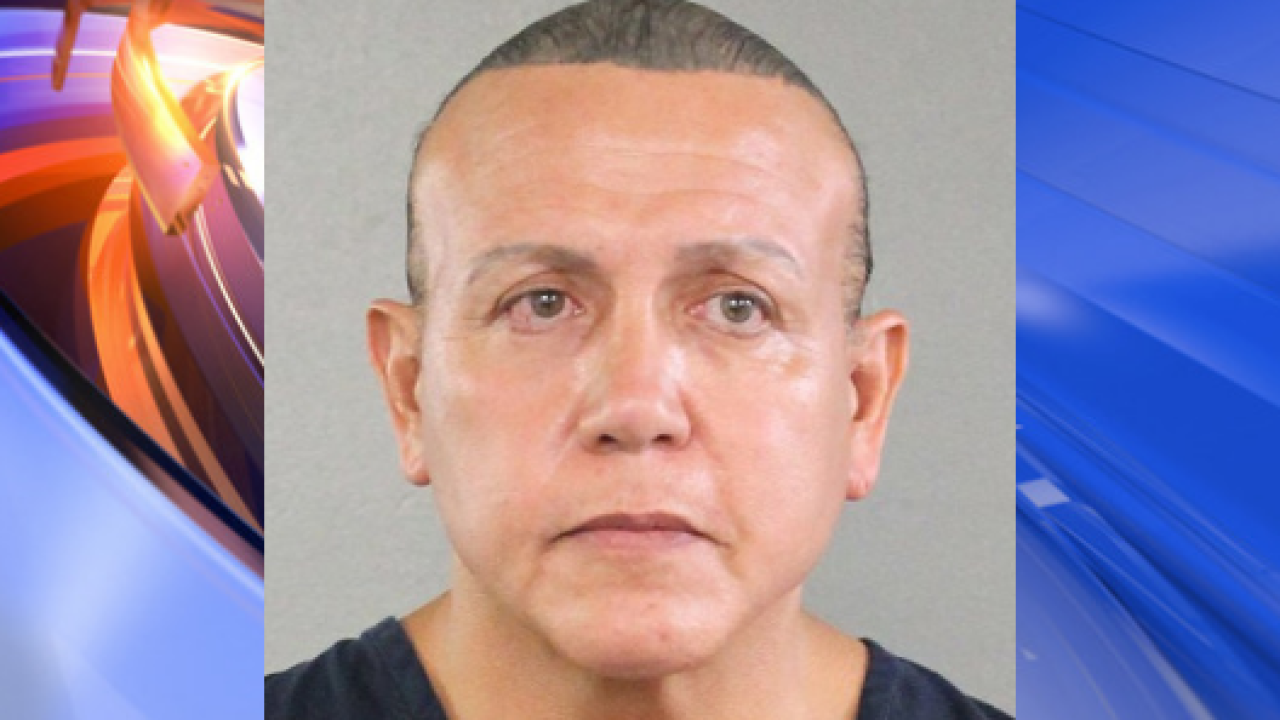 Hours before his arrest, Cesar Sayoc was playing music sets at a Florida strip club and almost no one in there knew of his political views.

“(I) never knew he was affiliated to any party whatsoever. He was a nice guy, he would make jokes, just funny,” Stacy Saccal, general manager at Ultra Gentlemen’s Club in West Palm Beach told CNN affiliate WPTV.

At least four times a week over the last two months, the 56-year-old parked his white Dodge van plastered with stickers supporting President Donald Trump and depicting some of the President’s critics with targets over their images near the club. Sometimes he would work as a DJ and other times as a bouncer.

Sayoc was arrested Friday after federal authorities said he sent 14 pipe bombs through the United States mail to prominent Democrats around the country. None of the bombs detonated and no one was injured. He’s facing several federal charges and could receive up to 48 years in prison if convicted.

As the investigation continues, here’s what we have learned about the suspected serial bombmaker.

He is a bodybuilder and former male dancer

Sayoc, a resident of Aventura, Florida, is a bodybuilder who worked as a male dancer for several years and most recently as a pizza driver.

On his LinkedIn account, Sayoc described himself as a choreographer and booking agent for male strippers and burlesque shows.

On Twitter, he said he is a “Current Booking Agent/Sales/Marketing/Promotions/Project Mgr Live Events” at Seminole Hard Rock Live in Hollywood, Florida.

In a statement, the Seminole Tribe of Florida, Seminole Gaming and Hard Rock International said there was “no evidence” the suspect is or was a member or was employed by any of the three groups. They also said they could not immediately “verify if he is or was an employee of a vendor company.”

A cousin, Lenny Altieri, said Sayoc went to good schools and was well educated. “Brains and common sense are not synonymous,” he said.

Sayoc attended the University of North Carolina at Charlotte from 1983 to 1984 but did not graduate, the school’s communications office said. He was an undeclared major who played on the soccer team.

He also attended Brevard College in North Carolina, a school spokeswoman said. He enrolled at Brevard in fall 1980, attended classes there for three semesters but didn’t graduate.

He used to deliver food for a pizza restaurant in Fort Lauderdale until he quit last January. He said he had gotten a job driving a hazardous waste truck in North Carolina, his manager Debra Gureghian said.

He appeared to be living in his van

He has been estranged from his family for several years.

But an attorney representing Sayoc’s family said he has not visited his mom’s condo in Aventura for at least three years.

His mother and sisters had urged him to seek medical treatment because he struggled with “a lack of comprehension of reality,” attorney Ronald S. Lowy said.

“He thinks there’s nothing wrong with him,” Lowy said in a telephone interview, shortly after meeting with the suspect’s family on Friday.

Lowy, the family attorney, said Sayoc’s father is Filipino and his mother is Italian. He said Sayoc was not politically active when he met him.

It appears that he was kicked out by his parents and had been living in the white Dodge van where he was found Friday, a law enforcement official said.

He has a lengthy criminal history

Sayoc’s past is marked by encounters with law enforcement.

Court records show he had been arrested at least nine times, mostly in Florida, for accusations of grand theft, battery, fraud, drug possession and probation violations.

In 2002, he was arrested after Miami police said he threatened to bomb a power company saying “it would be worse than September 11th.”

“The defendant contacted a rep (from) Florida Power and Light Co. … by telephone and threatened to blow up FPL,” a Miami Police Department report about the incident reads.

The caller “threatened to blow up the building if FP&L turned off his light,” the report reads.

He pleaded guilty to the offense, records show, and was sentenced to one year of probation.

In 2014, he was arrested after stealing copper pipes at a Home Depot, to which he also pleaded guilty, records show.

He is a bigot, former boss says

Gureghian, the general manager of New River Pizza and Fresh Kitchen in Fort Lauderdale, said Sayoc was open with her about his views. He calls himself a white supremacist and dislikes gay people, African Americans, Jews, and anybody who isn’t white, she said.

Gureghian said Sayoc told her that lesbians like her and other minorities should be put on an island. And though he liked her, he told her she would burn in hell, she told CNN.

Even though she hated his political leanings, Gureghian said she didn’t fire him because he did his job and there were no complaints.

“He was a model employee,” she said, adding that she “can’t understand” how he would allegedly send mail bombs.

William F. Nicol says he took these photos in the TD Bank parking lot in Hallandale Beach, Florida on February 12, 2017.

He posted anti-Muslim memes and continuous attacks to politicians

To some of his colleagues, Sayoc was not particularly involved in politics but his social media accounts and his van tell a different story.

In 2016, Sayoc registered to vote as a Republican in Florida and a Facebook video showed him in a “Make America Great Again” hat at a Trump rally.

He was prolific on his two Facebook accounts and three Twitter feeds, often posting provocative photos and memes attacking liberals.

He attacked Tallahassee Mayor Andrew Gillum, the Democratic nominee in the Florida governor’s race, more than 80 times in October alone.

In other posts, Sayoc shared several conspiracy theories, memes and articles slamming former Secretary of State Hillary Clinton, who ran against Trump in the 2016 presidential election.

On September 20, in response to a Trump tweet, Sayoc posted a self-shot video of himself at what appears to be a Trump rally.

The text of the tweet threatened former Vice President Joe Biden and former Attorney General Eric Holder, both of whom were targeted by improvised explosive devices discovered this week.

“Go Trump Trump Trump hey Joseph Robinette Biden Jr. And Eric Himpton Holder Sr. Stick your BS all crap you talk where sun doesn’t shine . We will meet your threats right to your face soon.Not option we will see you soon .Hug loved ones real close we aren’t ones,” the tweet read.

But he spoke about bombs only twice on Twitter and the context of those posts isn’t entirely clear.

Sayoc also posted virulently anti-Muslim memes and published the address of billionaire investor and Democratic donor George Soros, and photos of the homes of some of the people who later received bombs in the mail.

As recently as Wednesday, Sayoc posted a tweet that was critical of Soros, former President Barack Obama and others. A package to Soros was recovered two days earlier, on Monday.

And about two weeks ago, Sayoc tweeted at a political analyst.

“We will see you 4 sure.Hug your loved ones real close every time you leave you home,” the tweet read in part.

Rochelle Ritchie reported it as abuse but Twitter said it wasn’t a violation of its rules.

A Facebook spokesperson told CNN that the company had removed Sayoc’s account on Friday. The spokesperson said that several of Sayoc’s previous posts had violated Facebook’s community standards, and had been removed before he was arrested, but that none of his posts which were reported to or discovered by Facebook contained violations of its rules severe enough to remove the account entirely.

Sayoc was not previously known to the Secret Service, law enforcement sources said.