Richard Spencer, 9 others banned from University of Virginia campus for 4 years 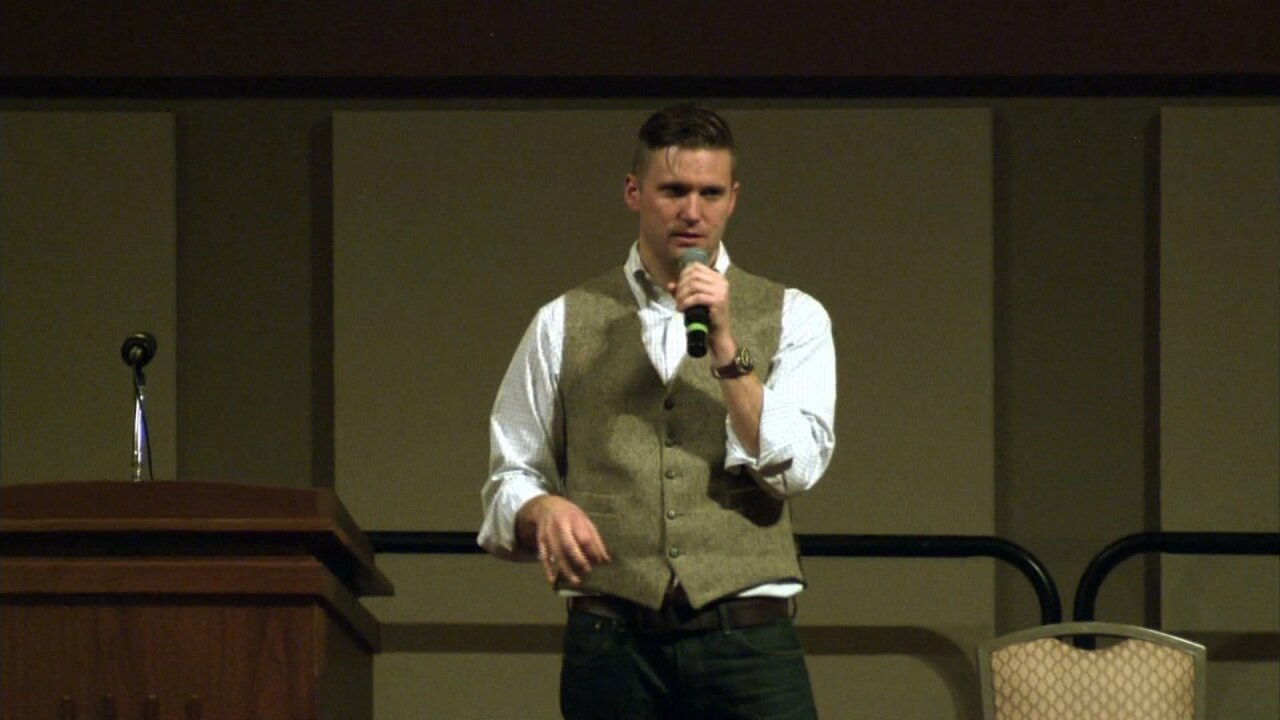 (FILE PHOTO) Richard Spencer is banned from the University of Virginia campus for 4 years.

The University of Virginia has issued “trespass warnings” that ban white nationalist Richard Spencer and nine other people from the campus for four years because of their involvement in the violent “Unite the Right” demonstrations in August 2017, the school said Friday.

Click here for our full coverage on the Charlottesville protest

Spencer, a graduate of the university, organized the August 11, 2017, torchlight march across the campus and gave a speech in front of the Thomas Jefferson statue in which he took credit for “defeating” counterprotesters, the university said. He also issued written and video statements in which he said his group surrounded anti-racist protesters and “wouldn’t let them out,” the school added.

The next day, riots broke out during protests, which led to dozens of injuries and the death of counterprotester Heather Heyer, who was struck by a vehicle.

CNN reached out to Spencer for comment, but he did not immediately reply.

Campus police conducted a year-long investigation before issuing the warnings, the university said.

“Law enforcement identified these individuals as either committing or conspiring with others to carry out acts of violence or other conduct that directly threatened the health and safety of members of the community and other people on Grounds,” Assistant Vice President and Chief of Police Tommye Sutton said. “We have drawn a distinction between free speech and conduct that is aimed to intimidate others and promote violence. Such conduct and intimidation will not be tolerated.”

Violation of the trespass warning would be considered a misdemeanor.

Daley, Miselis, Gillen and White were arrested earlier this month and charged with inciting rioting and assaulting counterprotesters during the rally in Charlottesville.

The university issued a trespass warning in April to Jason Kessler, a school alumnus who also helped organize the Unite the Right rally, the school said.