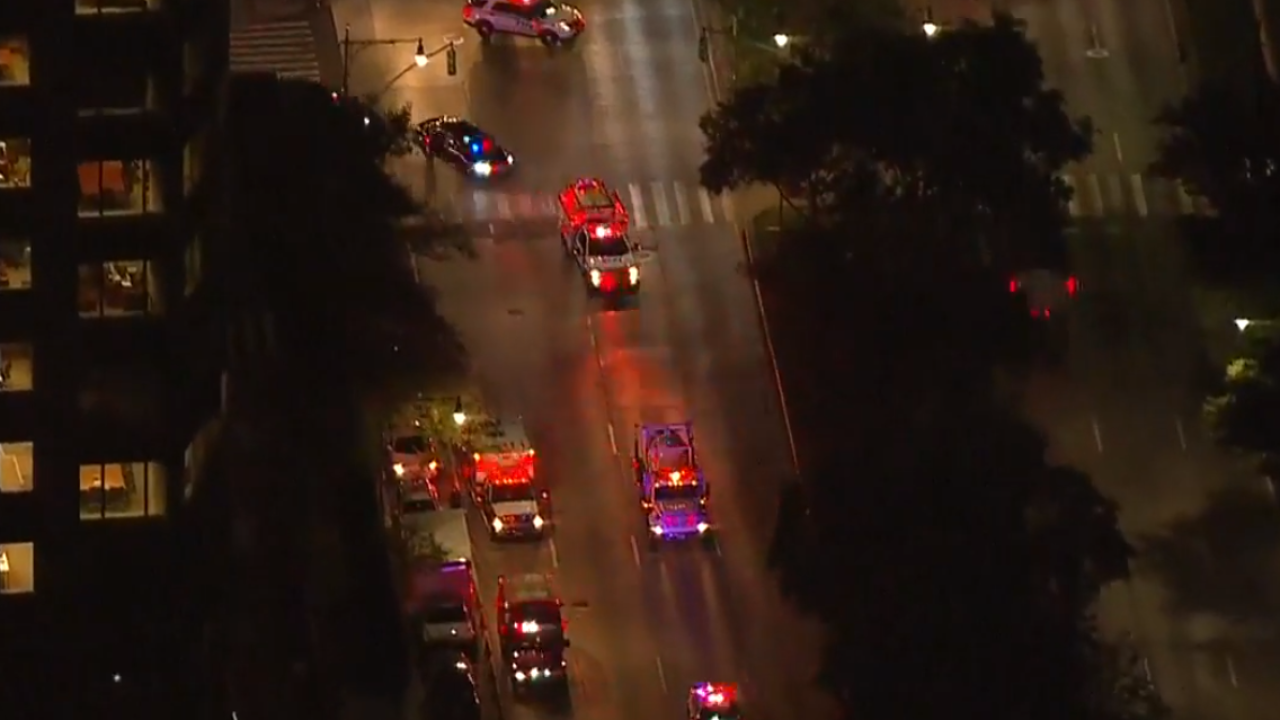 The nationwide manhunt for the person or people who sent 10 potential bombs to critics of President Donald Trump and CNN’s office in New York led authorities to a mail facility in South Florida on Thursday night.

Several of the packages went through a US Postal facility in Opa-locka, Florida, two law enforcement officials familiar with the investigation said.

On Thursday night, the Miami-Dade County Police Department said it was assisting federal agents who were at the facility as part of the ongoing investigation.

“This assistance is as a precautionary measure,” the department tweeted. “We cannot provide additional information at this time due to the active nature of this federal investigation.”

The news came on a day when three more packages with potential bombs were discovered. A total of 10 devices, none of which exploded, have been found, including two packages addressed to former Vice President Joe Biden.

Earlier Thursday, a suspicious package addressed to acting legend and Trump critic Robert De Niro was reported at the Manhattan building where his production company is based.

Law enforcement authorities are treating the bombs as a domestic terror matter.

All 10 packages went through the US mail, according to multiple law enforcement officials familiar with the investigation.

George Soros, a billionaire philanthropist who has backed Democrats, also uses a courier that picks up his mail at a post office, goes through and delivers the filtered items to his home, the source said. It is possible that the private company hired to handle his mail was the one that delivered the package to his home.

Some packages are thought to have been sent through first-class mail, another source familiar with the investigation said.

The bombs were taken to an FBI lab in Quantico, Virginia, officials said.

A law enforcement official familiar with the investigation said a suspicious powder from one package was tested and initially deemed not to be anthrax or a known agent. The source added that there will be more testing over the coming days.

Questions about the bombmaker

One key question authorities are puzzling over is why none of the apparent bombs detonated, a law enforcement source said, raising questions about the skill and motive of the bombmaker.

The FBI called them “potentially destructive devices” — so either the bombmaker was good enough to ensure none would go off and never intended them to explode, or they were poorly constructed.

The presence of what is believed to be pyrotechnic powder is one reason why authorities consider them to be potentially destructive, though it appears they were handled through the postal system — where they were jostled and moved — without any explosion.

Outside experts have pointed to the lack of a triggering mechanism, suggesting they were never meant to explode.

“Whoever is doing this is just trying to elicit a fear or disrupt something,” said Ryan Morris, founder of Tripwire Operations Group, a company that provides explosives training to law enforcement and military officials. He had examined images of the devices sent to Soros and to CNN’s New York offices.

“There are a multitude of more sophisticated methodologies that would have worked if they really wanted this to work,” he added.

The devices included very common components, making it more difficult to get clues from the signature of the bomb. But the components could still provide clues — like the clock and the tape used.

The motive is unknown, but the recipients are all prominent targets of right-wing criticism and, in many cases, of Trump himself.

Authorities are not giving credence to the reports of an image of the ISIS flag on the device, the source said, suggesting they do not believe it’s international terrorism. The image appears to be a spoof of an ISIS flag that has been widely circulated on the Internet, an image that essentially parodies the ISIS flag, the source added.

When asked by a reporter whether there might be more bombs that have yet to be discovered, New York police Commissioner James O’Neill said it was unclear.

“But with the postal services that are here, we’re doing our best to make sure that if there are any out there we identify them quickly,” he said.