Arrest made in connection to suspicious packages addressed to U.S. politicians 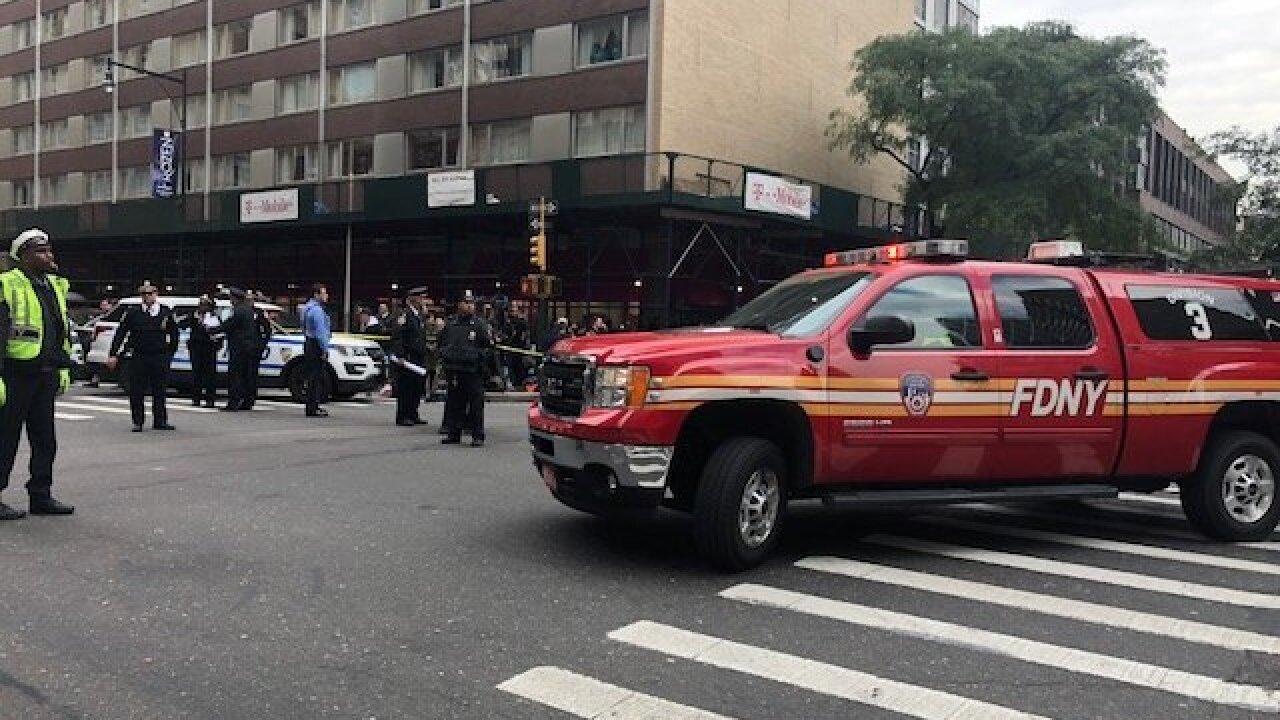 A law enforcement official tells CNN the NYPD is responding to suspicious package at a postal facility with the address of 322 West 52nd street.

Federal authorities have arrested a man in connection to the suspected explosive packages discovered this week, the Justice Department announced Friday.

Multiple law enforcement sources identified the suspect as Cesar Sayoc, 56. He has an Aventura, Florida, address, and was arrested at a business in Plantation, about 20 miles away in South Florida. He has a criminal history and ties to New York, the sources added.

A white van — adorned with images of President Donald Trump and Vice President Mike Pence, as well as a “CNN Sucks” sticker — in Plantation was towed away to Miramar, Florida, where an FBI field office is located, a law enforcement official said.

The #FBI can confirm we have one person in custody. There will be a press conference in Washington, D.C. at the Department of Justice at 2:30pm ET.

Speaking at the White House Friday afternoon, Trump congratulated law enforcement on the arrest and denounced what he called “terrorizing acts.” He also called for unity: “peace and love and harmony as fellow Americans.”

His remarks came after he has blamed the media this week for rising “anger” in the country while refusing to acknowledge his own role in contributing to divisive rhetoric in the public discourse.

“We must never allow political violence to take root in America,” Trump said at one point. “I’m committed to doing everything in my power as President to stop it.”

As the situation initially unfolded mid-morning — before the arrest was announced — the President complained on Twitter that the news media was busy reporting on “‘Bomb’ stuff” and not politics.

“Republicans are doing so well in early voting, and at the polls, and now this ‘Bomb’ stuff happens and the momentum greatly slows – news not talking politics. Very unfortunate, what is going on. Republicans, go out and vote!” Trump tweeted.

DNA found on at least one of the packages, as well as Sayoc’s cell phone, helped investigators identify him, multiple law enforcement officials said. He was not previously known to the Secret Service, law enforcement sources said, but Florida records show a string of arrests dating back to the early 1990s.

Notable among them is a 2002 arrest by Miami police for an offense described in online records as a “threat to bomb” and “threaten to discharge destructive device.” A police report at the time shows that he threatened to blow up a power company and that “it would be worse than September 11th.”

The online records do not provide details about the case. They show that Sayoc pleaded guilty and was sentenced to one year of probation. There is also a notation about the ajudication being withheld.

The records show a total of eight arrests for offenses, including grand theft, battery, fraud and drug possession, as well as multiple probation violations. In 2014, he was arrested after stealing copper pipes at a Home Depot, to which he plead guilty.

The adjudication of each of the arrests could not immediately be determined from the summary of offenses provided by the Florida Department of Law Enforcement. Sayoc appears to have pleaded no contest to some offenses. Prosecutors appear to have dropped charges in other matters.

Sayoc also was arrested in North Carolina in 1999 on a stolen vehicle charge, which was later dismissed.

Florida voting records show Sayoc is a registered Republican. He filed for bankruptcy in 2012.

Location map of all 12 of the suspicious packages found.

The package intended for Clapper also was addressed to CNN, a law enforcement official said. It was found at a New York City postal facility and was similar to the other packages, the official added.

Clapper, who has frequently criticized Trump, vowed to CNN Friday morning that he wouldn’t be intimidated in light of the discovery.

“I do want to just echo one thing that John Brennan said and that this is not going to silence the administration’s critics,” Clapper said.

By Thursday night, the investigation had worked its way to a mail facility in Opa-locka, Florida, located about 13 miles north of Miami.

One key question authorities are asking is why none of the apparent bombs detonated, a law enforcement source said, raising questions about the skill and motive of the bombmaker.

The FBI called them “potentially destructive devices” — so either the bombmaker was good enough to ensure none would go off and never intended them to explode, or they were poorly constructed.

The presence of what is believed to be pyrotechnic powder is one reason why authorities consider them to be potentially destructive, though it appears they were handled through the postal system — where they were jostled and moved — without any explosion.

Outside experts have pointed to the lack of a triggering mechanism, suggesting they were never meant to explode.

The devices included very common components, making it more difficult to get clues from the signature of the bomb. But the components could have still provided clues — like the clock and the tape used.