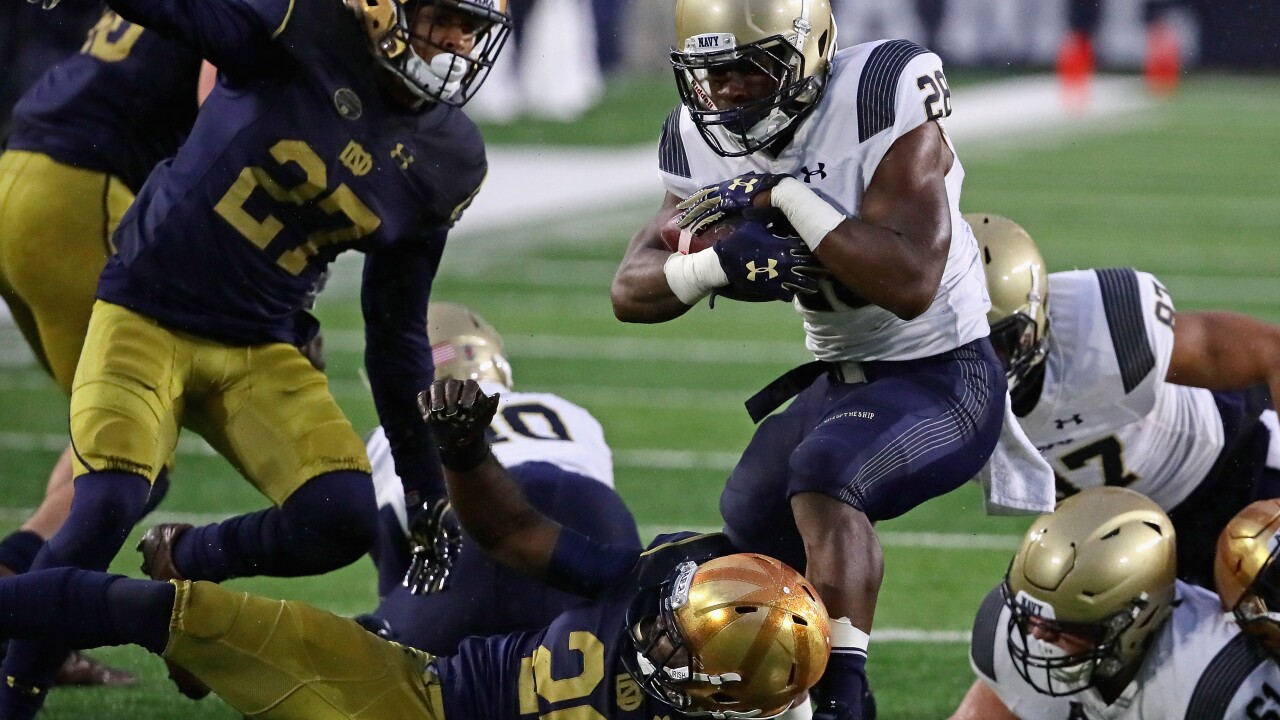 SAN DIEGO, Calif. – Navy and No. 3 Notre Dame, longest continuous intersectional rivalry in the country, will meet for the 92nd time Saturday. The game, a contest in which the winning team receives the “Rip” Miller Trophy, will be broadcast LIVE on News 3 in Hampton Roads.

While it’s the 92nd all-time meeting between the Fighting Irish (7-and-0) and Midshipmen (2-and-5), it’s the first game between the two programs played in San Diego. Kickoff is set for 8:00 pm Eastern Time at San Diego County Credit Union Stadium.

The 3rd ranked and undefeated Irish are one of five remaining undefeated teams in the FBS after the first eight weeks of the 2018 season. Only twice in series history has an unranked Navy team beaten a ranked Notre Dame team.

Saturday will be the 57th meeting between the teams at a neutral site. The series has been played in Baltimore; Chicago; Cleveland; Dublin, Ireland; East Rutherford, New Jersey; Landover, Maryland; Orlando, Florida and Philadelphia. The series returns to Ireland in 2020.

The Fighting Irish lead the all-time series, 77-13-1, but four of the last five games have been decided by 10 points or less. The Irish hung on to defeat Navy, 24-17, last year in South Bend, while the Mids defeated Notre Dame, 28-27, in 2016 in Jacksonville. Since Ken Niumatalolo took over as the head coach in 2008, Navy has either beaten Notre Dame or lost by one possession in six of the 10 games with one other game being decided by 10 points.

Unlike most rivalry trophies which are kept by the winning team, the “Rip” Miller Trophy physically embodies the bond which unites Notre Dame and Navy. The trophy is named for Edgar “Rip” Miller, a member of Notre Dame’s 1924 national championship team who served Navy for 48 years as a coach and administrator. Making its debut in 2011, the trophy features two identical halves which are permanently retained by Notre Dame and Navy and reunited on game days.

According to Slap the Sign, since 2010, Notre Dame is 2-and-8 in games played west of the Rocky Mountains.