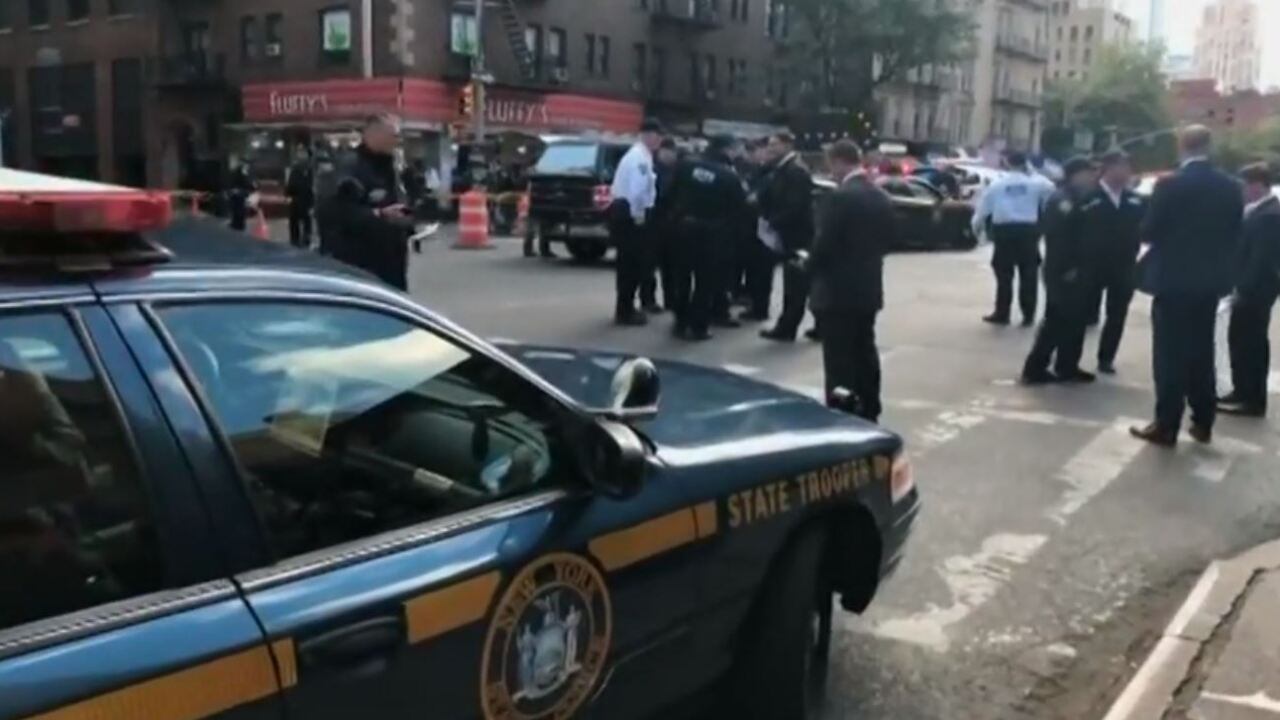 The bombs found this week were intended for at least seven officials, including Hillary Clinton, Barack Obama and Democratic Rep. Maxine Waters. Law enforcement officials said they believe they’ve tracked down another suspicious package sent to former Vice President Joe Biden, and the FBI says additional packages may have been mailed to other locations.

Another device was discovered early Thursday at an office in New York associated with actor Robert De Niro.

None of the bombs detonated and no one was injured. Here’s a breakdown of what we know:

The packages had a similar return address

The pipe bombs were sent to a mix of office and residential addresses, and appeared to target some of the people President Donald Trump criticizes frequently. The five packages discovered Tuesday and Wednesday had a similar return address: That of Democratic Rep. Debbie Wasserman Schultz, but with her last name misspelled. There is no information to suggest she sent the packages.

Barack Obama: The package sent to the former president was intercepted in Washington, D.C., during routine mail screening procedures, the Secret Service said.

Bill and Hillary Clinton: The package was addressed to their residence in Chappaqua, New York, and was intercepted Tuesday night by the Secret Service during routine mail inspection.

Eric Holder: The package was addressed to the former attorney general, but sent to the Florida office of Schultz, whose return address was on the package.

Maxine Waters: One package was sent to the Democratic congresswoman’s office in Washington and a second package addressed to her was found at a postal facility in Los Angeles. It matches the description of those sent to the other officials.

John Brennan: The “live explosive device” was delivered by courier to CNN’s offices in New York. The former CIA director frequently appears on CNN. The NYPD said an envelope containing white powder also was found as part of the device’s original packaging.

They came in similar packaging

The devices sent to Soros, Brennan and the Democratic officials appeared to be pipe bombs, said Bryan Paarmann, FBI special agent in charge of the counterterrorism division in New York.

An initial examination shows they are are rudimentary but functional, and have similar construction. At least one contained projectiles, including shards of glass, a law enforcement official told CNN. The bombs were unstable and could have been set off just by handling, sources said.

The packages sent to all but Biden are in manila envelopes with bubble wrap interior, the FBI said. Each package had six American flag Forever stamps on the envelope.

The bombs were likely meant to be found and create panic, explosives experts say.

The devices had suspicious-looking packaging, and at least one had a timer that can be bought for a few dollars online and should be easily detected when mailed or delivered.

Ryan Morris, founder of Tripwire Operations Group, a company that provides explosives training to law enforcement and military officials, said that by examining images of two devices — the one found Monday at Soros’ home and the one sent to CNN’s New York offices on Wednesday — it looked like they were real devices that would cause serious bodily injury or death.

“Whoever is doing this is just trying to elicit a fear or disrupt something,” Morris said. “There are a multitude of more sophisticated methodologies that would have worked if they really wanted this to work.”

Despite a chaotic day of what appeared to be an attempted large-scale attack on prominent Democratic figures, Trump pointed the finger at his opponents and the news media for the turbulent national political environment.

“Any acts or threats of political violence are an attack on our democracy itself. No nation can succeed that tolerates violence or the threat of violence as a method of political intimidation, corrosion or control, we all know that,” he said Wednesday night.

He said it’s the news media’s responsibility to set the national political tone. Then he resumed his attacks on Democrats, including one falsely claiming they are allowing immigrants to enter the county illegally.

Thursday morning, the President tweeted that the media is to blame for much of the anger in society.

“A very big part of the Anger we see today in our society is caused by the purposely false and inaccurate reporting of the Mainstream Media that I refer to as Fake News,” Trump tweeted. “It has gotten so bad and hateful that it is beyond description.”

“Mainstream Media must clean up its act, FAST!” he continued.