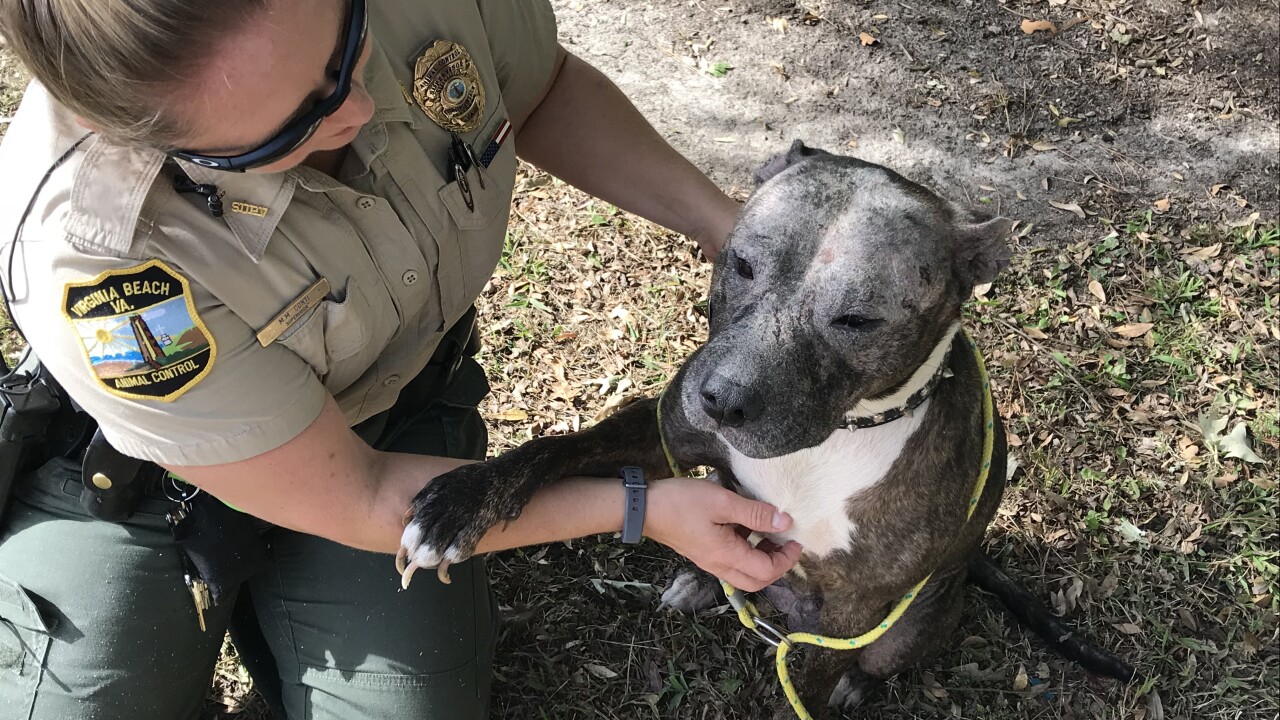 VIRGINIA BEACH, Va. - Virginia Beach Animal Control is looking for two people who left their dog inside a home from which they were recently evicted.

According to Animal Control, they responded with the sheriff's department to a home on Bridle Creek Boulevard to assist with an eviction. When they arrived to the home, Animal Control says the people who lived there were already gone, but their dog was left behind.

"She is missing hair. There are parts of her skin that almost look like an elephant's skin," explained Meghan Conti with Animal Control. "So sore and so irritated for so long; it's just sad."

Conti said with proper treatment and care, the dog will recover from her injuries, but they still want to talk to her owners, whom they have not been able to find.

"We are starting to reach out to the owners to try and identify if there is some underlying information that we aren’t aware of," Conti said.

So far, no charges have been filed against the couple, but that could change. Neighbors say several animals lived at the home, making Animal Control's desire to find the couple even more pressing.

"We are reaching out to the owners to try and have them contact us and contact the officer that is investigating," Conti said.

Virginia Beach Animal Control is petitioning to take ownership of the dog. That court proceeding is scheduled for Monday afternoon.