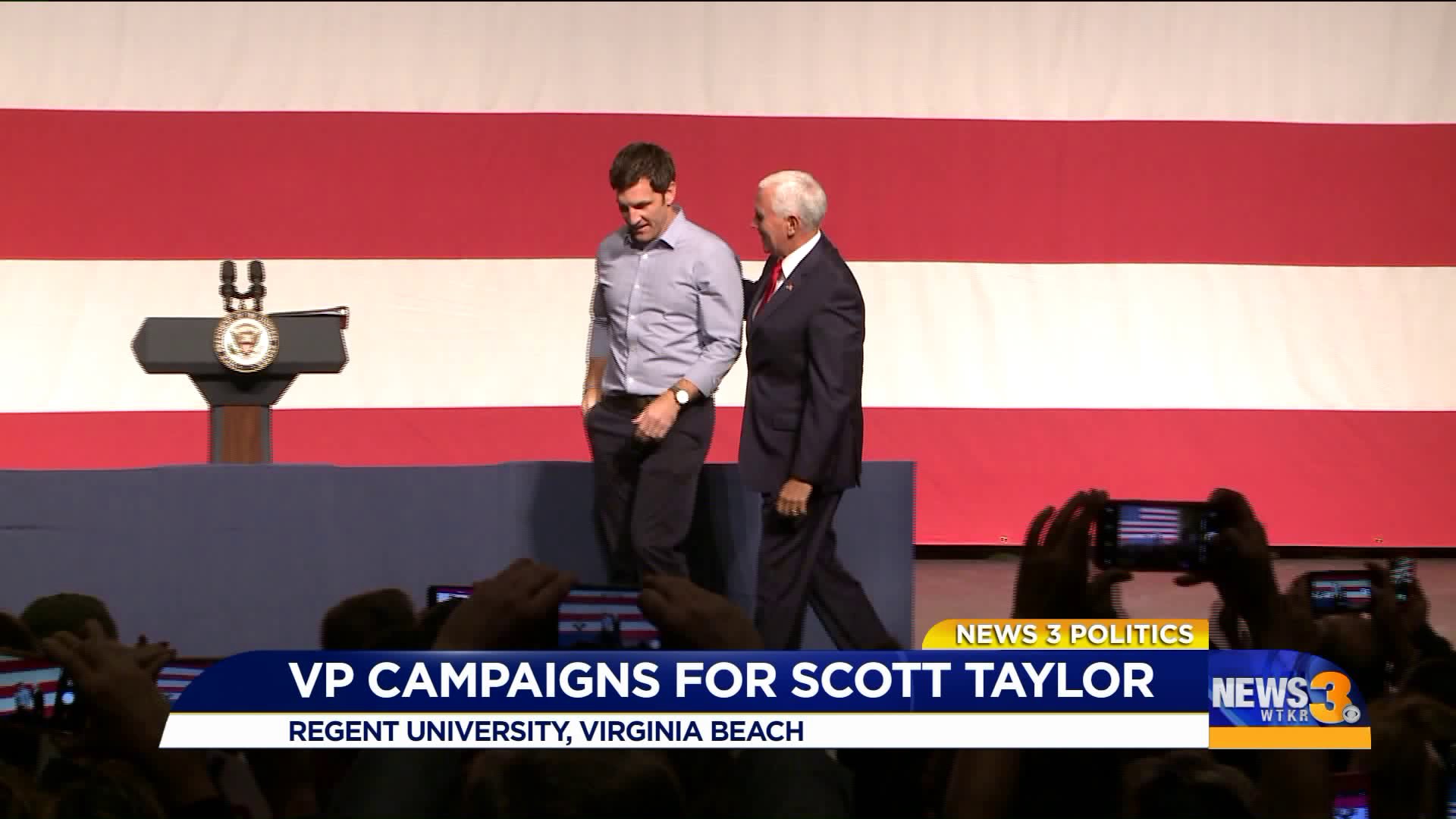 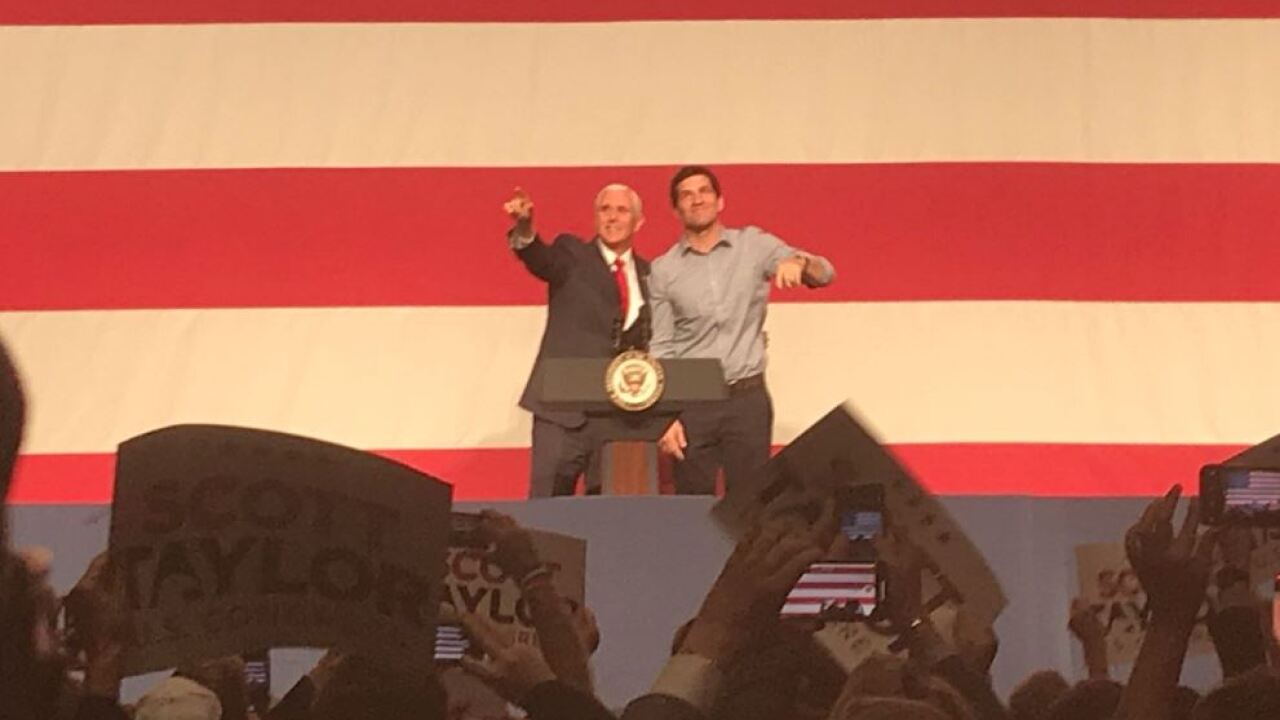 Security was very tight. Pence quickly took the stage and to reports of someone sending suspicious devices to several prominent people, including the Clintons. "We condemn these attempted acts of violence in the strongest possible terms," Pence said.

The rally then quickly shifted back to its main focus. Taylor is in very closely watched race in the second district against Democrat Elaine Luria. Taylor told the audience the race has become nasty. "We don't want to just win," he said. "We want to crush it!"

Taylor explained how he and the White House have worked together on several issues like the military, the economy and veterans. "Scott Taylor has been there every step of the way helping us to put into practice everything the president and I campaigned on," Pence said.

Taylor has cast himself as an independent voice. Democrats called Pence's visit a "loyalty gift" for Taylor, but Taylor says he's still fulfilling his promise of independence.

"There are plenty of public statements. There are plenty of actions in terms of where I did disagree, where I've taken action - for example: bringing money back for the Chesapeake Bay and comments after Charlottesville," he said in an interview after the rally.

With 13 days until Election Day, other high profile visits are expected before voters cast their ballots.