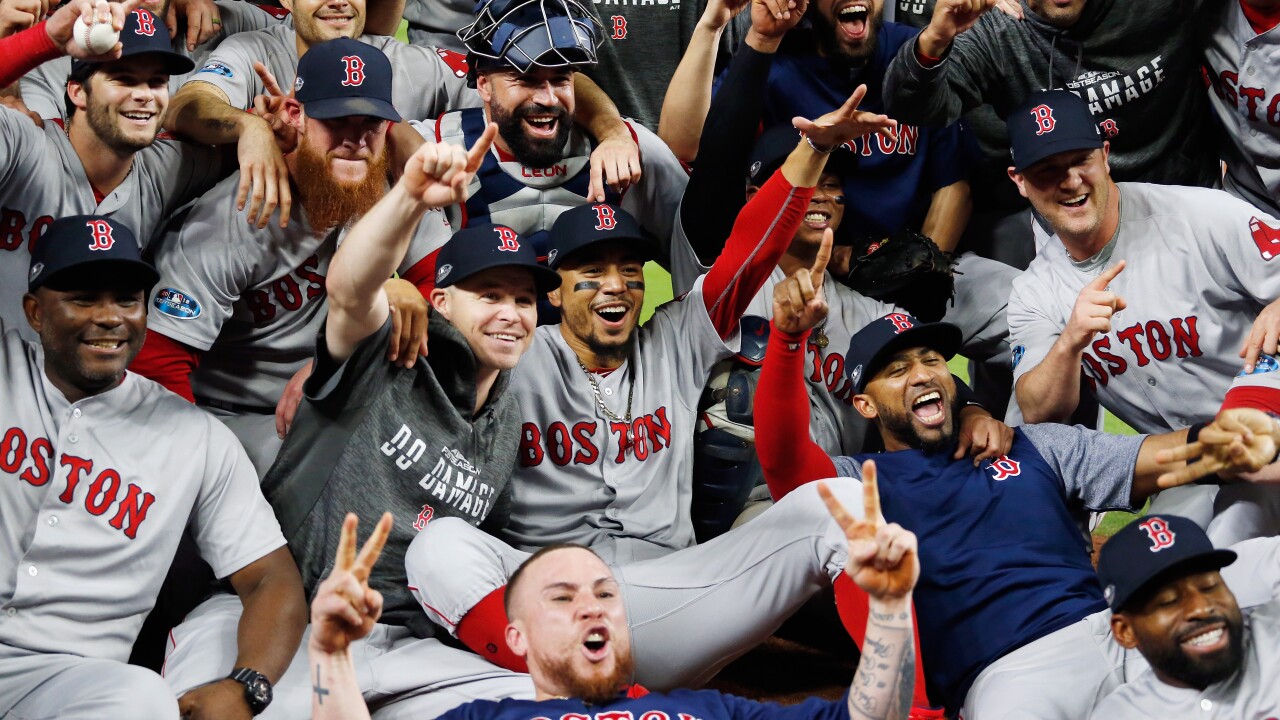 HOUSTON, Texas – Major League Baseball will not have a repeat champion, just like every year since 2001.

Thursday, the Boston Red Sox eliminated the defending world champion Houston Astros with a 4-1 victory in the American League Championship Series to win the AL pennant four games to one.

Boston, a team that won a franchise record 108 games during the regular season, will face either Milwaukee or Los Angeles in the World Series. The Red Sox are seeking their fourth title since breaking the curse (no titles between 1918 and 2003) in 2004.