‘There is no God,’ says Stephen Hawking in final book 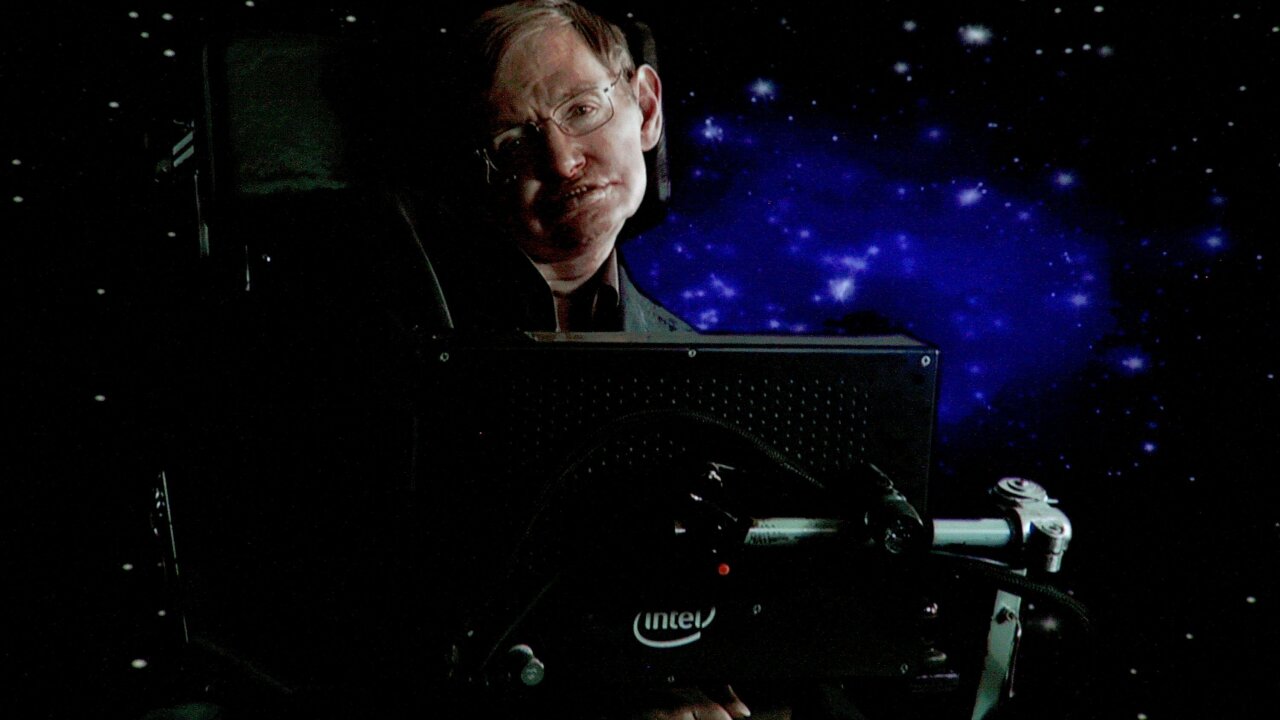 (CNN) — There is no God — that’s the conclusion of the celebrated physicist Stephen Hawking, whose final book is published Tuesday.

The book, which was completed by his family after his death, presents answers to the questions that Hawking said he received most during his time on Earth.

Other bombshells the British scientist left his readers with include the belief that alien life is out there, artificial intelligence could outsmart humans and time travel can’t be ruled out.

Hawking, considered one of the most brilliant scientists of his generation, died in March at the age of 76.

“There is no God. No one directs the universe,” he writes in “Brief Answers to the Big Questions.”

“For centuries, it was believed that disabled people like me were living under a curse that was inflicted by God,” he adds. “I prefer to think that everything can be explained another way, by the laws of nature.”

Hawking suffered from amyotrophic lateral sclerosis (ALS), a neurodegenerative disorder also known as Lou Gehrig’s Disease, for most of his adult life.

The scientist died while still working on the book, which his family and colleagues finished with the help of his vast personal archives.

While Hawking spoke of his lack of belief in God during his life, several of his other answers are more surprising.

“There are forms of intelligent life out there,” he writes. “We need to be wary of answering back until we have developed a bit further.”

And he leaves open the possibility of other phenomena.

“Travel back in time can’t be ruled out according to our present understanding,” he says. He also predicts that “within the next hundred years we will be able to travel to anywhere in the Solar System.”

“He realized that people specifically wanted his answers to these questions,” the scientist’s daughter, Lucy Hawking, who helped complete the book, told CNN.

Hawking saw the world on the brink of a “vast transformative change” when he died, she noted, adding: “He’s asking us not to go into the future blindly. How good is the track record of the human race in using advances in technology for the good of ordinary people?”

In remarks prepared by Hawking and played at the launch of the book in London on Monday, the scientist also turned his attention to the world he was leaving behind.

“With Brexit and Trump now exerting new forces in relation to immigration and the development of education, we are witnessing a global revolt against experts, and that includes scientists,” Hawking said.

Hawking had been a critic of the United Kingdom’s decision to leave the European Union, and called Donald Trump a “demagogue” in 2016.

His greatest concern, his daughter said, “is how divided we’ve become,” adding: “He makes this comment about how we seem to have lost the ability to look outward, and we are increasingly looking inward to ourselves.”

Hawking’s final message to readers, though, is a hopeful one.

Attempting to answer the question “How do we shape the future?” in the book’s final chapter, the scientist writes: “Remember to look up at the stars and not down at your feet.”