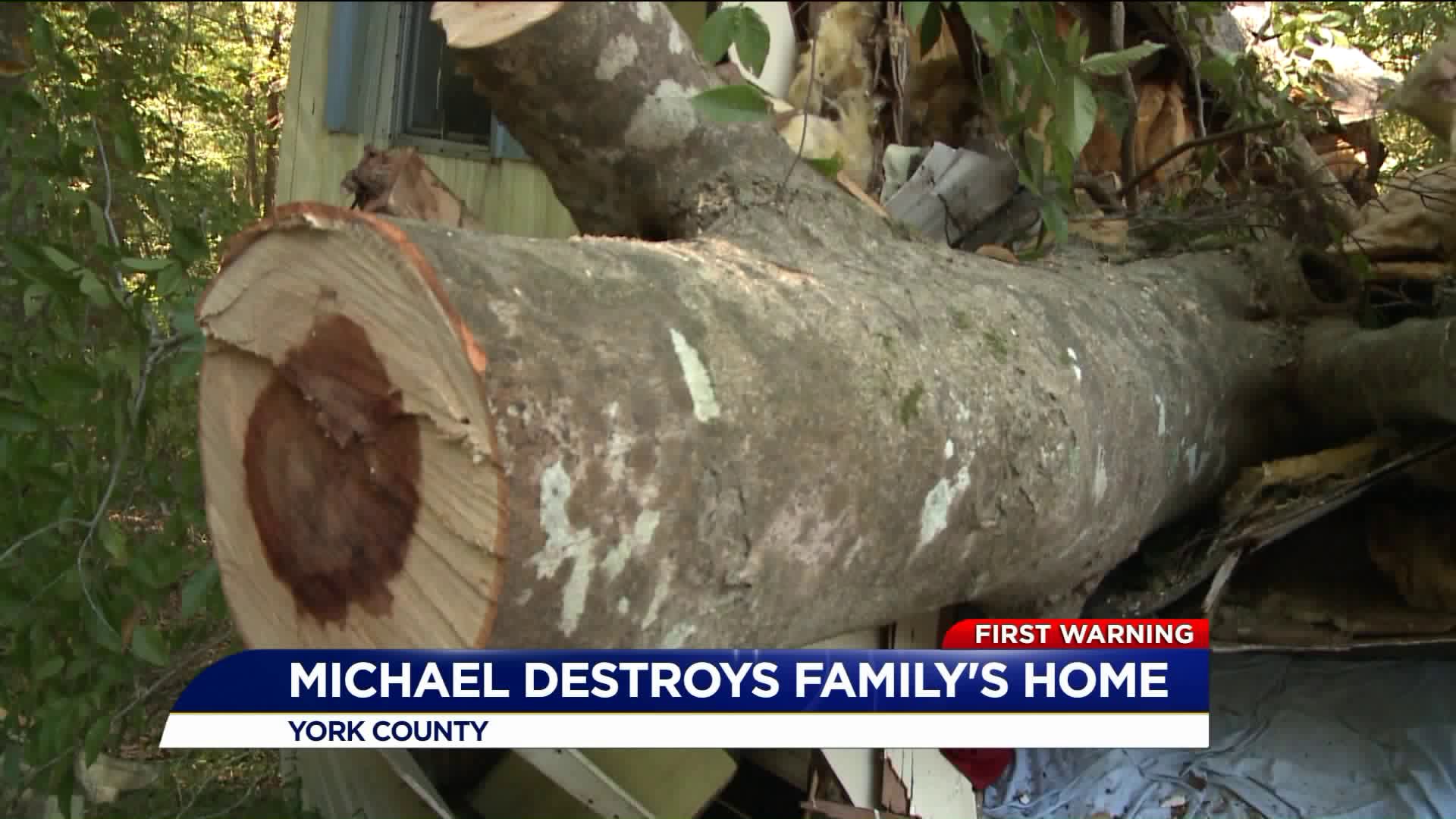 YORK COUNTY, Va. - Blessed to be alive and to have made it out with no injuries – Monday afternoon, Jennifer Washington stands with her family, wiping tears from her eyes as she replays the moments before a tree crashed into their once called home.

Now with nothing but the clothes on their backs, this family said it’s an overwhelming feeling to know this entire situation could have turned out much differently.

"My son was in his room playing and I heard him make this noise and I was like well let me go get him. So, I brought him outside and as soon as I brought him out to the living room, I heard the tree break," said Washington.

Washington said not even three minutes after she got her son out of the bedroom, she heard the tree fall right in the very spot he was in.

The York County community hearing their story is now wanting to help and restore by dropping off any and everything they can think of.

"Just to see that there are people that still care and still understand what it is like when you're raising children. Just to see that is very overwhelming," said Evelyn Speller, IHOP.

"It's a great thing that I live in a great community that's very supportive. I'd like to thank everybody that donates," Adrian Pope said.

Washington and her family say they want people to take evacuation warnings seriously. She said it’s something she and her family will do from now on.

Washington works at the IHOP in Yorktown on George Washington Memorial Hwy. If you are interested, the IHOP is accepting donations.

The family has three small children whose sizes are 4T in girls, 3T in boys and three to six months in boys.