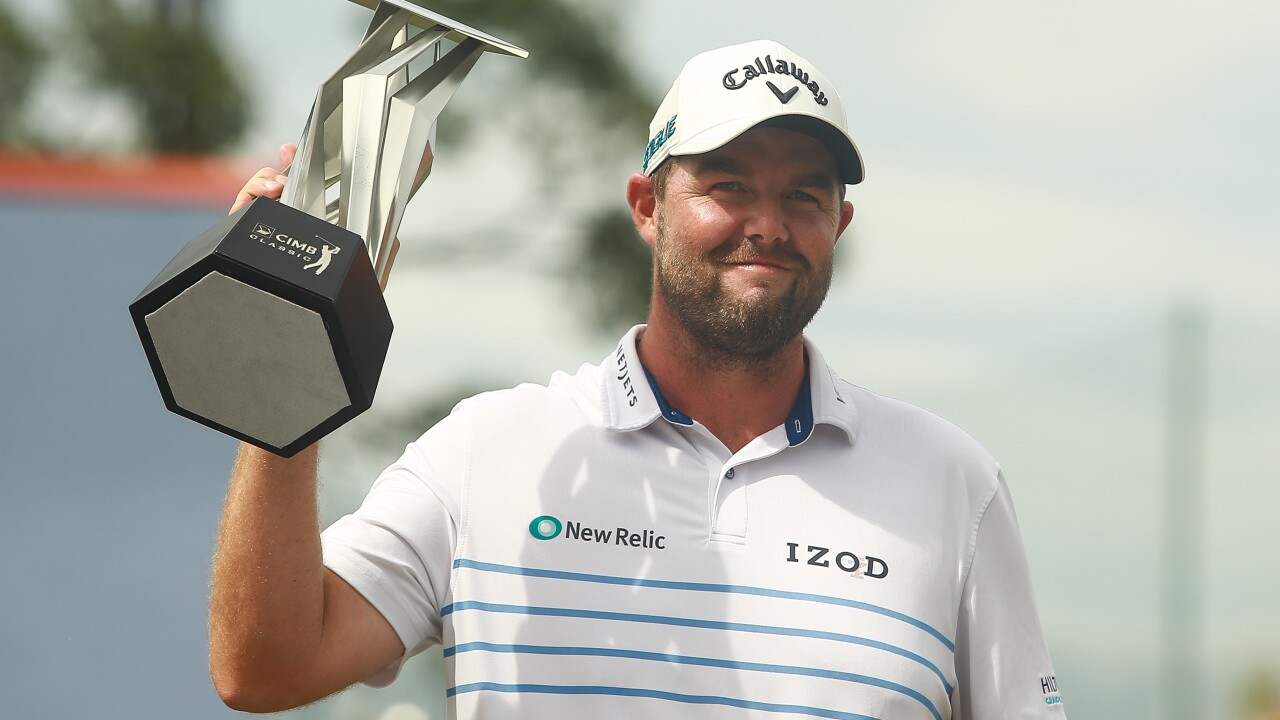 Marc Leishman of Australia poses for photos with the winner’s trophy after winning the CIMB Classic. (Photo by Yong Teck Lim/Getty Images)

KUALA LUMPUR, Malaysia – Virginia Beach golfer Marc Leishman carded a final-round 7-under (65) for his fourth career PGA TOUR victory at the CIMB Classic. With the win, Leishman ties the tournament course record and moves up to No. 2 in the FedExCup standings.

Leishman birdied four of his first five holes during a round in which he carded just one bogey.

“I knew that even though I got off to a good start, I still needed to grind because there’s some tough holes out there. Managed to hit some good shots and this is the result. It’s great to get back in the winners’ circle, excited to be back in Malaysia and leaving with this. We’ll sit that (trophy) in the middle of the table tonight and have a few beers and just talk about it and just have a good night with friends really. I’m looking forward to doing that tonight.”

Leishman’s 26-under par score tied Justin Thomas in his 2015 victory for the lowest 72-hole total since the tournament moved to TPC Kuala Lumpur.