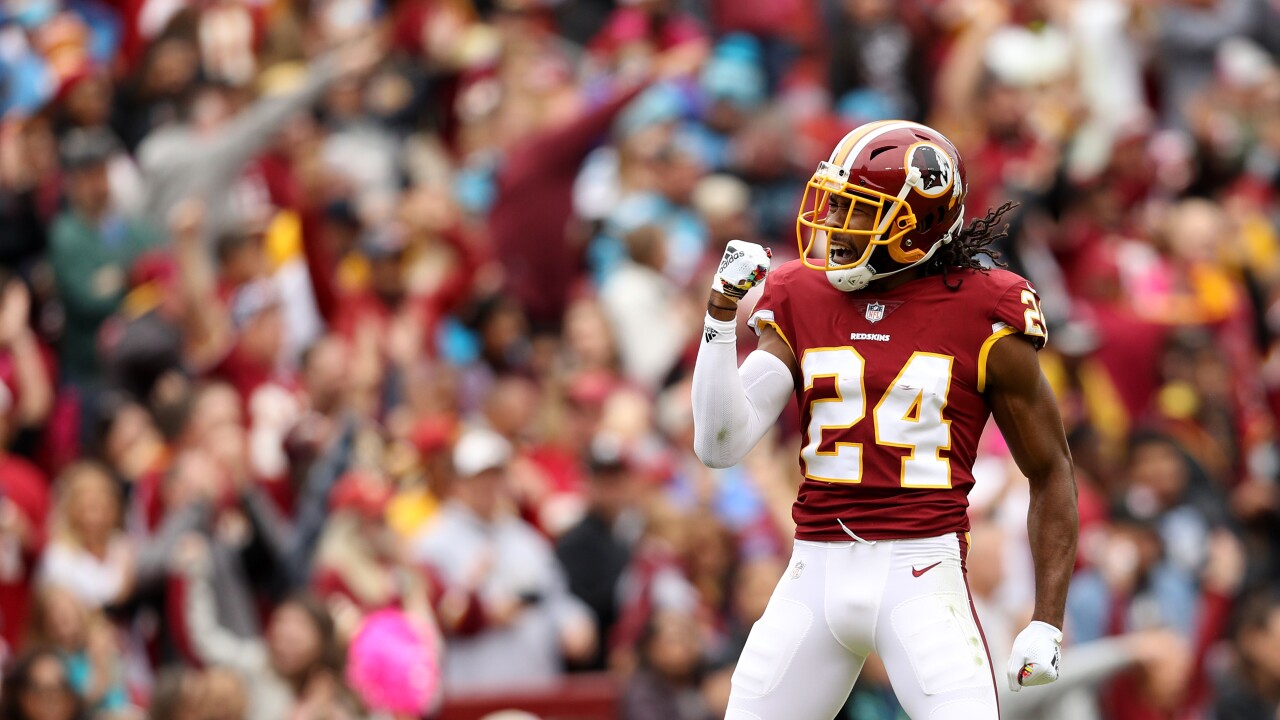 LANDOVER, Md. – A strong finish was as key as a fast start, as the Washington Redskins’ defense stood strong in the final two minutes to defeat the Carolina Panthers, 23-17 Sunday at FedEx Field.

With the victory, the Redskins (3-and-2) move into sole possession of first place in the NFC East division.

After sprinting out to a 17-0 lead in the second quarter by virtue of three Panthers turnovers and two Alex Smith touchdown passes, the Redskins took a 17-6 advantage into the halftime locker room. However, down 23-17 in the final minutes of the game, Carolina quarterback Cam Newton and the Panthers drove inside the Washington 20 yard line before the Redskins defense forced a turnover on downs to seal the victory.

The Panthers scored on their first two drives of the second half – a Graham Gano field goal in the third quarter, followed by a fourth quarter Torrey Smith touchdown reception from Cam Newton. But Carolina (3-and-2) could not convert on its final drive of the game.

For the game, Alex Smith completes 21-of-36 passes for 136 yards and two touchdowns. He was sacked three times.

Adrian Peterson rushed for 97 yards on 17 carries for an average of 5.7 yards per rush.

The Redskins host the Dallas Cowboys Sunday at FedEx Field. The game will kick off at 4:25 p.m. and be broadcast LIVE on News 3 in Hampton Roads.

After being benched in the 2nd half of the @Redskins Week 5 loss vs Saints, @J_No24 responded with his 2nd career game with an INT and forced fumble.

Redskins have forced a turnover in 9 straight games (2nd-longest active streak in the NFL behind the @Seahawks , 19).#CARvsWAS