Harper Yeats will have traveled to all 50 states this week. She’s only 5 months old 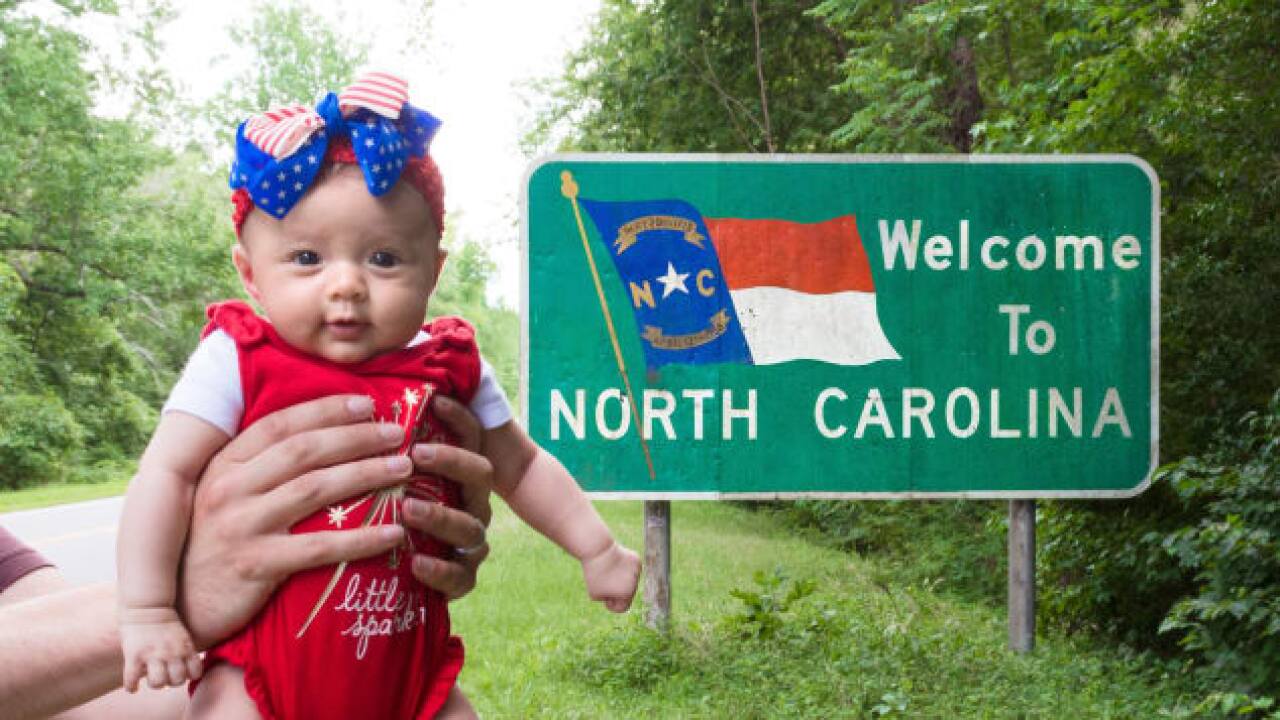 Harper Yeats dipped her tiny toes in the ocean for the first time in Charleston, South Carolina. She tasted her first solid food — rice cereal — in Anchorage, Alaska.

On Thursday, she’ll mark yet another milestone with a stop in Vermont. She’ll have visited all 50 states — and she’s only 5 months old.

Little Harper was in Toledo, Ohio, — her 49th state — Sunday as she winds down the cross-country road trip that began in June when she’d been in this world for only eight weeks.

Canada residents Cindy Lim and Tristan Yeats said they decided to use their parental leave on the adventure to bond as a new family of three. Before Harper was born, the couple had been to 19 states, and at first planned to visit the remaining 31.

On June 17, they packed their gray Jeep with some of Harper’s essentials, including a travel cot and her crocheted toy, Mr. Sloth. Then they crossed the border from New Brunswick, Canada, into Maine.

“We didn’t set out on this trip trying to set a record,” Lim said. “We always had a shared personal goal of visiting all 50 states before Harper came along.”

Yeats said the decision was as much about traveling as it was about spending quality time together.

During the early stages of their road trip, they found out about the All Fifty States Club website, which said the current record-holder visited all the states before age 3. They realized if they took Harper to all 50 states, she’d become the youngest known person to achieve that feat.

Their goal went from visiting 31 states to starting all over again and taking Harper to all 50 states.

“We always agreed that if at any time Harper wasn’t coping with the travel, we would just go home. Fortunately, however, things have been going really well and we are all having a great time together,” Lim said.

They drove across the country, but flew to Hawaii and Alaska, and mostly stayed in short-term home rentals. With every stop, Harper’s parents took pictures of her on the state’s “welcome” sign and posted them on Instagram. In some of the photos, usually with a little bow on her head, the miniature savvy traveler is napping and seemingly unaware of her epic journey through landscapes and timezones.

Parents hope the trip will come with life lessons

Before they left Toronto, Lim said, they established a breastfeeding routine, which has given them more flexibility.

“We have stopped everywhere to breastfeed her: restaurants, cafes, park benches, on the beach, in museums, in the car. There’s no shame in feeding your baby when she needs to be fed,” she said.

While Harper is a mostly bubbly and outgoing baby, the first-time parents say the journey has not been without its challenges. Scheduling time for breaks has been crucial to ensure the tiny traveler does not get overwhelmed.

“When you’re traveling full-time, it’s easy to jump to the conclusion that her down days are because of all the travel you are doing. We try to take it easy on ourselves and remind one another that even babies at home have good and bad days,” Lim said.

Yeats, 35, is a civil engineer, and has taken unpaid leave from his job while Lim, 32, — a lawyer — is on parental leave. They plan to be in Burlington, Vermont, on Thursday for the final stop of their cross-country adventure.

They say while they know Harper is too young to remember the trip, the photos and videos will come with their own lessons.

“We hope she will feel very loved. We hope that she will see that we took a chance and did something despite how hard everyone told us it would be, and that this knowledge will give her confidence that she can do anything she puts her mind to,” her mother said.

Harper’s trip could end up on the record books.

The Guinness World Records has received an application to consider Harper’s feat and will review the evidence to determine whether to recognize the record title, a Guinness spokeswoman said.

Guinness receives hundreds of applications a week, so the review process could take up to four months, Elizabeth Montoya said.

“As this is not an existing category, there are no current or previous record holders,” she said.

Meanwhile, Harper will carry on with her travels. After the road trip, the family will go back to Toronto for a little while. But that doesn’t mean the end of traveling for the little wanderer. At some point, she’ll fly to the other side of the world — to Canberra, Australia, where her parents are originally from.