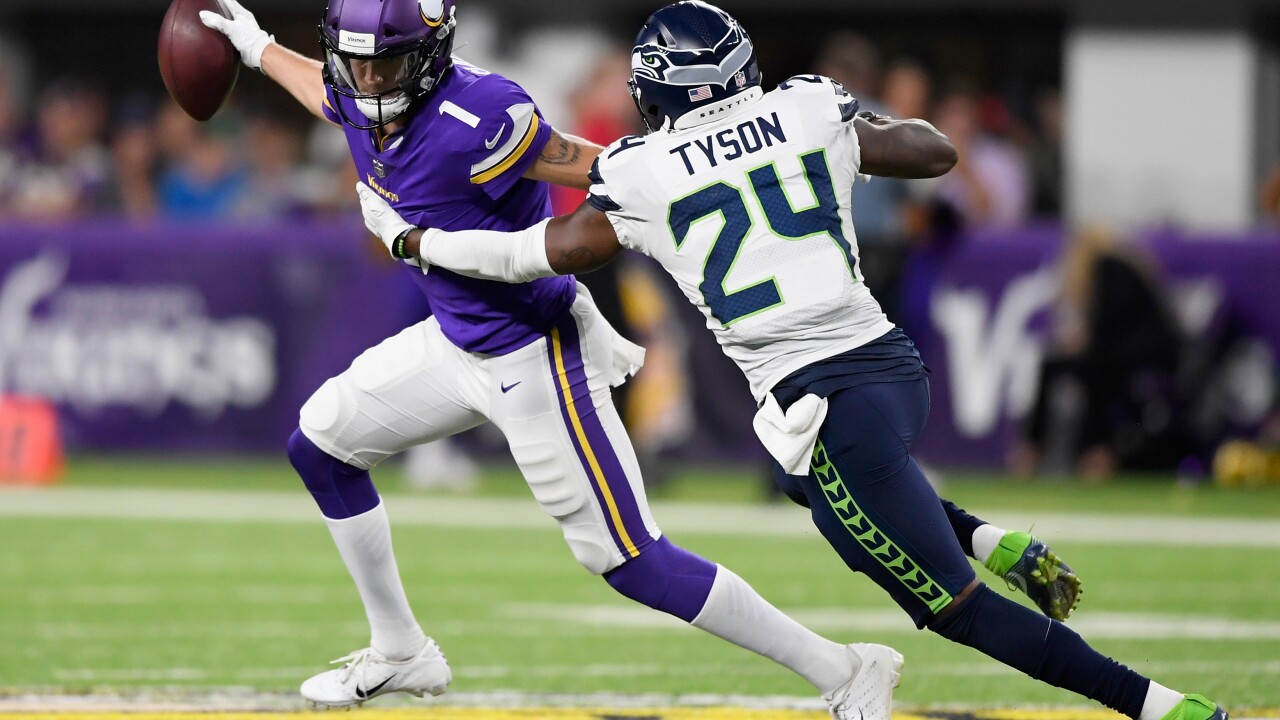 HOUSTON, Texas – Mike Tyson has a puncher’s chance to appear in his first ever NFL game.

Tyson, the Norfolk native (Lake Taylor High School), has been promoted from the Houston Texans practice squad to their active roster. The safety, who transferred from Lake Taylor to Hargrave Military Academy his senior season, was selected with the 187th overall pick (6th round) in the 2017 NFL Draft by the Seattle Seahawks out of the University of Cincinnati.

The 25 year-old was on the active roster for Seattle’s final three games of the 2017 season, but he did not appear in any game.

Here’s his Cincinnati Bearcats bio:  A four-star prospect by Scout.com … earned three stars from Rivals.com and 247Sports.com … the No. 27 overall prep school prospect in the 2013 class by 247Sports.com … played his senior season at Hargrave Military Academy … coached by Troy Davis … posted eight interceptions in 2011 at Lake Taylor HS in Norfolk, Va. … also had 43 tackles and two forced fumbles on defense … added 26 receptions for 600 yards and nine TDs including a pair of returns taken back for scores … earned player of the year honors on offense in the district as well as first team all-district defensive back … as a junior Tyson racked up 43 tackles with nine going for a loss along with five sacks, 11 pass break ups and three interceptions with one returned for a TD … he earned Second Team All-Eastern District honors … prep coach was Hank Sawyer … picked UC over Clemson, TCU and Texas Tech.