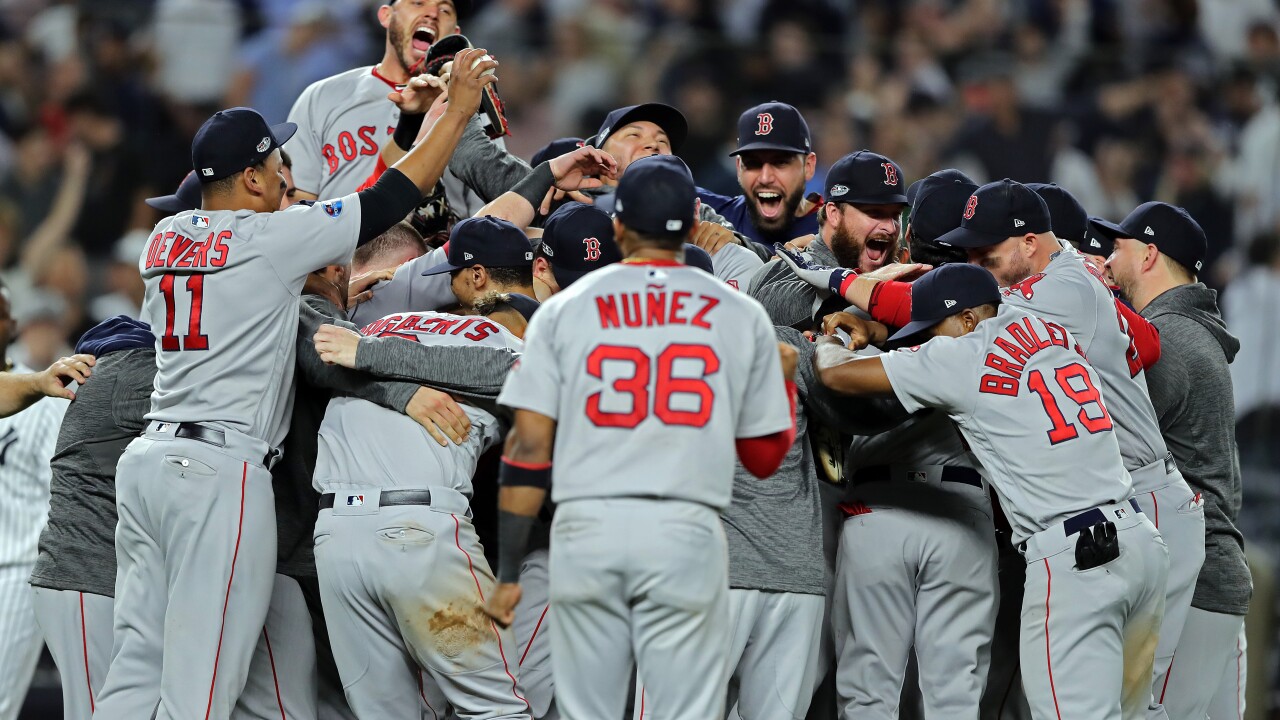 Tuesday, the Boston Red Sox escaped a Yankees’ furious ninth inning rally to eliminate their arch rivals in the American League Division Series with a 4-3 victory. Boston, the best team in baseball this season (108 regular season wins), clinches the best of five ALDS three games to one to advance to its first Championship Series since 2013.

Boston now draws the defending World Champion Houston Astros (103 regular season wins) in the American League Championship Series. The best of seven ALCS begins Saturday at Fenway Park in Boston. It ties for the Major League record (2001 ALCS) for the most combined regular to meet in a Championship Series.