Saints sock the Redskins in a record-breaking Monday night massacre 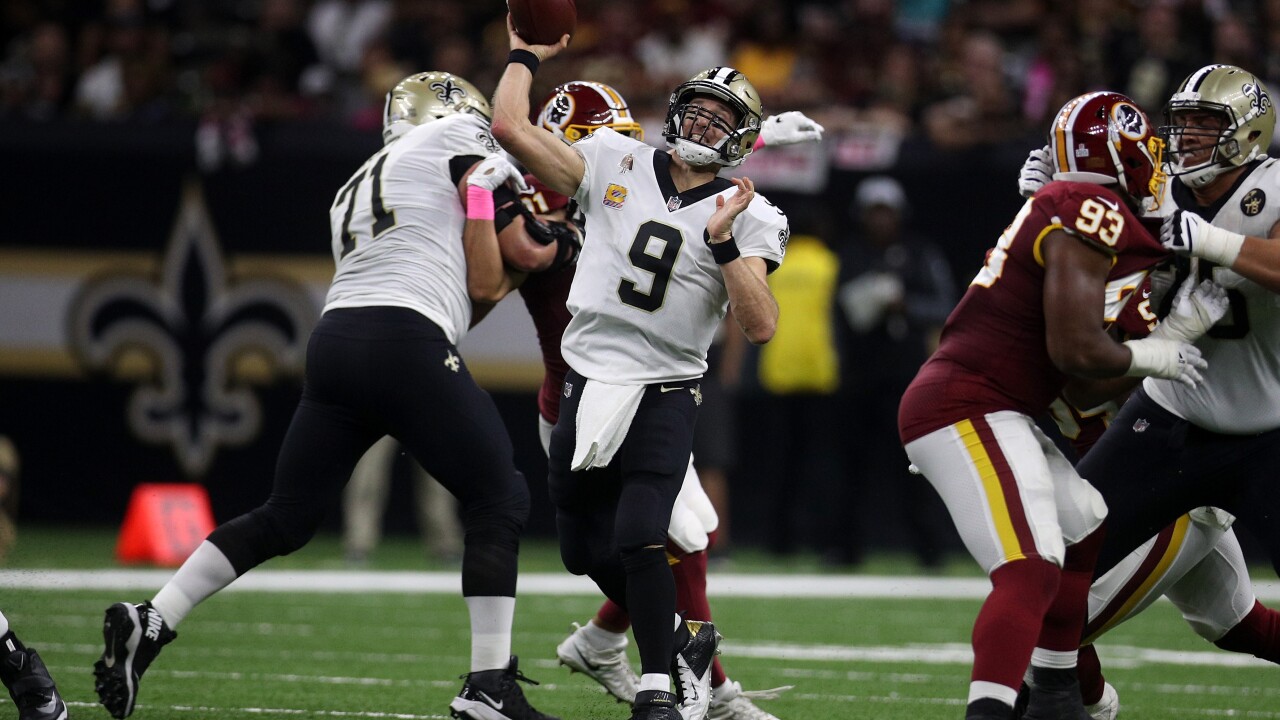 NEW ORLEANS, Va. – The Monday night misery continues for the Redskins, as they fall to the New Orleans Saints 43-13. In their last 10 Monday Night Football games, the Redskins are now 1-and-9.

Washington (2-and-2) was held to two field goals until late in the second quarter when Alex Smith rushed in from four yards out to cut the ‘Skins deficit to 26-13 headed into halftime.

Coming into the night, Saints quarterback Drew Brees needed only 201 yards to become the NFL’s all-time leader in passing yards. He accrued that by the second quarter, eclipsing the mark on a 62-yard touchdown pass to Tre’Quan Smith.

The running game was non-existent for the Redskins, as they rushed for only 38 yards on 18 carries. Chris Thompson was the leading rusher with 17 yards. Adrian Peterson only carried the ball four times for six yards.

After the game, ‘Skins head coach Jay Gruden said that Peterson would have an MRI for a shoulder strain.

Washington will return home to face the Panthers next Sunday, followed by an NFC East showdown with the Dallas Cowboys.