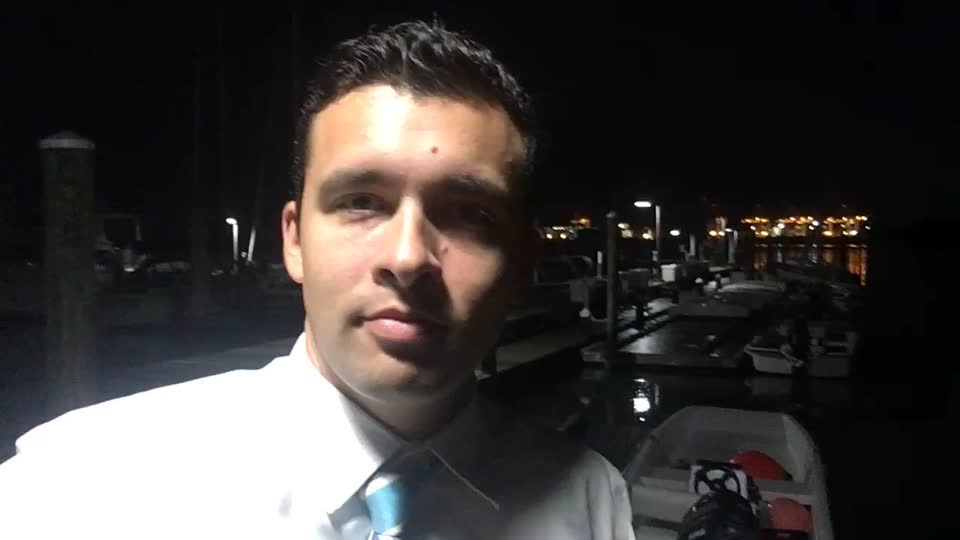 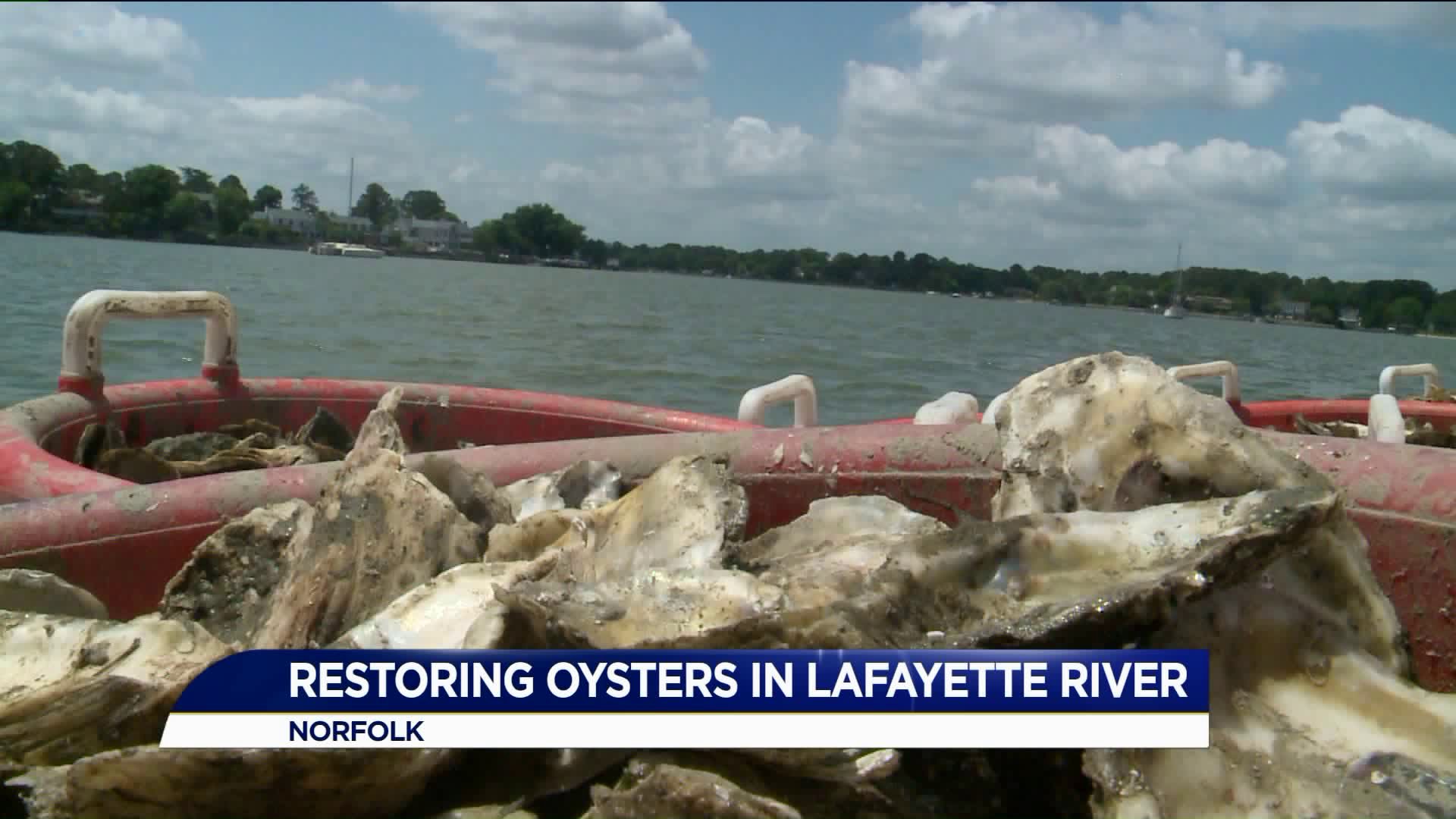 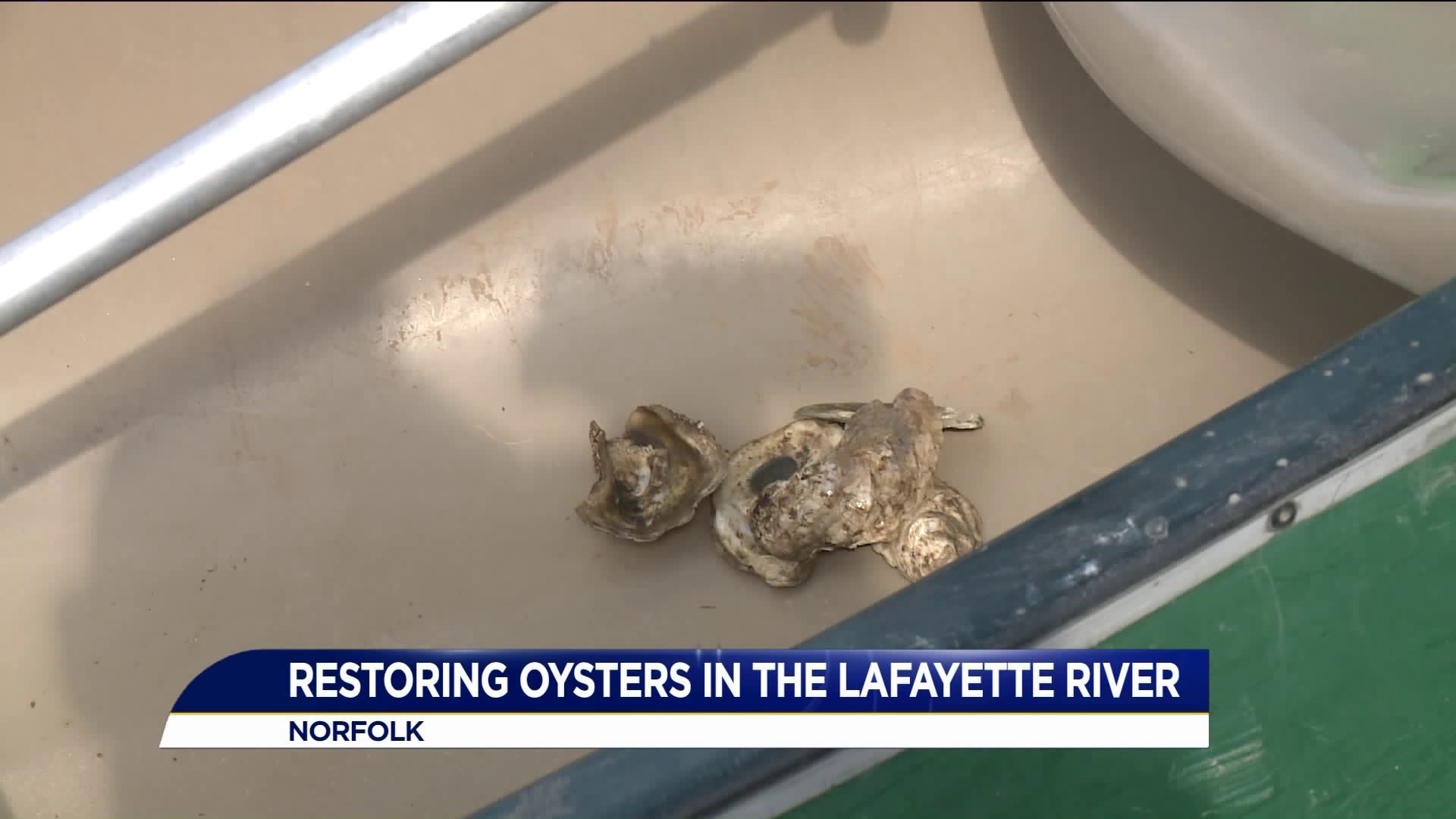 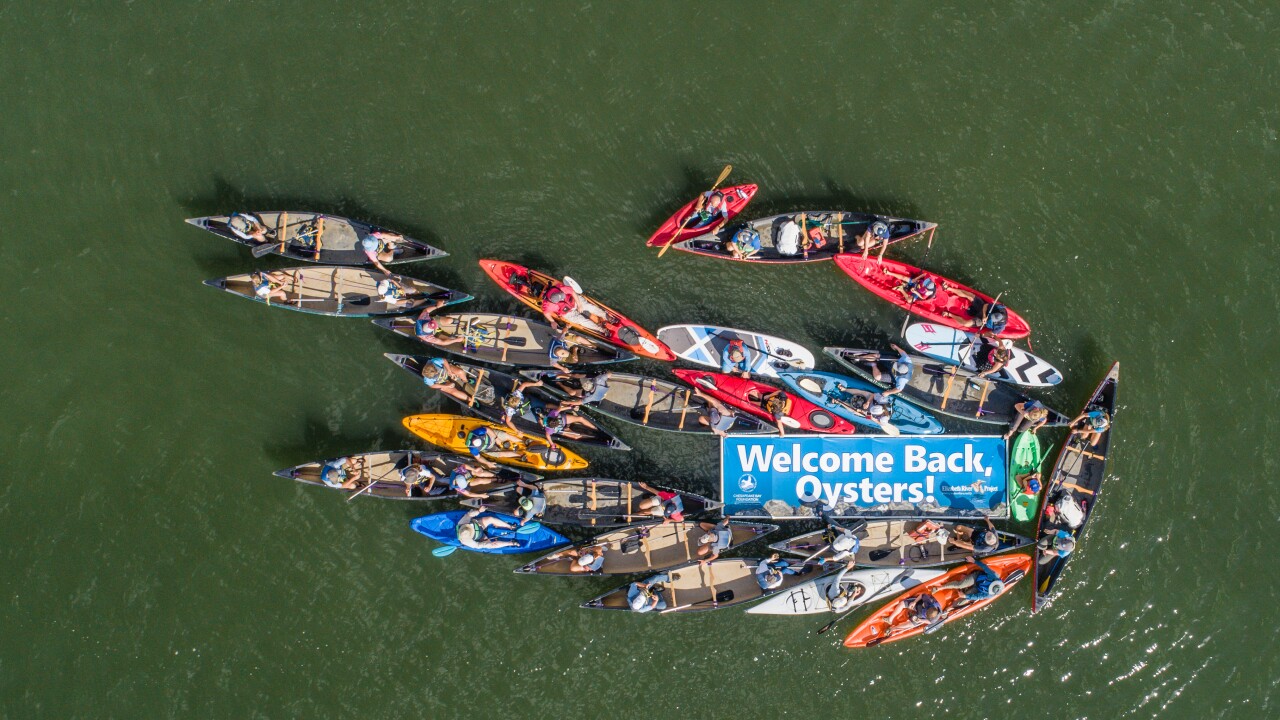 NORFOLK, Va. - Boats, kayaks and canoes floated out into the Lafayette River on Monday morning to wrap up years of work restoring the local oyster population.

The "flotilla," organized by the Elizabeth River Project and the Chesapeake Bay Foundation, left the Norfolk Yacht and Country Club at 10:30 a.m. to plant oysters, at which point it became the first waterway in Virginia restored for oyster habitat.

Since 2010, the joint effort between the Chesapeake Bay Foundation and the Elizabeth River Project has restored 32 acres of oyster reef in the Lafayette.

Oyster reefs filter water, protect shorelines from erosion and create a habitat for fish, crabs and other life underwater.

The Lafayette restoration meets the requirements of the 2014 Chesapeake Bay Agreement, which called for restoring oysters in 10 Chesapeake Bay tributaries by 2025. That amounts to an addition of 10 billion new oysters.

Following the flotilla, a community oyster roast took place at 11:30 a.m. at the Hermitage Museum with speaker remarks at 12:00 p.m.