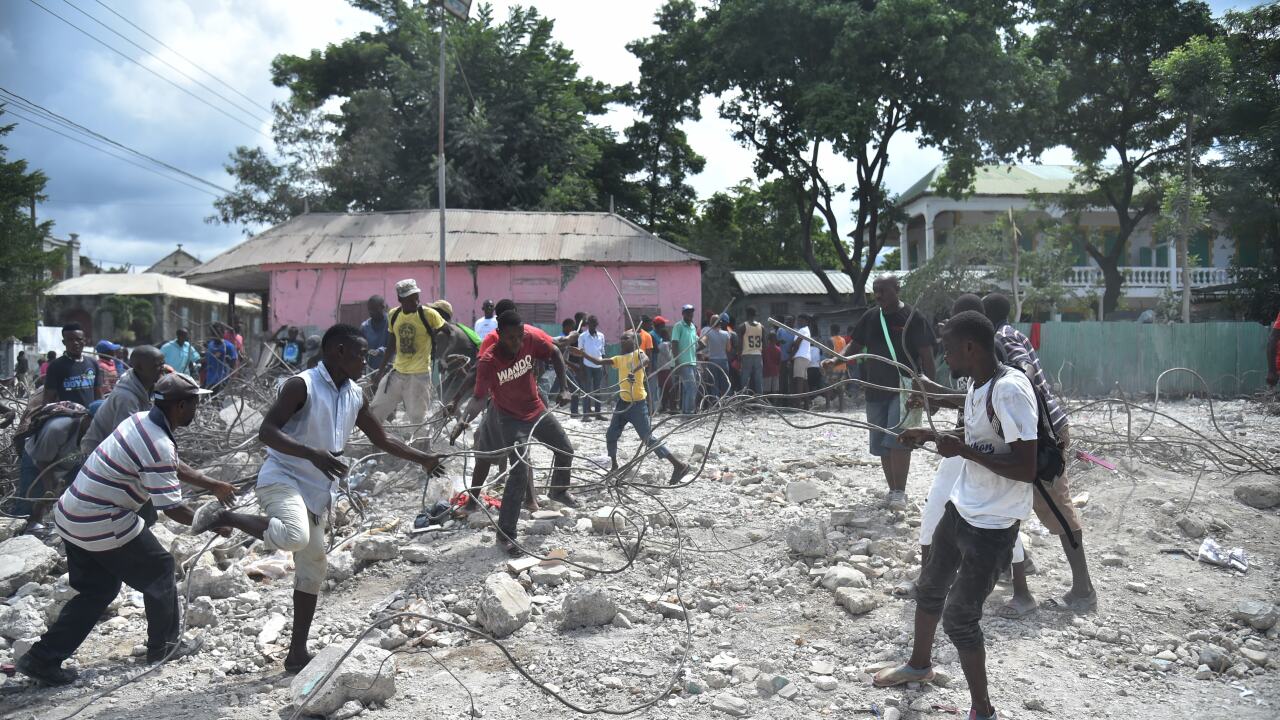 Haitian people collect metal on October 7, 2018 in Gros Morne, Haiti, from the destroyed auditorium, after the earthquake that struck north of Haiti, on October 6, 2018. – A 5.9-magnitude earthquake struck off the northwest coast of Haiti late Saturday, killing at least 11 people, injuring more than 130 others and damaging homes in the Caribbean nation, authorities said. The epicenter of the quake was located about 19 kilometers (12 miles) northwest of the city of Port-de-Paix, the US Geological Survey reported. (Photo by HECTOR RETAMAL / AFP) (Photo credit should read HECTOR RETAMAL/AFP/Getty Images)

Once again, nature has dealt a deadly blow to Haiti.

At least 12 people were killed and 188 were wounded after a magnitude 5.9 earthquake struck northern Haiti on Saturday night, the country’s interior ministry said Sunday.

“I will make sure the proper state systems are fully mobilized to help the victims,” Moïse tweeted.

Haiti, the poorest country in the Western Hemisphere, is still recovering from the catastrophic 2010 earthquake that killed at least 220,000 people and destroyed much of the capital city.

In 2016, Hurricane Matthew shredded parts of the country and left at least 336 people dead.

Prime Minister Jean-Henry Céant said a crisis team has been created to coordinate all emergency responses to Saturday night’s earthquake.

“Damage has been recorded mainly in the Far North. All my sympathies to the victims,” Céant tweeted. “The executive at the highest level is mobilized to provide appropriate answers. I call on the population to be cautious and calm.”