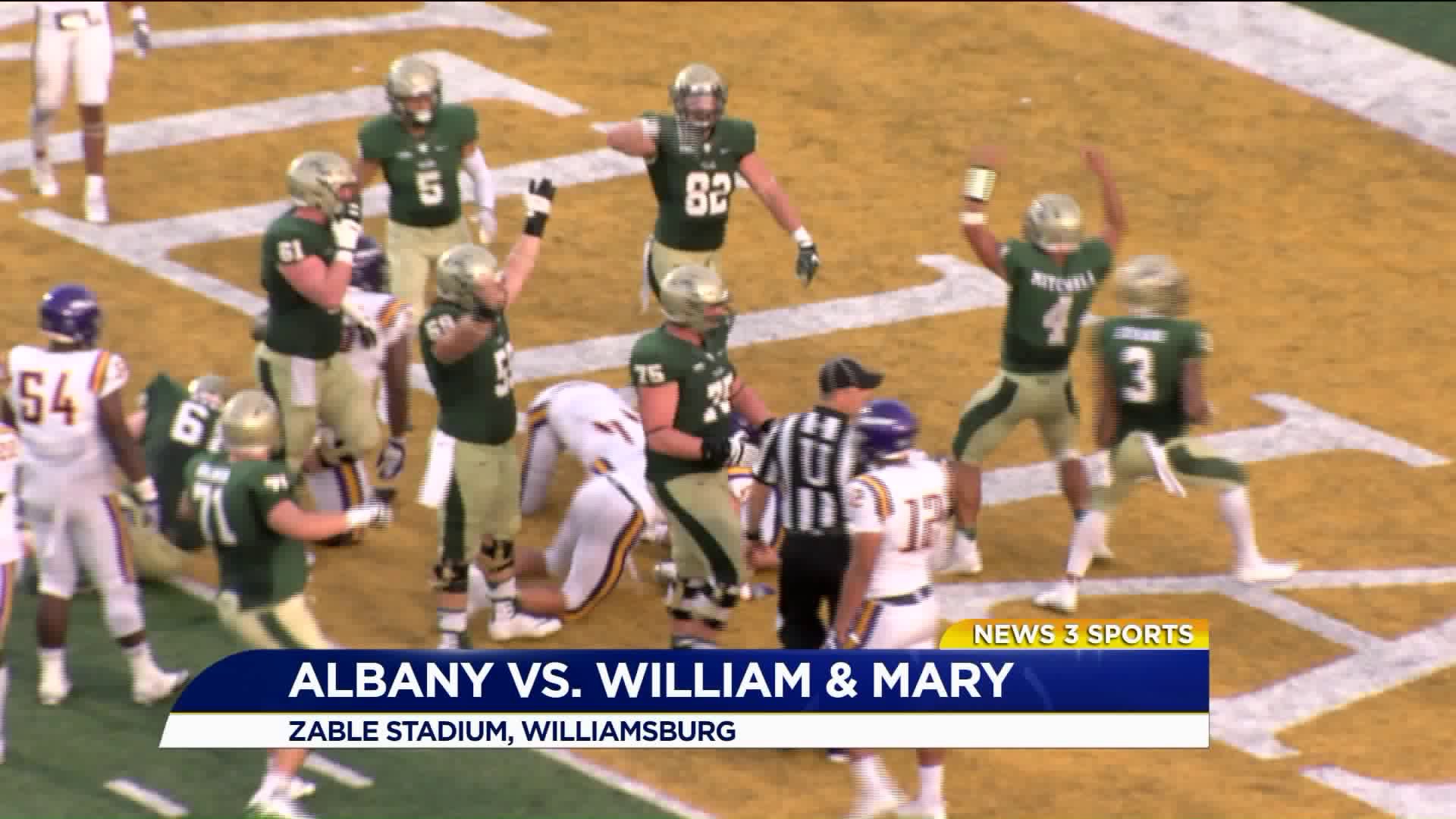 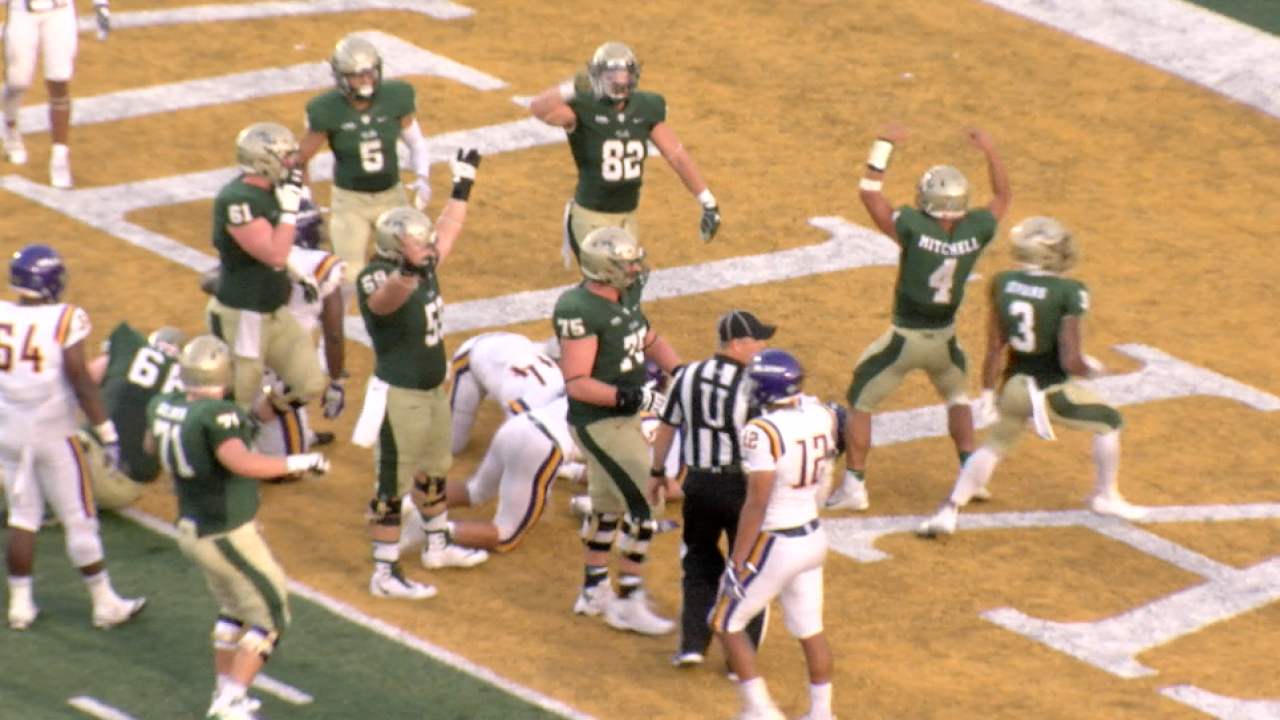 WILLIAMSBURG, Va. (Tribe Athletics) - The William & Mary football team rallied back from a 12-point deficit with a pair of touchdowns late in the fourth quarter to earn a thrilling 25-22 victory against Albany at Zable Stadium on Saturday afternoon.

W&M (2-3, 1-1) quarterback Shon Mitchell scored the game-winning touchdown on a 4-yard run with just 50 seconds remaining. Wide receiver Isaiah Kinder put a punctuation on the exciting comeback when he connected on a short pass to Mitchell for the 2-point conversion that gave the Tribe a 25-22 lead with just 0:50 remaining.

Albany (2-3, 0-2) advanced near midfield on its ensuing possession, but quarterback Vincent Testaverde was intercepted by safety Corey Parker at the W&M 22. The Tribe then ran out the final 10 seconds to preserve the conference victory.

W&M’s fourth quarter comeback began when wide receiver DeVonte Dedmon hauled in a 17-yard touchdown pass from Mitchell with 5:17 remaining that narrowed the margin to 22-17.

W&M’s defense held UA to a three-and-out on the following series to set up the game-winning touchdown drive.

In addition to throwing and rushing for touchdowns on W&M’s final two possessions, Mitchell completed 8 of 9 passes for 110 yards during the pair of series.