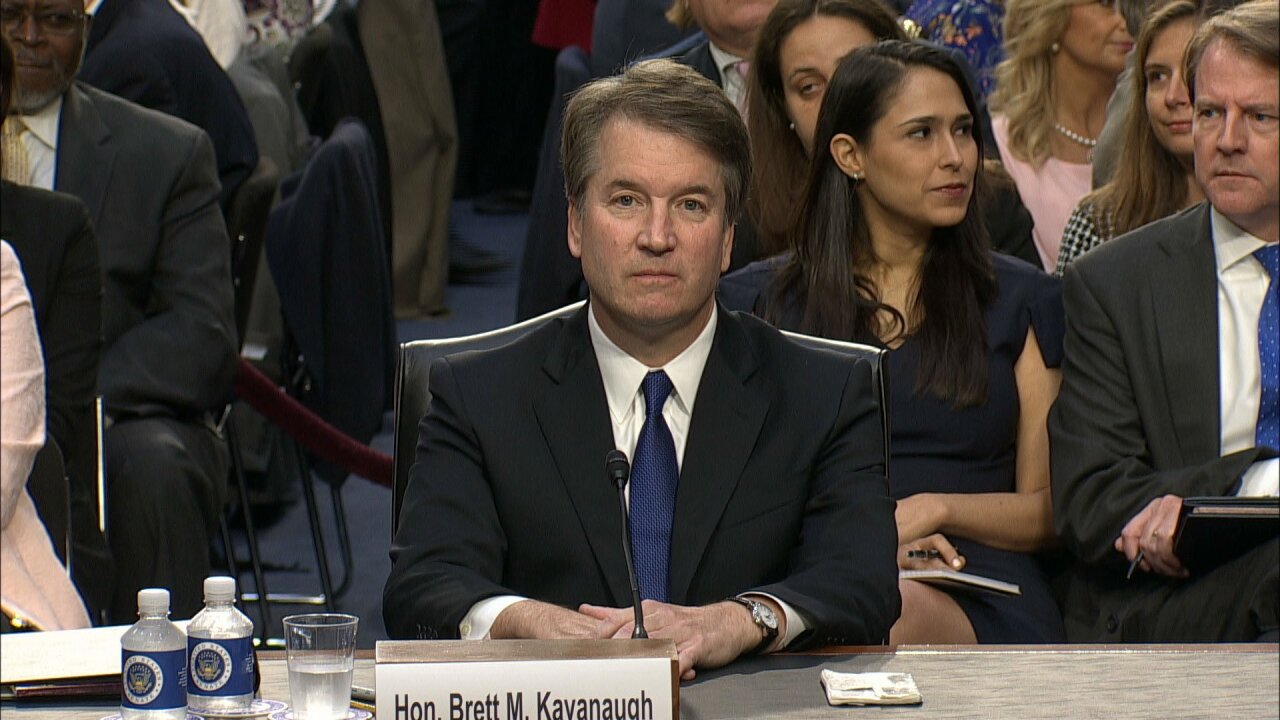 Brett Kavanaugh, with the clock ticking down to the end of the most politicized Supreme Court confirmation battle in years, is campaigning for every last vote.

On the eve of a dramatic day in the Senate that could dictate his fate, and with several key Republicans undecided, Kavanaugh attempted damage control in an opinion article in the Wall Street Journal.

He appeared to be trying to draw the sting from his explosive testimony last week in which he denied claims that he sexually assaulted Christine Blasey Ford when they were teenagers in the 1980s. His performance raised concerns that his hyper-partisan style was incompatible with the independence and decorum expected of the nine justices who sit on the nation’s top bench.

“I was very emotional last Thursday, more so than I have ever been. I might have been too emotional at times,” wrote Kavanaugh.

“I know that my tone was sharp, and I said a few things I should not have said. I hope everyone can understand that I was there as a son, husband and dad.”

It was not clear whether Kavanaugh’s unorthodox move was motivated by concern that his nomination was in trouble, or whether it was an early attempt to mitigate the political toll of his confirmation fight in the expectation that he will shortly take a seat on the Supreme Court that could cement a conservative majority for many years.

Several White House sources said that the op-ed was Kavanaugh’s own idea and was intended to show he could rise above the partisan fury that has consumed his nomination.

But it was another sign of how the former White House operative for President George W. Bush has adopted political tactics to support his candidacy in a way that would not have been considered appropriate for many previous nominees. When Ford’s allegations first became public, for instance, Kavanaugh appeared on Fox News with his wife, in a move that made him look like an under fire political candidate. His op-ed on Thursday night was slightly reminiscent of a presidential candidate who campaigns almost into election day to sway wavering voters.

During his appearance before the Senate Judiciary Committee last week, he shocked many observers by accusing Democrats of trying to destroy him in a “political hit” designed to avenge Hillary Clinton’s 2016 election loss.

Senators, especially the three Republicans who will decide the destiny of his Supreme Court hopes, have reached the moment of decision after a confirmation battle that has widened America’s tortured political and societal divides.

They must examine their consciences and loyalties, their legacies or hoped-for political futures and decide whether the allegations of sexual assault should disqualify him from spending the rest of his life on the high court — no matter what it means for them.

Senate Republican Majority Leader Mitch McConnell has scheduled a Senate vote for Friday at 10:30 a.m. that will force Arizona Sen. Jeff Flake, Maine Sen. Susan Collins and Alaska Sen. Lisa Murkowski to finally reveal their hands. The vote is not a final verdict on Kavanaugh but is likely to establish his chances of reaching the Court.

The vote will come eight days after California professor Ford gave tearful, poignant testimony in an epochal Senate Judiciary Committee hearing, alleging that Kavanaugh assaulted her when they were teenagers at a house party in the early 1980s.

With the rest of his party straining for the chance to elevate Kavanaugh and enshrine a conservative majority on the court that will validate half a century of movement politics, McConnell can only afford to lose one vote from his side.

And so far, Flake, Collins and Murkowski, who have been under fearsome pressure from the left and the right for days, have not said how they will vote, even after reading a updated FBI background check that delayed votes on Kavanaugh’s nomination for a week.

Each one of the trio understands that however they vote, they will face a tide of fury — and be branded traitors either to the conservatism that has its moment of triumph in sight or, in the case of Collins and Murkowski, to their gender as the #MeToo movement challenges conventions that for generations constrained women making allegations against powerful men.

That dilemma has already been faced by Heidi Heitkamp, a Democratic senator facing an uphill re-election fight in Trump country.

A decision that will linger for a lifetime

The North Dakota senator defied warnings that opposing the judge could hurt her in an uphill race and said she would vote against Kavanaugh, even though it could expose her among the more conservative voters of her home state.

“There’s an old saying, ‘history will judge you but most importantly you will judge yourself,” Heitkamp, who voted for Trump’s first Supreme Court pick Neil Gorsuch, told WDAY television.

“And that’s really what I’m saying. I can’t get up in the morning and look at the experience I’ve had and say yes to Judge Kavanaugh.”

Another Democrat who is yet to declare how he will vote — Sen. Joe Manchin, who faces a re-election race in West Virginia, another state Trump won easily — also faces a tough choice.

“Heidi made her decision, I’ll make mine,” he said on Thursday.

During a day of bitter partisan brawling, protests and anger, Kavanaugh’s chances appeared to improve on Thursday, as senators read through an FBI supplementary background check on the judge’s past.

Both Flake and Collins spoke positively about the report, prompting speculation that it had given them sufficient political cover to move towards a “Yes” vote on Kavanaugh.

Trump’s team seemed increasingly confident as his campaign blasted out an email with the subject line “Kavanaugh Cleared.”

During a campaign rally in Minnesota on Thursday night, Trump said Kavanaugh’s been a target for Democrats since he was nominated.

“Democrats have been trying to destroy Judge Kavanaugh since the first second he was announced,” Trump claimed, touting his “incredible intellect” and calling him an “incredible person.”

If Kavanaugh is confirmed, Trump would fulfill campaign promises to conservative voters that were instrumental in cementing his political coalition and will go down in history as the President who gave the conservative movement its Supreme Court.

But underscoring the uncertainty and political tumult around the nomination, retired Supreme Court Justice John Paul Stevens said that he didn’t believe Kavanaugh should be confirmed.

As dissent boiled on Capitol Hill, police arrested 302 protesters in the Hart Senate Office Building. Comedienne Amy Schumer was seen amongst those being detained. Earlier, at a rally in Washington anti-Kavanaugh demonstrators chanted: “Hey hey, ho ho, Kavanaugh has got to go”

In another scene that has become typical in recent days, a group of protestors confronted Utah Republican Sen. Orrin Hatch in a corridor, and reacted furiously when he told them to “grow up.”

As momentum appeared to be building for Kavanaugh, Ford’s lawyers wrote to FBI Director Christopher Wray to complain that the bureau did not interview Ford or witnesses who had information on her allegations.

“The ‘investigation’ conducted over the past five days is a stain on the process, on the FBI and on our American ideal of justice,” read the letter from attorneys Debra Katz, Lisa Banks and Michael Bromwich.

Democrats tried to counter Republican arguments that the FBI investigation, which will not be released to the public, contained nothing to corroborate Ford’s allegations that she was assaulted by Kavanaugh when they were teenagers in the Washington suburbs in the early 1980s. Kavanaugh has denied the allegations.

“It looks to be a product of an incomplete investigation that was limited, perhaps by the White House,” Sen. Dianne Feinstein, the top Democrat on the Judiciary Committee, told reporters.