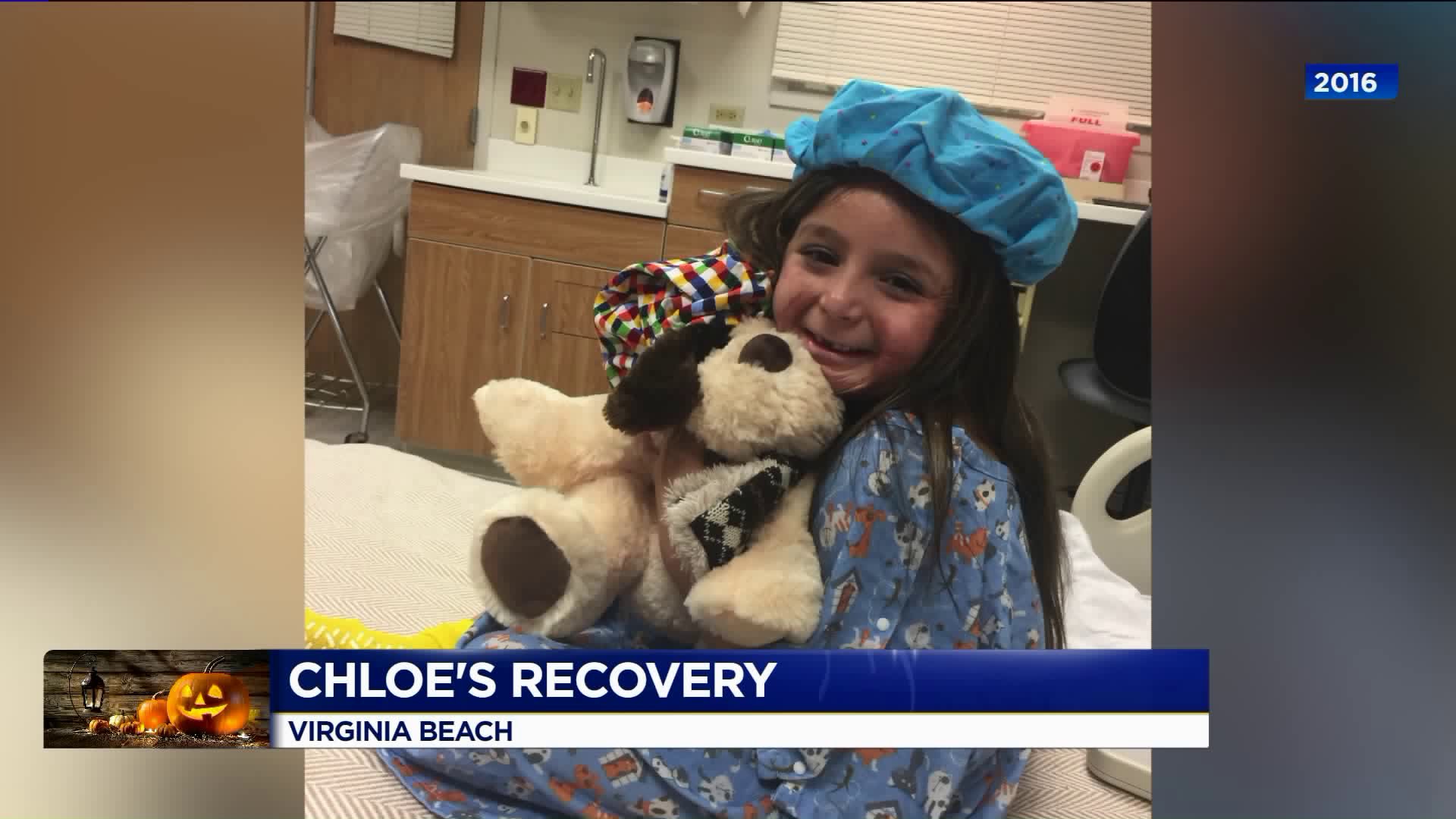 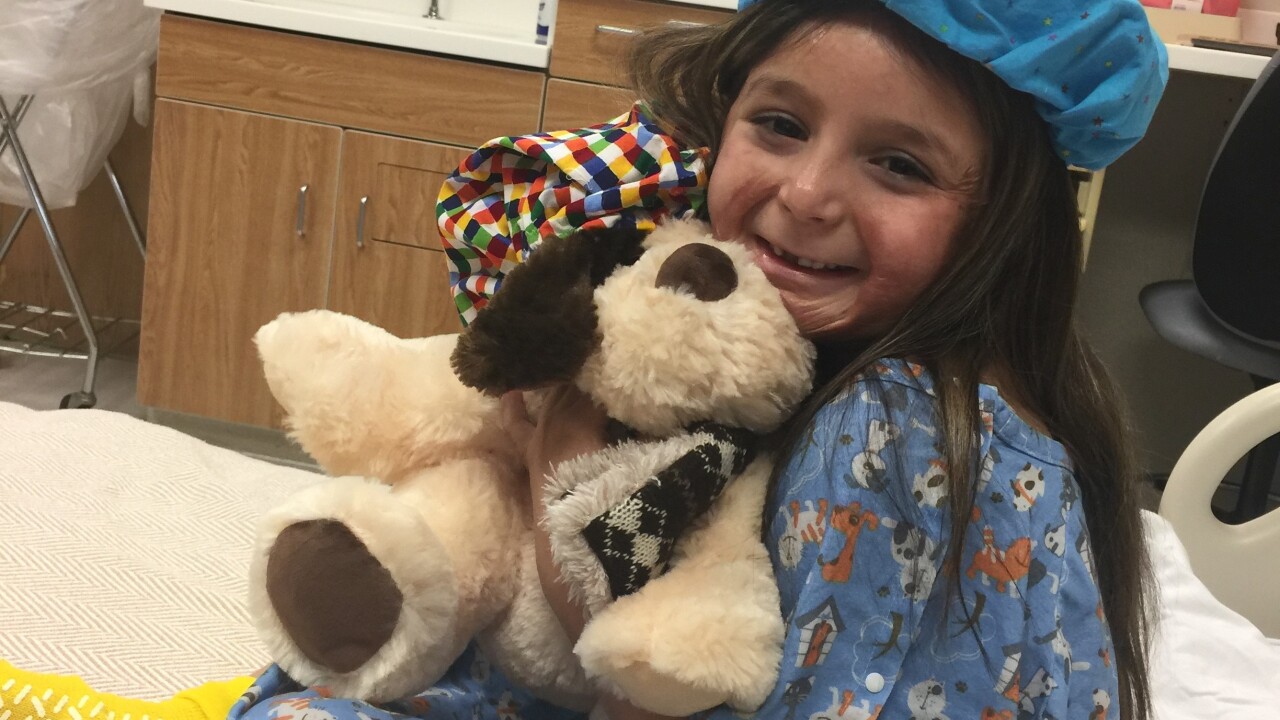 VIRGINIA BEACH, Va. - Chloe Garcia's mom, Melanie, says her daughter is "loving life as a girl her age should," three years after a pumpkin lighting accident sent her to the hospital with first and second degree burns to her face, neck and hands.

In 2015, a few days before Halloween, the family was lighting a pumpkin when Chloe's mom says a flash fire blew out and burned her daughter, who was watching.

Chloe, four years old at the time, was in intensive care at the hospital for days.

One year later, after 12 surgeries, News 3 caught up with Chloe, who was wearing a mask to help during the healing process.

It's been three years since the incident now and Chloe is in second grade.

"(She) is loving life as a girl her age should," said Melanie Garcia, who tells News 3 her daughter has had multiple laser treatments to flatten her scars, but is currently only going once a year until she grows more.

Chloe is in gymnastics and wears makeup to school to cover her burns and redness.

"We could not have asked for better staff and treatment (at Shriners Hospitals for Children)," Melanie told News 3.

Mom says Chloe wants to be a doctor because of the positive experience she's had during the healing process.

Now, the family wants others to know Chloe's story and the dangers that can happen while lighting a pumpkin. These days, they stick to painting the outside, but for those who want to carve and light their pumpkins, Melanie suggests lighting a candle or tea lamp before putting it inside.