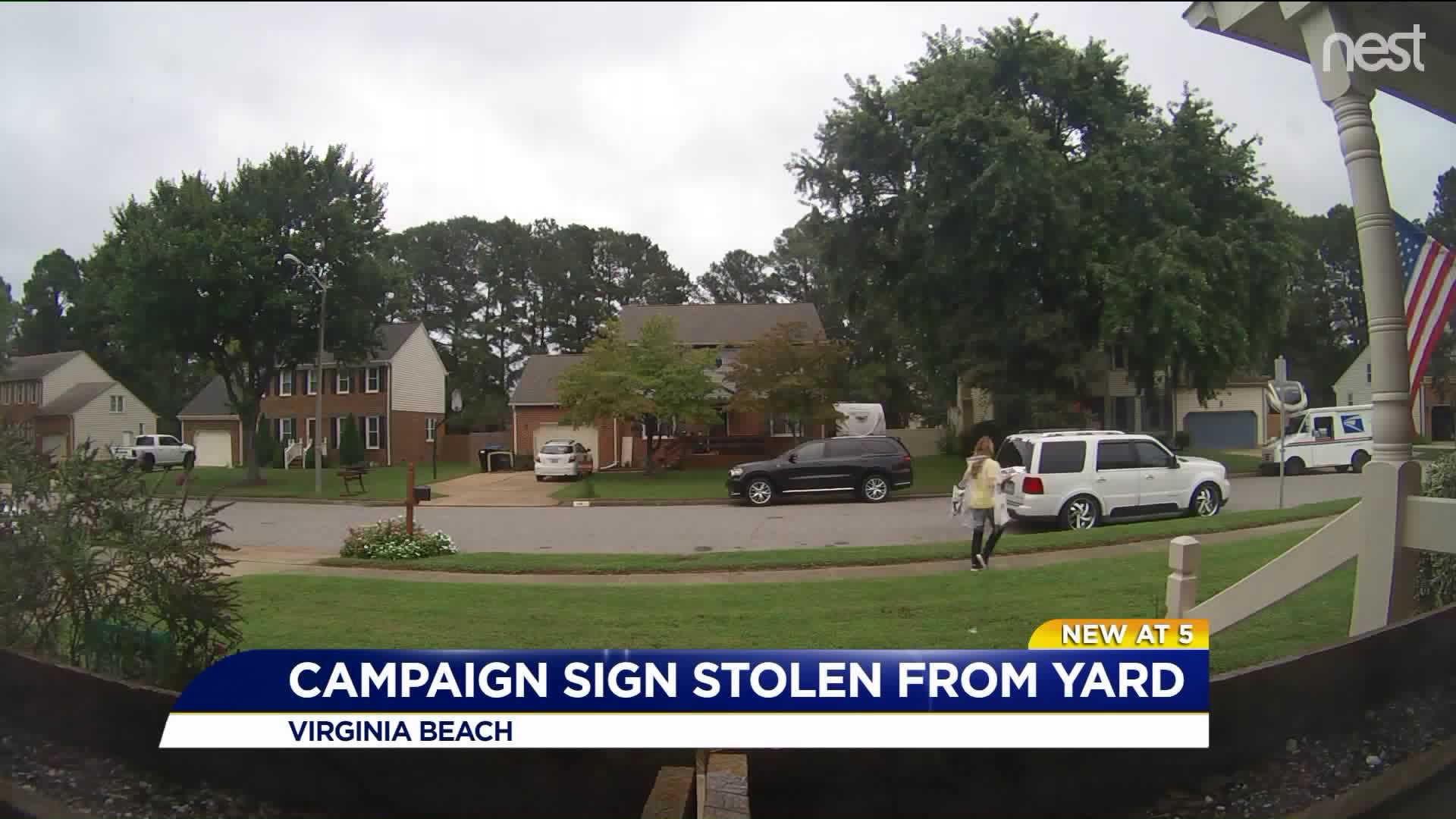 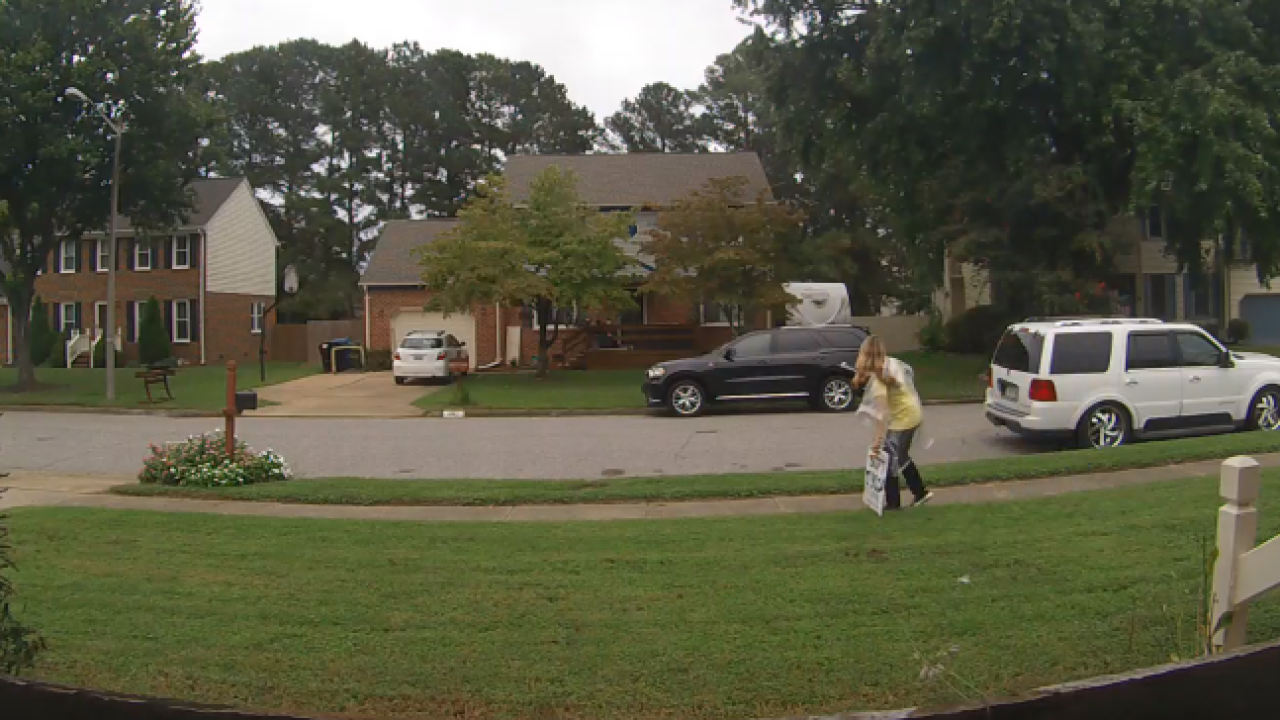 VIRGINIA BEACH, Va. - As the November elections inch closer, candidates and their supporters are buckling down.

Last week, a homeowner’s camera caught someone stealing a campaign sign from his family’s yard.

He told News 3 his issue has nothing to do with politics.

He mainly feels disrespected that someone thought they had the right to come onto his property and steal.

In the surveillance video, it only took a few seconds for this woman to steal a campaign sign from Olenik’s yard in Virginia Beach.

It was in support of Rep. Scott Taylor.

“If you don’t agree with my sign, go vote for your candidate,” Olenik described.

Later in the security footage, you can see the woman go to a neighbor’s house across the street.

That homeowner told News 3 the woman was door-knocking and trying to get people to fill out absentee ballot forms.

Olenik says his aunt briefly spoke with the lady.

“We were approached by the absentee ballot lady coming through and we didn’t have any need for her and she went on,” he explained.

But in the video she came back and gave the sign to Olenik’s neighbor, who then threw it over her fence.

We went to that house to find out who the other woman was in the video, but no one answered.

“I don’t know exactly what’s going on. All I know is it’s a small, petty crime to steal a yard sign out of a yard,” said Olenik.

Taylor’s staff tell us they had no hand in the sign disappearing.

We reached out to his opponent’s camp.

“Our campaign does not condone such childish actions,” Luria’s Communication Director Katie Burnham said. “We should all respect every voter’s right to demonstrate support for the candidate of their choice."

Burnham also said the woman is not an employee or paid by the Luria campaign.

Olenik says he’s not planning to report the incident to police.

Instead, he says if signs are stolen again, he’ll just put up more.