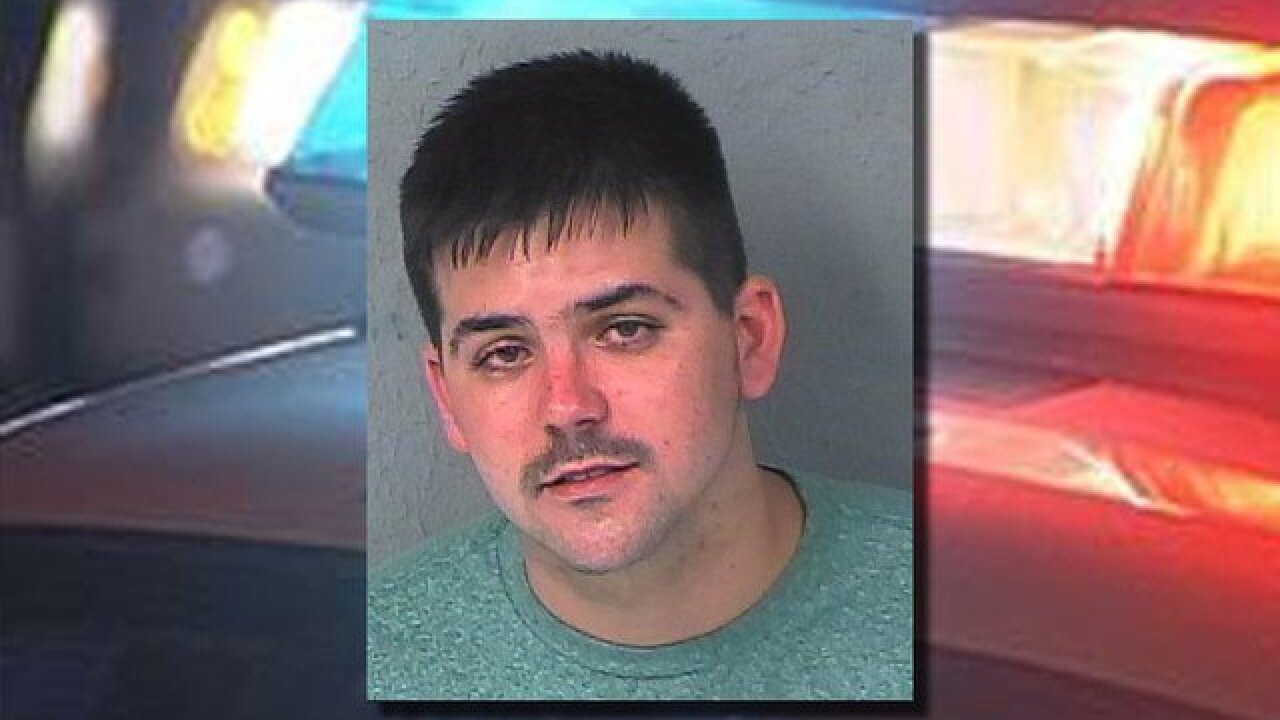 **EMBARGO: Tampa-St.Petersburg-Sarasota, FL** A man was arrested in Tampa on Tuesday for making posts on Facebook threatening a mass shooting, deputies say.

HERNANDO COUNTY, Fla. (WFTS) — A man was arrested in Tampa on Tuesday for making posts on Facebook threatening a mass shooting, deputies say.

According to the Hernando County Sheriff’s Office, on Monday, deputies were alerted to several posts on social media made by Blake Dudkewic, 29, that detailed violent crimes he planned to carry out.

Just minutes before contacting the sheriff’s office, the 9-1-1 caller saw a post on her Facebook news feed, made by Dudkewic, describing in detail the way he wanted to kill his father. Deputies say that knowing that Dudkewic suffers from various issues, the caller responded with a message of support, encouraging Dudkewic to seek help and/or treatment.

Deputies responded to Dudkewic’s father’s residence in Hernando County to check his well-being. He was located safe in his residence. Dudkewic’s father told deputies he lost contact with his son due to threats, similar to this, which his son made in the past. He also provided a possible address for his son.

Deputies contacted the Tampa Police Department and requested they check the address for Dudkewic so that a Baker Act assessment could be made. Additionally, an Alert Bulletin was sent to all surrounding agencies, in the event they spotted Dudkewic or unknowingly conducted a traffic stop on him.

All of Dudkewic’s previous addresses were checked to no avail.

Investigation revealed that Dudkewic was possibly in the area of I-75 and I-4 in Tampa. Officers with the Tampa Police Department were unable to locate Dudkewic at the address provided.

A Hernando County warrant for the arrest of Blake Stanley Dudkewic is forthcoming, deputies say. He will be charged with written threats to kill, a second-degree felony.