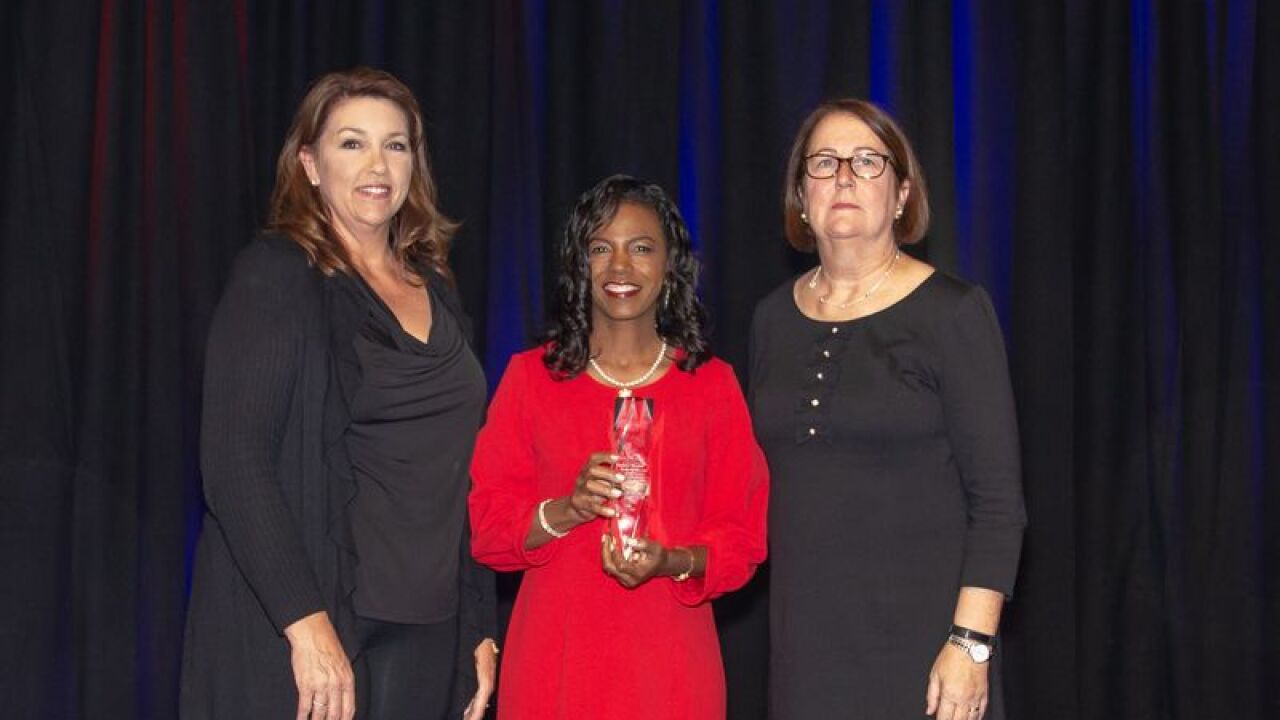 The company was honored for its robust training and development programs, as well as its ongoing partnerships with community organizations to recruit, retain and train current and future generations of workers.

“We are honored to be recognized for our workforce development efforts,” said Susan Jacobs, Newport News Shipbuilding vice president of human resources and administration. “Building and maintaining a talented workforce is one of our highest priorities, and this award reinforces our commitment to our community and industry.”

The award also acknowledges the recently-announced partnership with the Commonwealth of Virginia, which supports Newport News’ plan to hire as many as 7,000 new shipbuilders over the next five years.

“We’re proud that the nation’s largest shipbuilding company and the sole builder of U.S. Navy aircraft carriers has its home here in Virginia,” said Gov. Ralph Northam. “Newport News Shipbuilding is investing in and employing thousands of Virginia workers and contributing greatly to the economy and life of our commonwealth. I’m delighted to see Newport News Shipbuilding receive this national recognition, and I congratulate the company on this well-deserved accolade.”