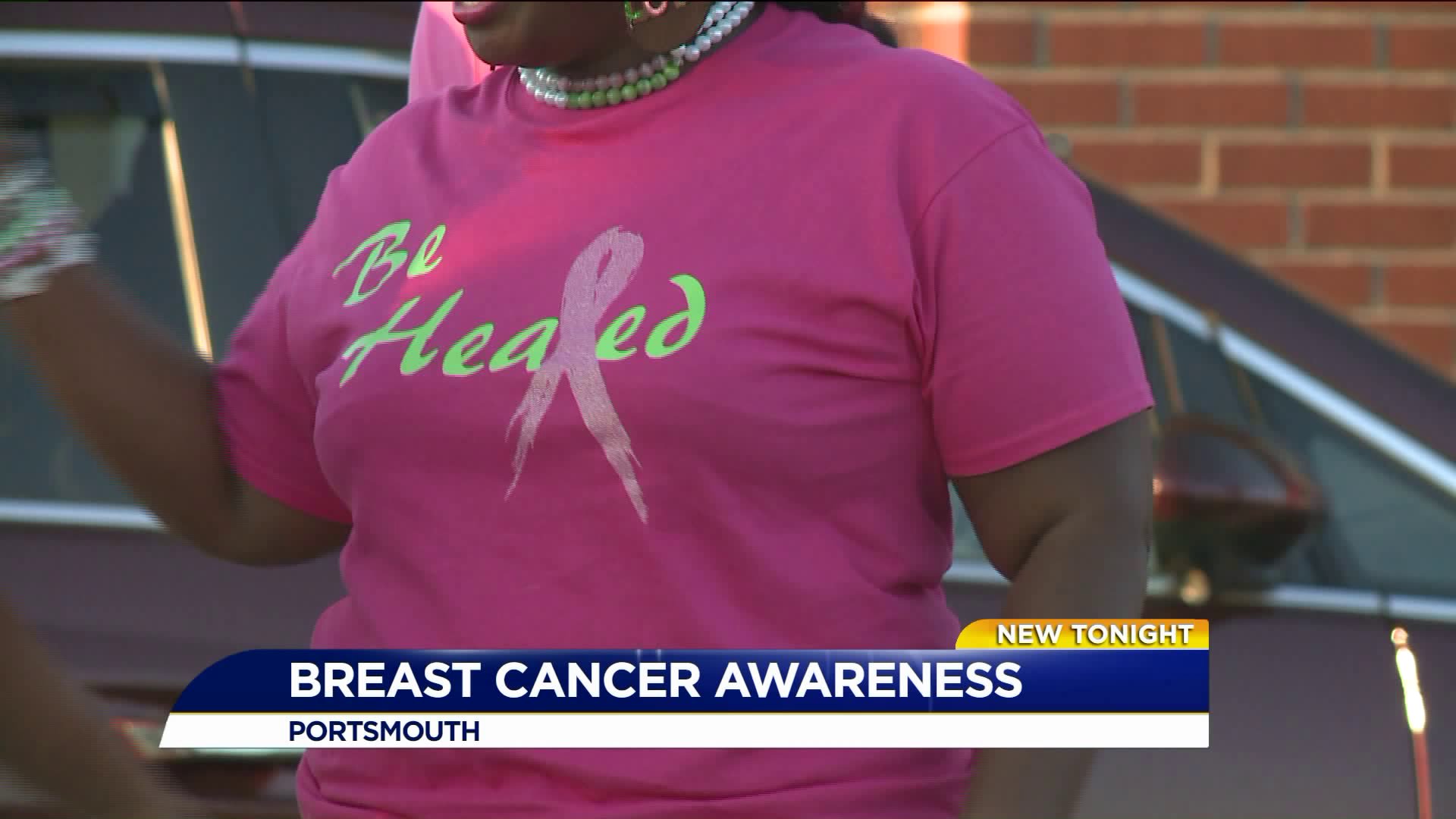 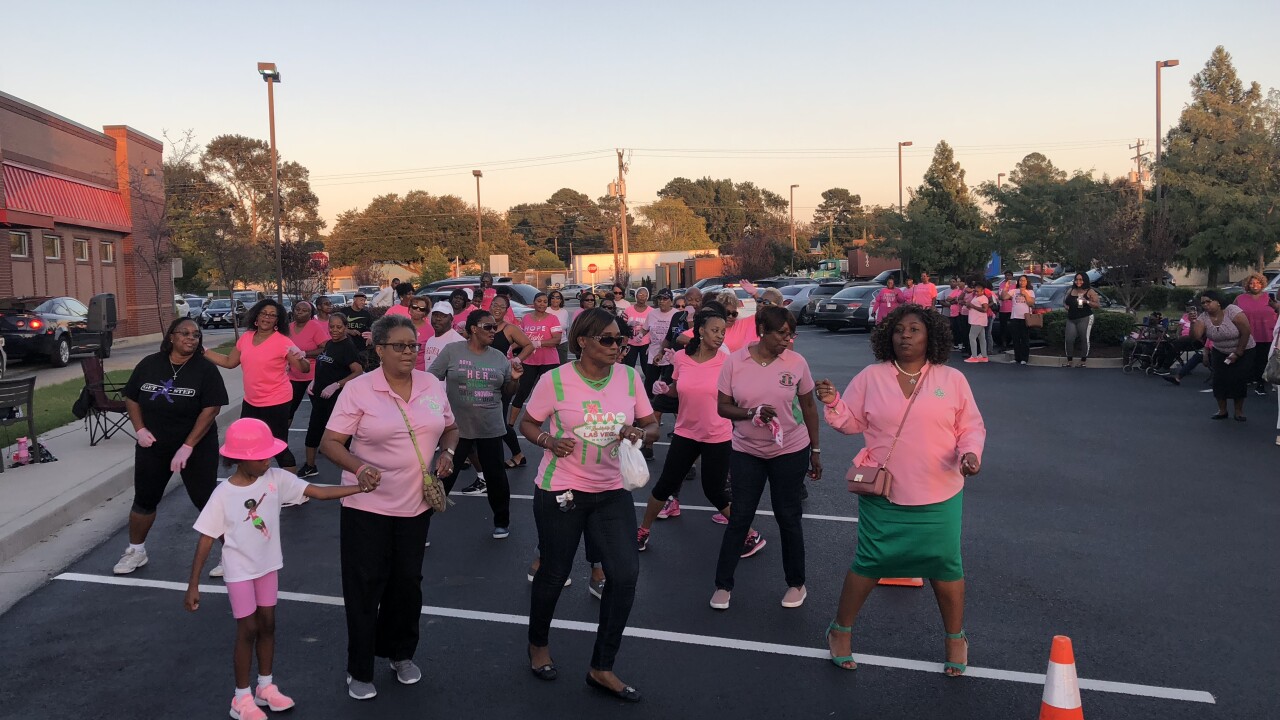 PORTSMOUTH, Va. - There was enough pink to go around. Pink shirts, pink shoes and pink gloves as the community came together to support the Pink Rally, held by the Gamma Delta Omega Chapter of the Alpha Kappa Alpha sorority. They united to raise awareness about how those living in Portsmouth are affected by breast cancer.

"We are top two in the region - if not the first one - for deaths from breast cancer," said Dr. Lauren James from the Portsmouth Health Department.

Dr. James believes many socioeconomic factors can attribute to that startling statistic.

"It's been shown women in Portsmouth are less educated, have a higher level of poverty and lower access to care. We are an underserved medical area," said Dr. James.

That means patients face challenges to get a full spectrum of care. Two hospitals serve Portsmouth: Bon Secours Maryview Hospital and Naval Medical Center Portsmouth. The Tidewater Community Report also states a major weakness in Portsmouth is the lack of facilities and services available to women.

"A lot of our neighboring cities have centers that our citizens have access to, but the issue is transportation," said Dr. James. She also said the reasons Portsmouth has a higher death rate than other areas won't be easy to fix and will take time and a lot of work.

A breast cancer survivor, Sylvia Hill, believes awareness, education and the community really stepping up to help those who could be or are affected by breast cancer will help Portsmouth beat the statistic.

"Go and get screened. If we all get together and say the same message, then yes, we can overcome it," said Hill.

The Portsmouth Health Department is working on ways to help women get access to care, including events to bring awareness, such as this one, and bringing a mobile mammogram unit to the city monthly.