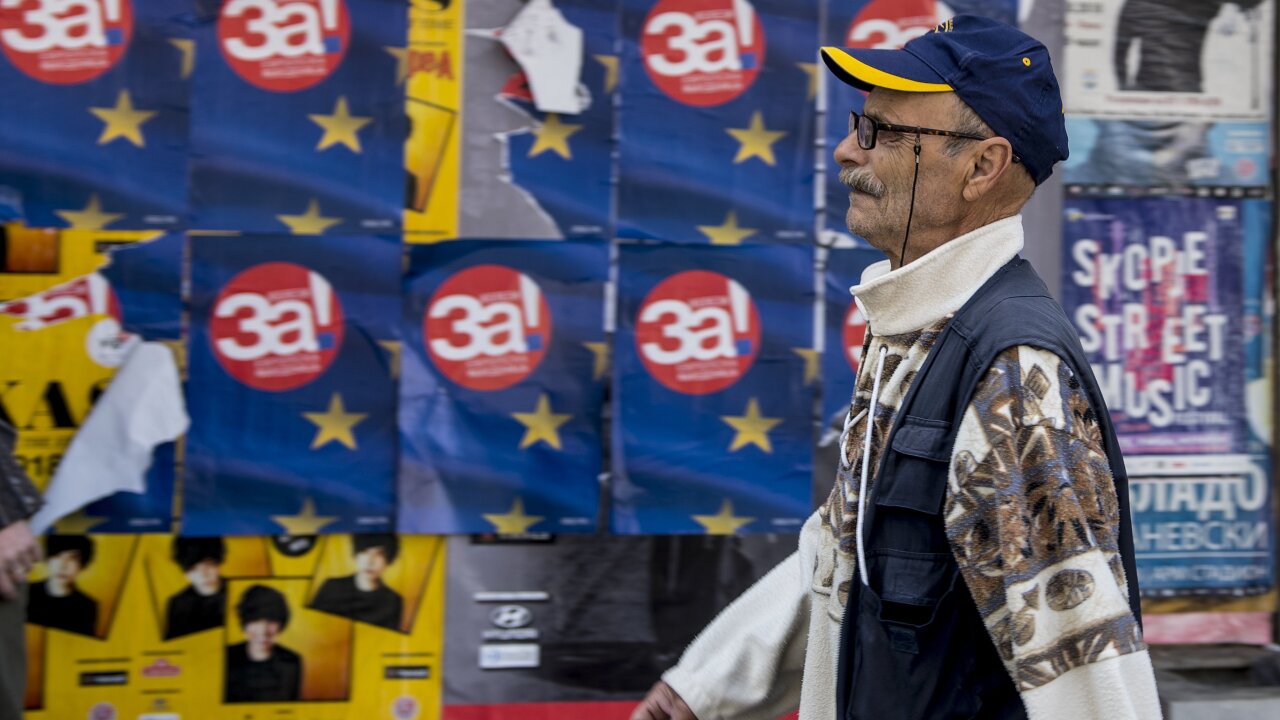 A referendum on changing Macedonia’s name — a step toward European Union and NATO membership — received overwhelming support from voters on Sunday, according to a preliminary tally.

But with only a little more than a third of eligible voters casting ballots — perhaps the result of a campaign calling on people to abstain from voting — both those in favor of and opposed to the measure claimed victory.

Supporters of the referendum, including Prime Minister Zoran Zaev, had hoped at least half of voters would turn out to give Zaev the legitimacy to push the constitutional change, part of an agreement with Greece, through Parliament.

Still, Zaev told reporters Sunday night that the citizens of Macedonia had “made a rather significant choice.”

“I, the opposition, and all citizens know that there would not be a better agreement with Greece,” he said in a news conference. “There is no alternative to the EU, NATO membership. Let’s not play with our future and the future of our Macedonia.”

“Macedonia spoke out today, saying that this referendum will not pass,” Micoski, whose VMRO DPMNE party encouraged a boycott, said in a statement on Facebook.

Macedonians were voting in a referendum on whether they’re in favor of joining the NATO (North Atlantic Treaty Organization) alliance and the EU and accepting an agreement with Greece to change the country’s name to the Republic of North Macedonia. Greece insists that only its own province of Macedonia, birthplace of Alexander the Great, can claim that name, and Greece has blocked its northern neighbor’s previous attempt to join the alliance.

The dispute has been a stumbling block in relations since Macedonian independence from Yugoslavia nearly three decades ago. The agreement on the name change, signed by the Greek and Macedonian prime ministers in June, is the first time a resolution has been within sight.

Authorities had set the turnout threshold at 50 percent, however the referendum is consultative, which means Zaev can trigger the process of constitutional amendments to rename Macedonia regardless of the outcome.

The referendum has been closely watched, with Western officials including US Defense Secretary James Mattis, German Chancellor Angela Merkel, NATO Secretary General Jens Stoltenberg and EU’s foreign policy chief Federica Mogherini traveling to the Balkan country’s capital Skopje in the weeks leading up to the vote. Mattis called it the most important vote in the nation’s history.

Following the vote, US State Department spokesperson Heather Nauert issued a statement saying that Washington strongly supported “the Agreement’s full implementation” which she said would “allow Macedonia to take its rightful place in NATO and the EU, contributing to regional stability, security, and prosperity.”

EU Commissioner Johannes Hahn tweeted Sunday: “I congratulate those citizens who voted in today’s consultative referendum and made use of their democratic freedoms. With the very significant ‘yes’ vote, there is broad support support to the #Prespa Agreement + to the country’s #Euroatlantic path. I now expect all political leaders to respect this decision and take it forward with utmost responsibility and unity across party lines, in the interest of the country.”

Stoltenberg also welcomed the result on Twitter, saying: “I urge all political leaders & parties to engage constructively & responsibly to seize this historic opportunity. #NATO’s door is open, but all national procedures have to be completed.”

Supporters of the referendum see it as a once-in-a-lifetime opportunity to kick-start an economic revival, and Zaev is banking on NATO membership bringing much needed investment to Macedonia.

But there was a large and organized disinformation campaign to boycott the vote, according to Goran Nikolovski, director of Macedonia’s Administration for Security and Counterintelligence. Nikolovski told Skopje TV that security services are investigating a systematic attempt to undermine the vote through social media and disinformation.

The Transatlantic Commission on Election Integrity, a think tank co-founded by former NATO Secretary General Anders Fogh Rasmussen also said it has found evidence that Twitter bots were being deployed to suppress voter turnout. In a statement, the organization said it found that accounts calling for a boycott and created two months ago make up 10% of the online conversation — a figure they say is almost three times higher than in the Italian election.

With nearly all ballots processed, voter turnout was 36.87% Monday morning. Of those 91.48% supported the agreement and 5.64% were against it, according to State Election Commission figures.

Western officials have said Russia has had a hand in meddling in the name change campaign.

On his way to Skopje, Mattis said there was “no doubt” Russia was transferring money and conducting a broader campaign to undermine the name change.

“We do not want to see Russia doing there [in Macedonia] what they have tried to do in so many other countries,” Mattis told reporters.

Speaking in Washington last month, Stoltenberg said Russia was trying to use disinformation and social media to prevent Macedonia from joining NATO.

Moscow openly opposes Macedonia’s NATO aspirations, having long been a major player in the Balkans, but the Kremlin has long denied it meddles in other nations’ votes.

Zaev said there was no evidence Russia was behind the disinformation campaign, though he acknowledged it clearly opposed Macedonia’s NATO accession.

Powerful voices within the government also urged Macedonia’s citizens to abstain. Macedonia’s President Gjorge Ivanov announced he would boycott the referendum, warning that the country was being asked to commit “legal and historical suicide.”

His views were echoed by the small but loud anti-referendum party United Macedonia, which has sprung up in the last few months and has close relations with Vladimir Putin’s United Russia party, according to party leaders.

Its leader Janko Bacev says the West wants to erase Macedonia from the world map and he drummed up support for the boycott in rallies across the country.