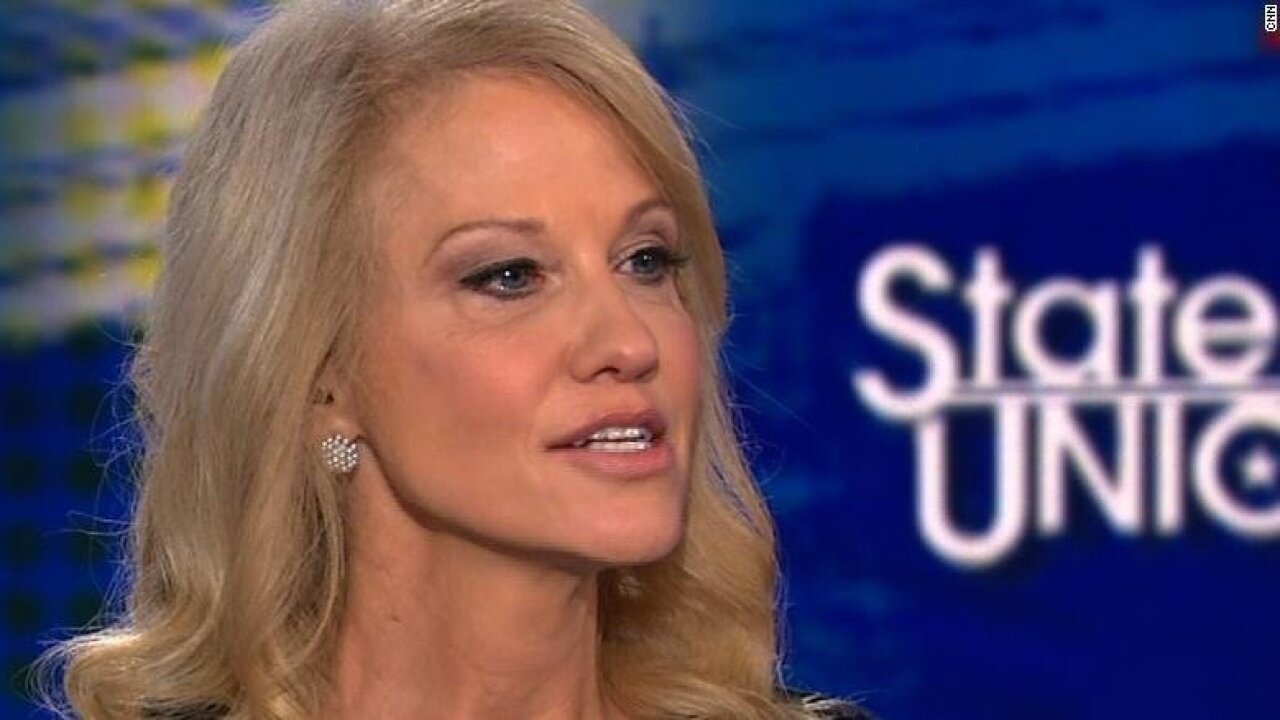 Kellyanne Conway said Sunday that support for Supreme Court nominee Brett Kavanaugh remains strong despite allegations of sexual assault and misconduct against him that have prompted the reopening of his FBI background check and a delay in his Senate confirmation vote.

Kellyanne Conway said Sunday that she is empathetic toward victims of sexual assault and revealed that she too is a victim of a past assault.

Kellyanne Conway said Sunday that support for Supreme Court nominee Brett Kavanaugh remains strong despite allegations of sexual assault and misconduct against him that have prompted the reopening of his FBI background check and a delay in his Senate confirmation vote.

to save its Supreme Court pick, Brett Kavanaugh, from allegations of sexual assault and misconduct.

“I feel very empathetic, frankly, for victims of sexual assault and sexual harassment and rape,” she said. “That — I’m a victim of sexual assault,” Conway told CNN “State of the Union” anchor Jake Tapper.

While saying both the accused and accuser need to be treated fairly, Conway said the entire ordeal surrounding Kavanaugh’s nomination shouldn’t be made into a “meeting of the #MeToo movement,” and that she doesn’t expect anyone else to be held responsible for her perpetrator’s conduct.

“This is the first time I have ever heard you talk about something personal like that,” Tapper told Conway. “And I’m really sorry.”

Conway did not offer additional details about her assault.

Women ‘should be heard’

Conway, who serves as a counselor to Trump, told Tapper that women who come forward with allegations of sexual misconduct should “all be heard in courts of law.”

Shortly after an allegation of sexual assault against Kavanaugh from Christine Blasey Ford was made public, Conway said Ford “should not be ignored or insulted” and that “she should be heard.”

Kavanaugh has vehemently denied the allegation against him. Both he and Ford testified about her accusation at a Senate Judiciary Committee hearing last week.

But last Monday, Conway suggested on “CBS This Morning” that the allegations against Kavanaugh were “starting to feel like a vast left-wing conspiracy” after another accuser, Deborah Ramirez, told The New Yorker that Kavanaugh exposed himself to her at a dormitory party while they were attending Yale University. Both Kavanaugh and the White House have denied Ramirez’s allegation.

Kavanaugh still has ‘many people’ who believe in him

Conway also said that the support Kavanaugh has received from Republican as well as Democratic women remains steady just days after the Senate hearing.

“And many people do [believe Kavanaugh], including the 100 women who still stand with him, many of whom didn’t vote for President Trump, who nominated Brett Kavanaugh, a number of them who, frankly, are Democrats and will tell you that, who have been out there writing op-eds, giving sworn testimony,” she said.