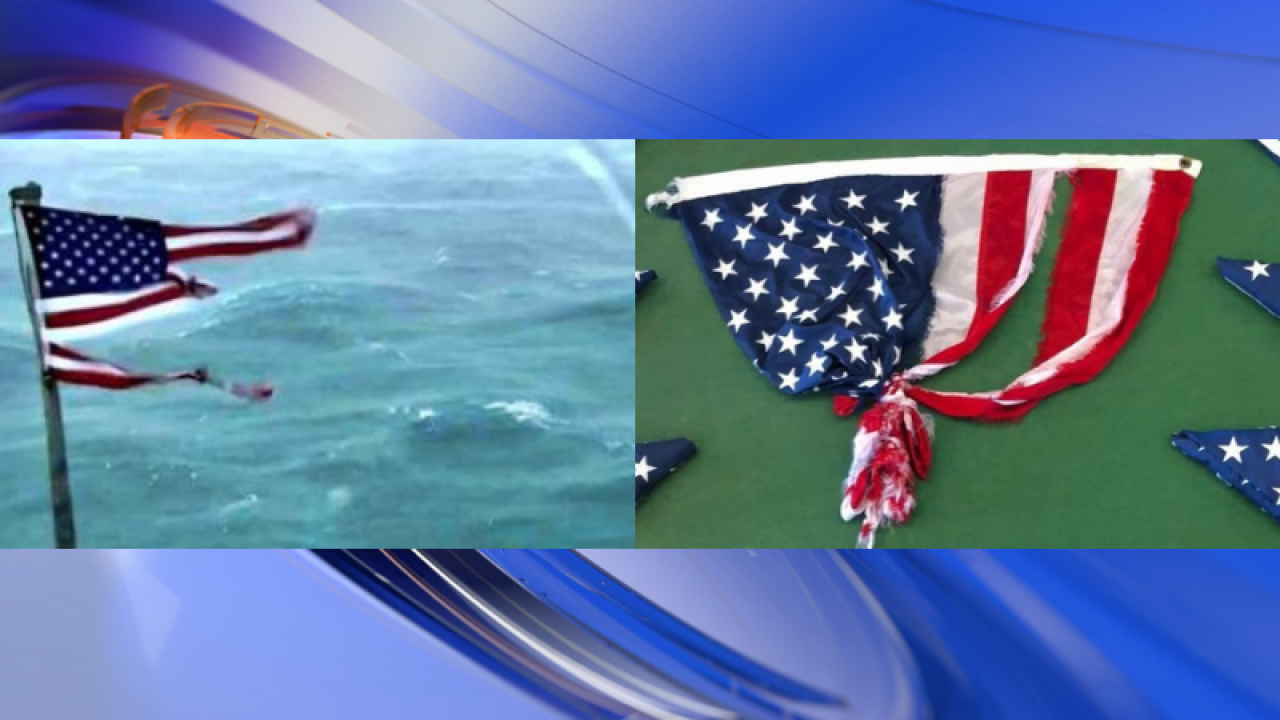 An American flag shown on a livestream as it was shredded by the fury of Hurricane Florence is being auctioned to help those impacted by the storm.

The flag stood at the Frying Pan Tower, an old US Coast Guard lighthouse 32 miles south of Bald Head Island, North Carolina. People online watched the flag being torn as Florence hit the North Carolina coast. (You can watch a timeline on Explore.org).

Richard Neal, who bought the lighthouse in 2010 and is the primary owner, told CNN he came up with the idea of an auction after the attention the weather-beaten flag received online.

Neal said that as the storm was nearing, he received calls — including calls from upset veterans — about why the flag was not taken down. Frying Pan Tower later announced on its Facebook page the flag was going to be retired and replaced.

“Everyone loved the idea that it was being auctioned,” Neal said, adding that after some debate, it was decided the money should go to the Hurricane Florence relief efforts of the American Red Cross.

The auction started Thursday and is scheduled to end Sunday night. By Friday night, the bidding on eBay had exceeded $7,000.

“A bit tattered and torn but like all who claim America to be home and are proud to do so, it still stands proud!” the listing says.