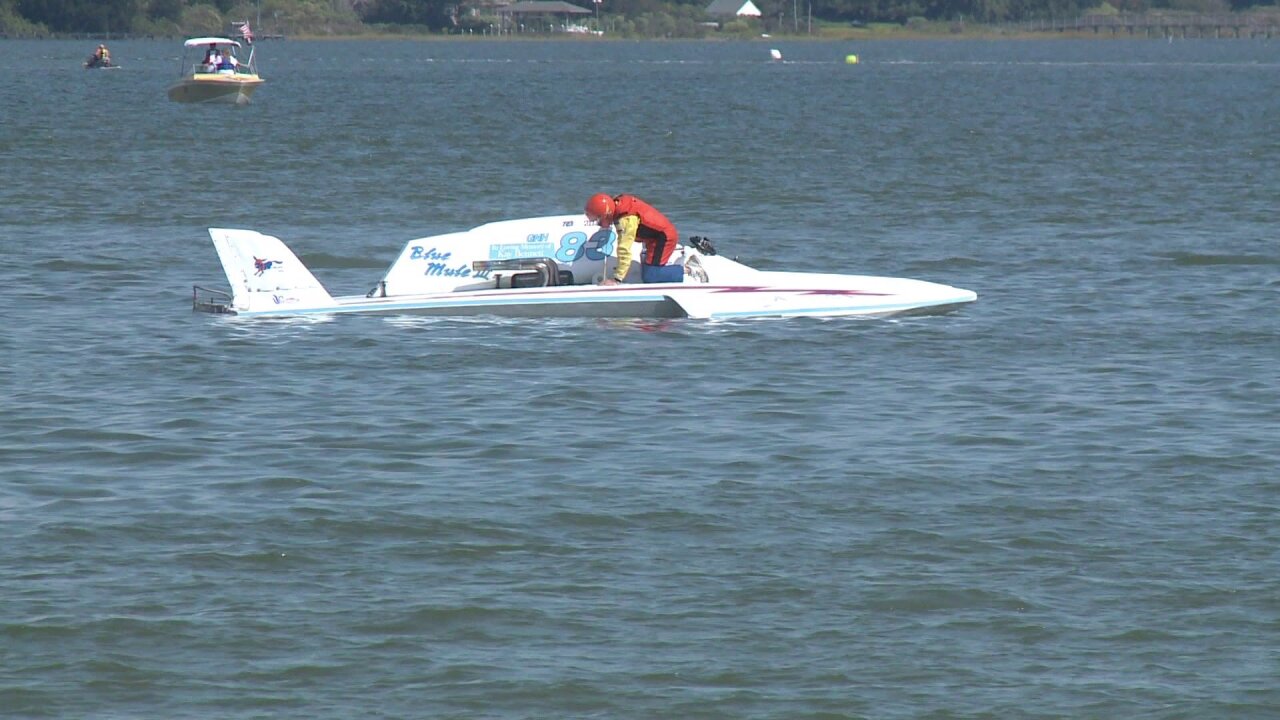 HAMPTON, Va. — They say Virginia is for lovers, and this weekend’s Hampton Cup Regatta certainly held this true for those who are boat lovers.

Some of the fastest speedboats in the world raced around Mill Creek in the 93rd Annual Hampton Cup Regatta this weekend.

Known for being the oldest continuously running hydroplane race in America, the Hampton Cup Regatta had around 90 boats compete in the event that was attended by more than 20 thousand people from Saturday to Sunday.

Some of the powerboats reach speeds up to 150 miles per hour. Aside from the boat races, folks enjoyed food trucks and live music.

“It’s exciting. To see someone go around that fast on the water,” added Wright.

Established in 1926 by the Hampton Yacht Club, the race nowadays features crews and racers from the United States, Canada, Australia and New Zealand. Most of all, it is a way for the community of Hampton, and Hampton Roads, to bring families to something exciting every year.

“That’s what keeps us going … that spirit of family and tradition, as well as the need to keep this thing alive for future generations,” John Lowe, a former race committee chairman.

Lowe added, through a story on the Hampton Cup Regatta’s website, that if it wasn’t for Fort Monroe, the City of Hampton, the Hampton Department of Fire and Rescue, the Hampton Police and the Nightingale Helicopter, there would be no racing.