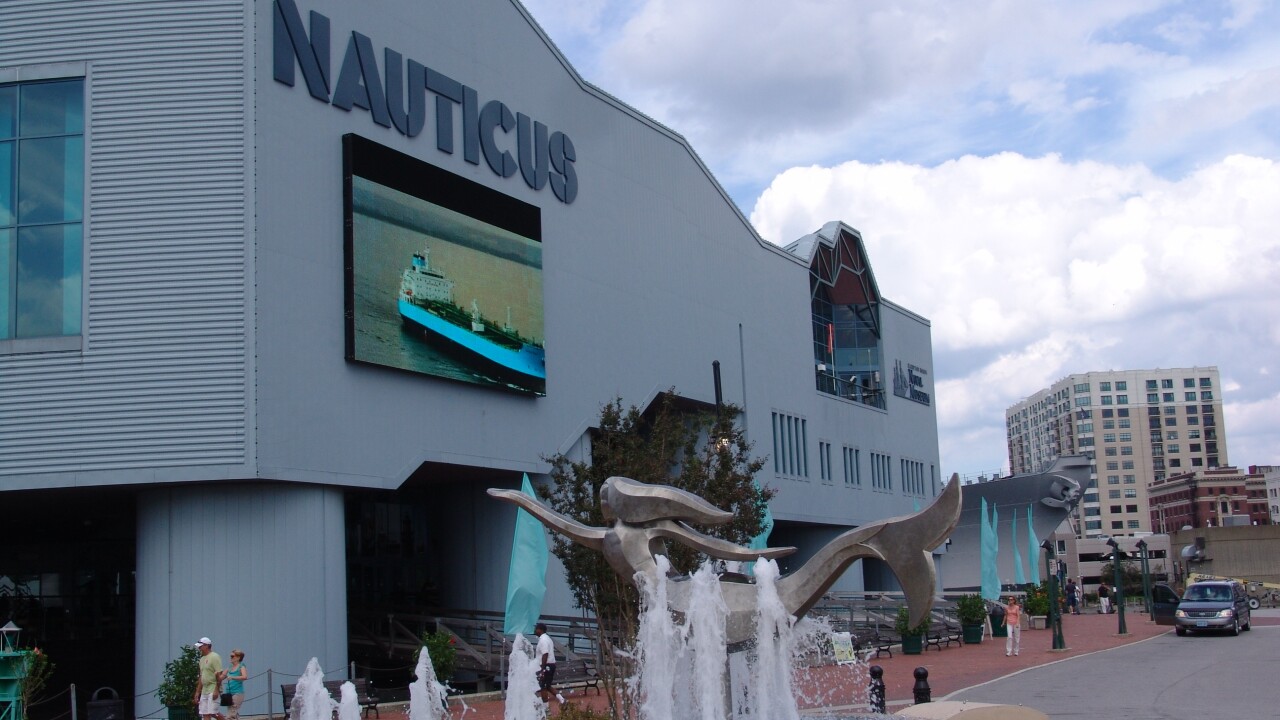 NORFOLK, Va. – The technology group Wärtsilä is continuing its mission to bring the Seabin Project’s floating trash bins around the world with the installation of the first Seabin on the U.S. East Coast at Nauticus.

The Seabin was donated by Chesapeake-based Wärtsilä Defense, Inc. and will be maintained by Nauticus’ Junior Scientists’ Club, a science, technology, engineering and math (STEM) after-school program for students from local junior high schools.

Seabins, floating trash bins located in the water at marinas, docks, yacht clubs and commercial ports, collect floating trash by drawing in water from the surface. Using low-energy submersible pumps, the water is then pumped back into the marina, leaving litter and debris trapped in the Seabin’s catch bag to be disposed of properly. The bins also have the potential to collect some of the oils and pollutants floating on the water’s surface.

The Elizabeth River is home to one of the busiest commercial ports in the world, and was once one of the most polluted rivers on the Chesapeake Bay. Thanks to more than a decade of cleanup efforts by non-profit, governmental, and business groups, the river’s health has improved significantly.

The Seabin will contribute to the health of the waterway by cleaning as much as one ton of litter from the river each year, and three more planned Seabins will increase this total.

“The installation of this Seabin is a continuation of our efforts to bring the Elizabeth River back to full health, and we are delighted to have Wärtsilä’s support,” Stephen Kirkland, executive director of Nauticus, said. “The students in the Junior Scientists Club, who are taking on responsibility for this Seabin, are the future of our community. They are leading the way for the next generation by raising awareness of environmental issues and working hands-on to make a positive impact.”

Seabin Project’s CEO Pete Ceglinski said, “Not only is Nauticus critically located to improve the Elizabeth River and influence the Hampton Roads community, but they present an amazing educational opportunity, too. This foundation and its teaching facility will ensure that generations to come are educated and passionate about the environment and healthy, sustainable living.”

Wärtsilä will showcase the Seabin at Nauticus from October 10-21, where it will remain as a permanent installation. The public is invited to attend a ribbon-cutting ceremony at 5 p.m. on Wednesday, October 10, at Nauticus.

Invited guest speakers include the Mayor and City Council of Norfolk, the Mayor and City Council of Portsmouth and Congressman Donald McEachin, as well as representatives from: the National Oceanic and Atmospheric Administration (NOAA), the United States Navy, the United States Coast Guard, the Chesapeake Bay Foundation, Lynnhaven River NOW, the Elizabeth River Project and the Virginia Institute of Marine Sciences.