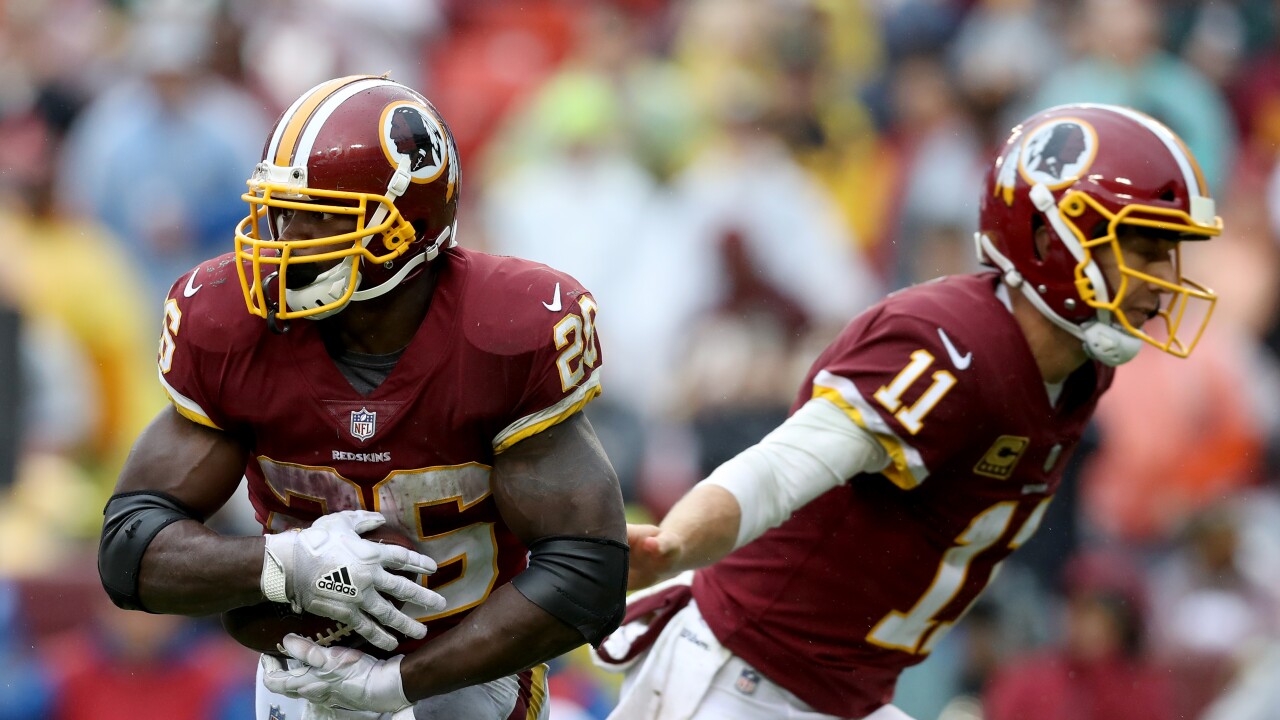 LOUDOUN COUNTY, Va. – The National Football League announced today that Washington Redskins running back Adrian Peterson has been voted FedEx Ground NFL Player of the Week for his performance in the team’s Week 3 win against the Green Bay Packers.

Peterson rushed for 120 yards and two touchdowns on 19 attempts (6.3 avg.) to help lift the Redskins to a 31-17 win over the Packers at FedExField last Sunday.

He joins running backs Clinton Portis (four), Alfred Morris (one), Matt Jones (one) and Robert Kelley (one) as the only players in team history to earn the FedEx Ground NFL Player of the Week honor since the award’s inception in 2003.

FedEx is proud to recognize quarterbacks and running backs that stand out on the field and deliver for their team. By winning the FedEx Air & Ground NFL Players of the Week Award, these players are also delivering for their communities. A $2,000 donation will be made to the USO in the names of each winner through FedEx Cares. During the 2018-2019 NFL season, FedEx Cares will donate a total of $200,000 through the FedEx Air & Ground NFL Awards Program to support USO Pathfinder and other programs that help service members transition back to civilian life.