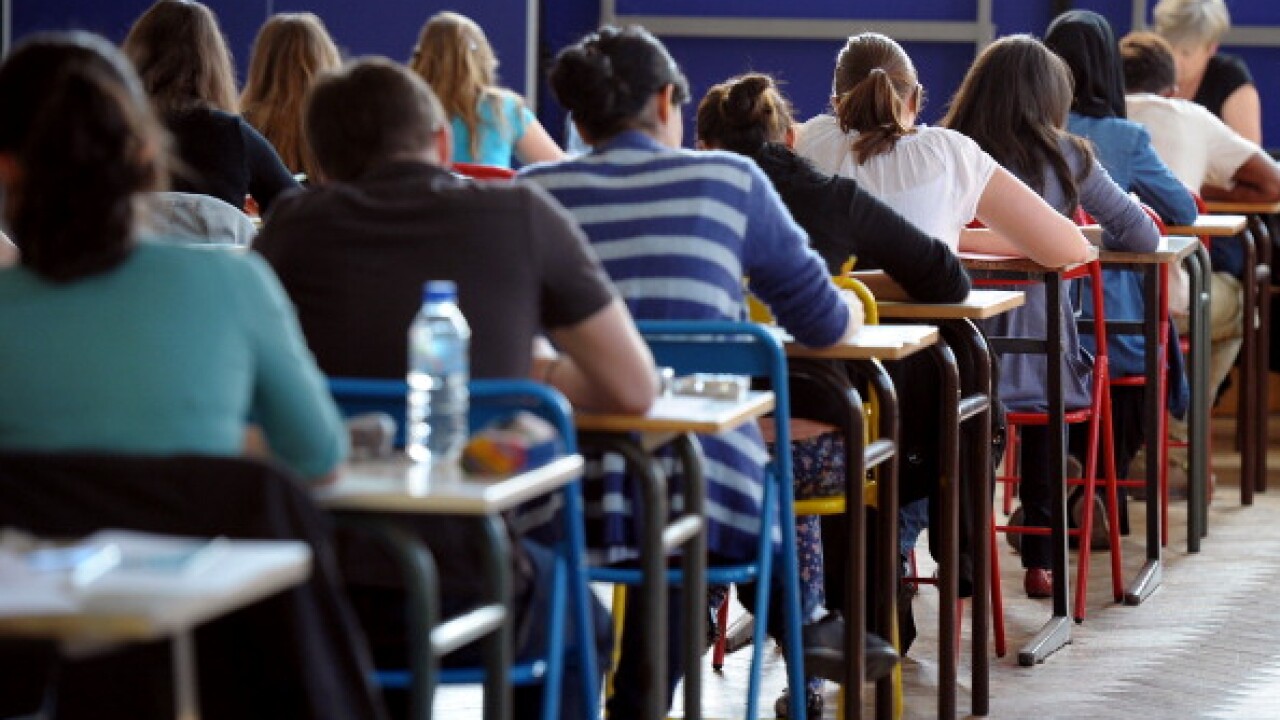 French students work on the test of Philosophy as they take the baccalaureat exam (high school graduation exam) on June 18, 2012 at the Pasteur high school in Strasbourg, eastern France. Some 703.059 candidates are registered for the 2012 session. The exam results will be announced on July 6, 2012. AFP PHOTO / FREDERICK FLORIN (Photo credit should read FREDERICK FLORIN/AFP/GettyImages)

HAMPTON ROADS, Va. – After closing for days in preparation for the potential effects from Hurricane Florence, Hampton Roads schools make adjustments to calender’s to make up the missed time.

Starting on Monday, October 1, 10 additional minutes will be added to the end of each school day for the rest of the school year.

Additionally, Wednesday, December 19, originally scheduled to be a half-day, will be a full school day for all students and staff.

October 8, November 6 and February 1 will be virtual learning days.

Dr. Aaron Spence has also decided to waive the fourth day for students by using time built in to the 181-day school calendar.

School will be in session on Monday, February 18 (Presidents’ Day) as a makeup day.

Because students will have missed five days of school in the first semester from both Hurricane Florence and Michael, the division will adjust the school calendar so the first semester ends on Thursday, January 31. As a result, the third scheduled virtual learning day was rescheduled from Monday, January 28 to Friday, February 1.

High school only – beginning Monday, September 24 and ending Friday, January 25, an additional five minutes will be added to the instructional day.

Elementary and middle school requirements are covered by instructional time that is built into the academic calendar.

Missed days are covered by built-in hours. Additional instructional hours built into the calendar. September 12-14 does not have to be made up.

Beginning October 1, ten additional minutes will be added to the end of each school day through the remainder of the school year.

December 19, February 15, and May 24, previously early release days, will now be full school days for all students and staff.