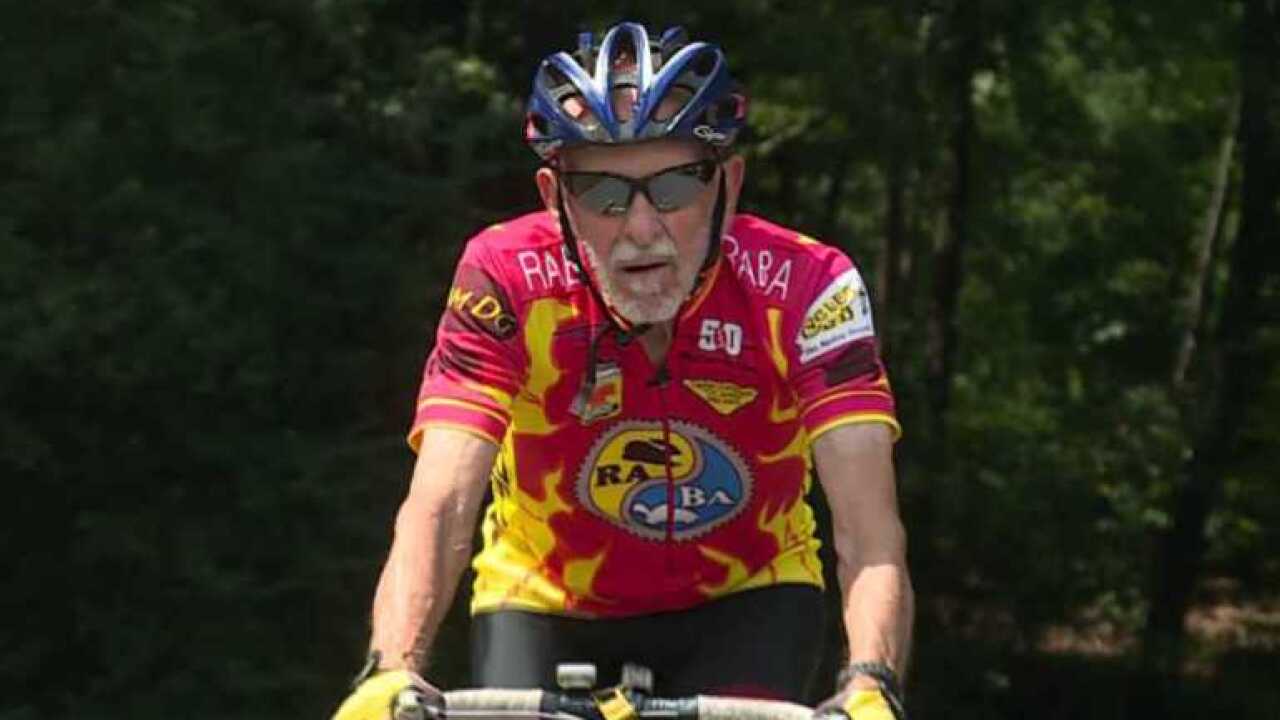 “I’ve always been fascinated by the relationship between the mind and brain,” said Norm. “What is there? How should we live?”

Like the greats before him, the retired professor and author ponders life and the universe around him.

The Henrico man’s passion is cycling.

“I love being on the bike. It is one of the great pleasures of my life,” explained Norm.

He discovered the sport late in life.

That’s like riding around the earth five and a half times.

“I was very proud of him. I still am,” said Novi “I couldn’t praise him more. He is very kind and thoughtful.”

“No wasted energy. Very smooth,” said Andy. “He has set bars very high that we don’t think we’ll ever reach. He is an amazing guy.”

What pushes Norm to prolong his birthday bike rides?

Bragging rights aside, Norm cherishes his time on a cycle willed to him by his late friend Ray who passed away 11 years ago.

“There are a lot of memories with the bike. It means a lot to me,” said Norm. “He was a good friend and a good cyclist. I miss him. Yeah.”

As the 85-year-old bikes through the years and over hill and dale, a question lingers.

Just how long does he plan on riding? The philosopher says he will keep chasing the answer.

“I love it. Feels great. I love it,” said Norm. “One of my favorite things of all time.”

All while celebrating a birthday tradition that truly cranks.

“I tell people sometimes that I’m looking forward to the century ride. The 100-mile-ride. That is a joke!”

If you know of someone with an interesting story to tell email Greg McQuade.