Flooding is sending unheard amounts of water through the Carolinas 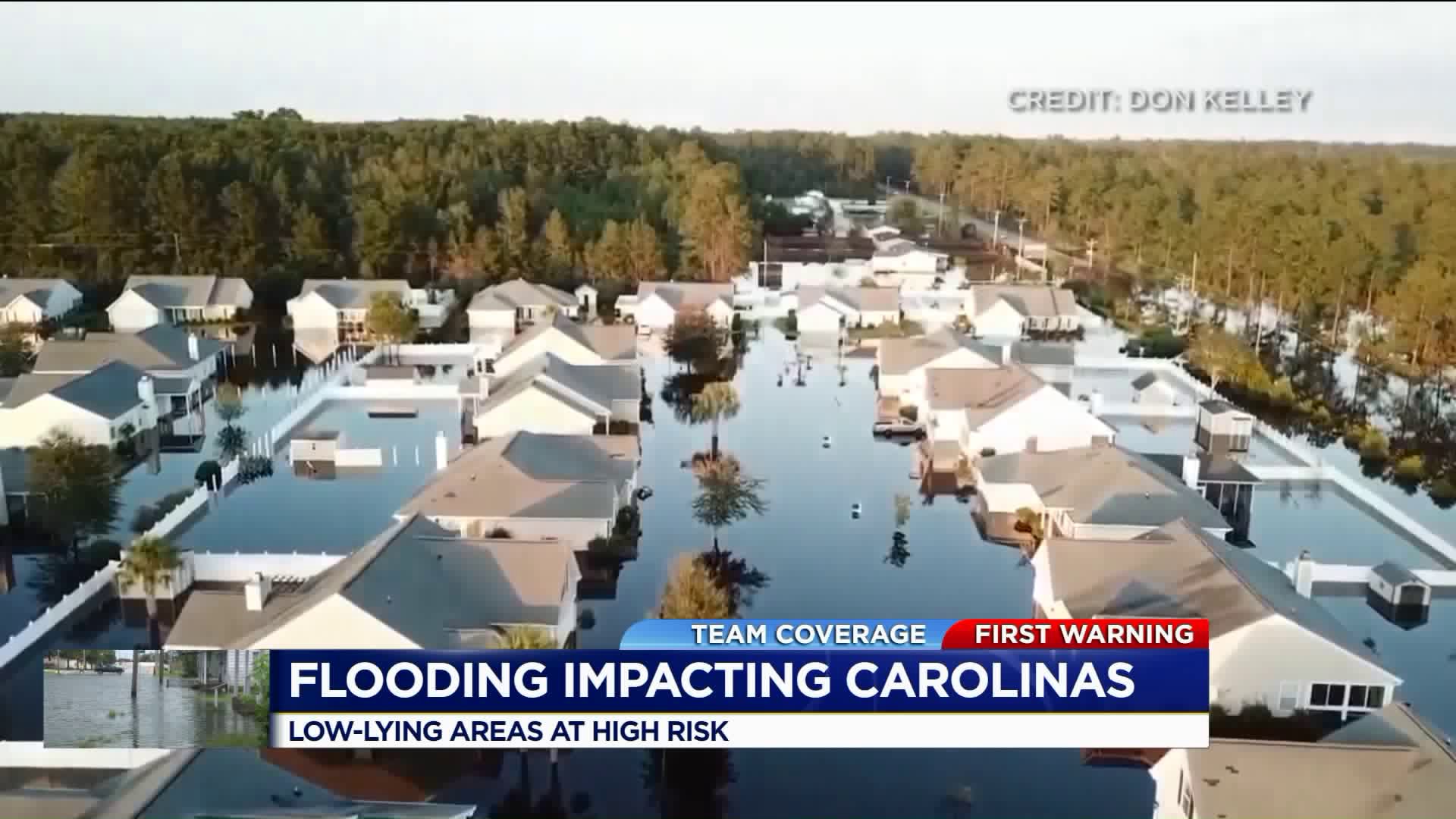 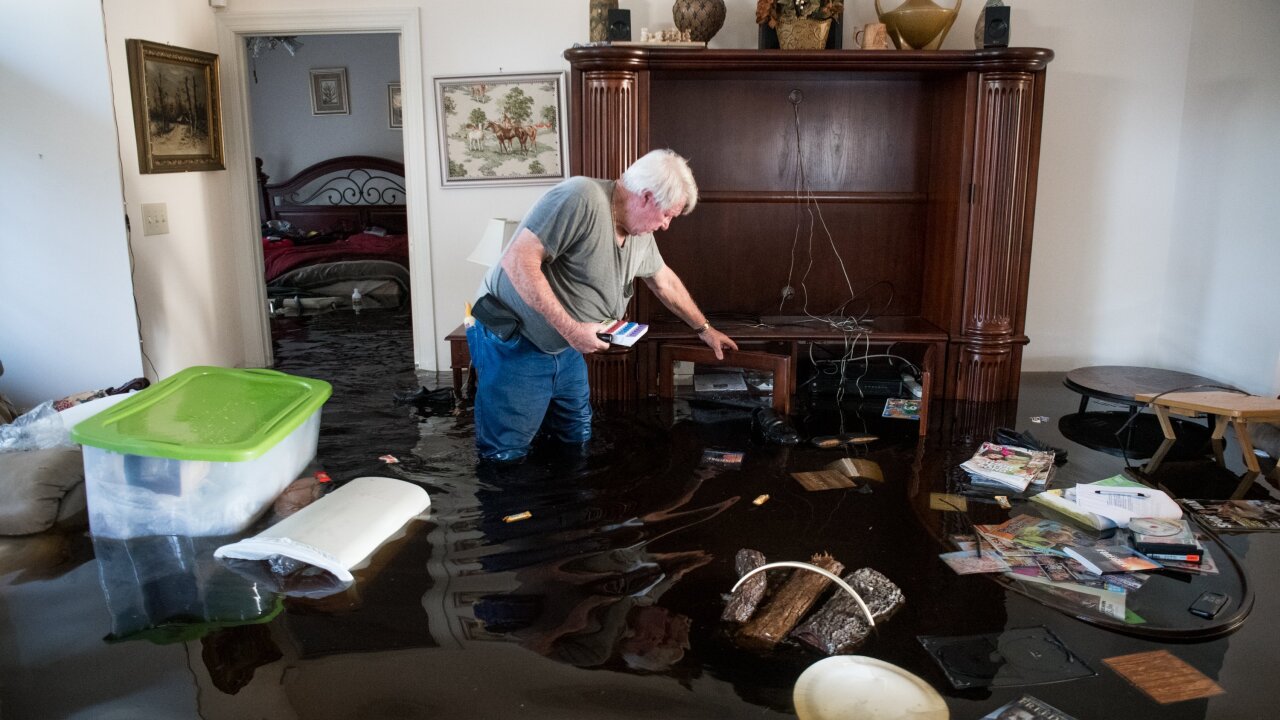 Jim Fraboni is preparing for the worst as an "unheard" amount of floodwater from Hurricane Florence is slowly flowing through the Carolinas.

He and his wife have seen floodwater rush in and damage his home for 22 years -- but this time feels different. They've been moving many of their belongings to the attic, hoping the water won't rise higher than their house in Horry County, South Carolina.

"This is going to be a lot worse," Fraboni told CNN affiliate WBTW.

A week after Hurricane Florence made landfall, the trillions of gallons of water it dumped over the Carolinas are slowly moving toward the sea and leaving a path of destruction behind. Residential streets have turned into rivers and freeways have morphed into waterways.

In North Carolina, flooded rivers have left thousands of evacuees still living in shelters and hundreds of roads underwater. The water has receded in some places but as it moves downstream, officials say, thousands of people could be in danger until next week.

"The damage in the northeastern part of our state will be catastrophic, surpassing anything recorded in modern history," he added.

McMaster estimates the storm recovery will cost about $1.2 billion, according to the letter he sent to the state's congressional delegation.

Half of South Carolina under flood threat

Authorities have said that 23 out of the 46 counties in South Carolina could potentially be impacted by flooding. For many residents in those areas it's not the first time they have been hit by a disaster.

In Conway, South Carolina authorities said residents could see damage in homes that have not flooded before.

"We are worried right now that the water is gonna come up 4 feet higher than Hurricane Matthew levels, which were an all-time record and that's going to be pretty devastating," City Administrator Adam Emrick said.

"They need to be prepared no matter how the skies are looking like, the floods are coming. We know it's coming," he said.

The total death toll from Florence is now at 41 across the Carolinas and Virginia, officials said.

The South Carolina Department of Public Safety says the statewide death toll is nine. An 81-year-old man who was found dead inside a car in Dillon County after it was swept away by water, was among the victims in South Carolina, the department tweeted on Thursday.

Authorities are also investigating the deaths of two mental health patients in Horry County. The women, Windy Newton, 45, and Nicolette Green, 43, drowned Tuesday in a prison transport van when sheriff's deputies couldn't open the doors of the vehicle, authorities said.

One person was killed during a tornado in Virginia, which was part of the Florence storm system.

Officials continue to be worried about contamination and environmental hazards resulting from the storm, including the potential impact of coal ash, an industrial waste created by coal-burning power plants that can carry health risks.

Santee Cooper, a South Carolina electric utility, is installing inflatable dams around a coal ash pond at the former Grainger Generating Station in Conway as the Waccamaw River rises, the company said.

The dam will provide support to the dike around a pond "where most of the ash still onsite remains," Santee Cooper said in a statement Thursday.

The company noted it has been excavating the plant's ash ponds since 2014, and has removed about 90 percent of it.

"The National Guard is on standby if that's not big enough," Emrick said of the dam. "We want to make sure the coal ash doesn't get into the river."

The North Carolina Department of Environmental Quality said Thursday that Duke Energy's LV Sutton Plant in Wilmington was at the highest level of alert under the company's emergency action plan. According to the plan, that means a dam failure is either imminent or in progress.

The department's spokeswoman Megan Thorpe told CNN that the facility's cooling pond was "overtopping," and the state sent a crew to get additional information.

But according to a statement from Duke Energy, the cooling lake does not store coal ash, and the plant's ash basins "are currently not affected by this incident."

The LV Sutton coal power plant was retired in 2013, and today the plant operates as a natural gas plant, which Duke said continued to operate safely and is being monitored.

Boy prays for floods to spare his school

A young boy turned to prayer when he learned that even more flooding is headed to the Carolinas.

Five-year-old Carter, who goes to kindergarten at Conway Elementary School, was wondering why he hasn't been to school for the past week.

His dad, Brad Whiteis, told him about Hurricane Florence and explained to Carter the possibility of flooding in the coming days.

When the boy heard that his school could get flooded, he asked his dad whether they could go to his school to pray for it not to flood.

"I wish my faith was always that strong," Whiteis wrote in a Facebook post about the photo.