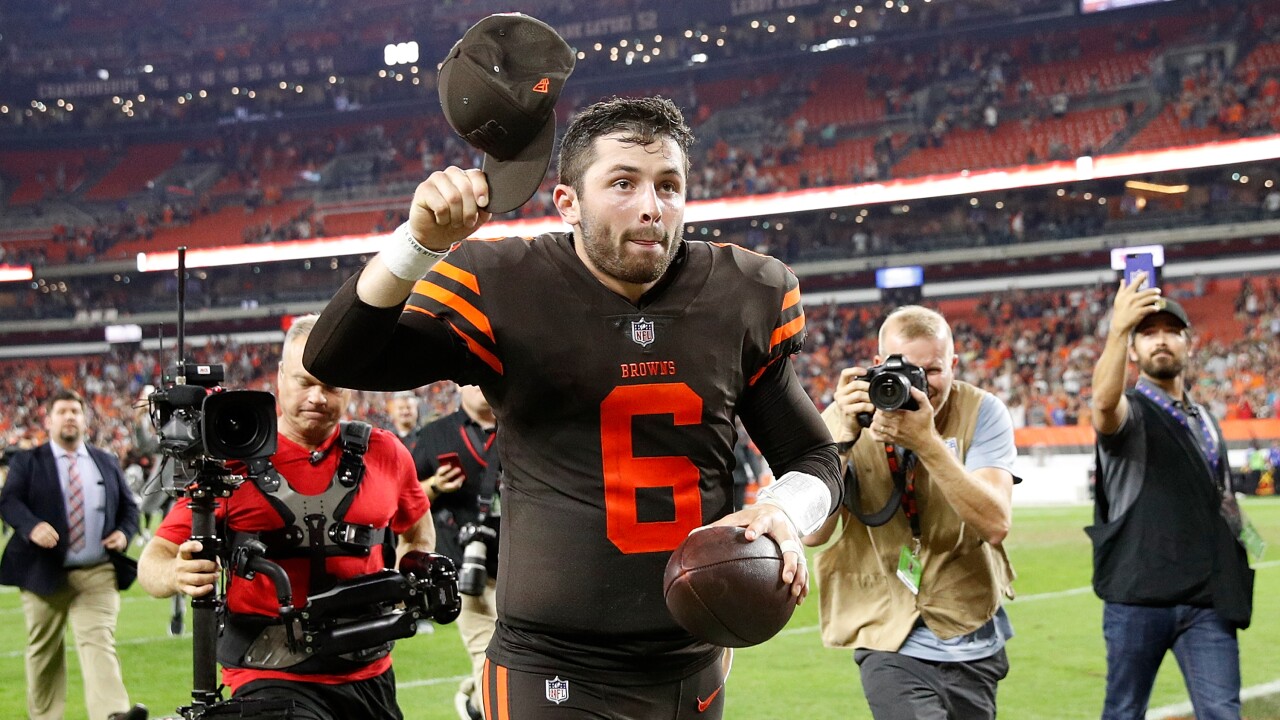 Baker Mayfield of the Cleveland Browns runs off the field after a 21-17 win. (Photo by Joe Robbins/Getty Images)

Quarterbacked by number one overall draft pick Baker Mayfield, the Cleveland Browns have won a regular season game for the first time since Christmas Eve 2016. Mayfield, Cleveland’s selection with the top pick in the 2018 NFL Draft, replaced Hampton native and former Virginia Tech standout Tyrod Taylor late in the first half when Taylor was knocked out of the game due to a concussion.

Baker Mayfield of the Cleveland Browns runs off the field after a 21-17 win. (Photo by Joe Robbins/Getty Images)

With Cleveland trailing the New York Jets 14-0, Mayfield engineered a comeback to give the Browns a 21-17 victory and their first win in 635 days. The victory snaps a 19-game winless streak, the fourth-longest in NFL history.

The Browns, now 1-1-1 on the season, play at the Oakland Raiders Sunday September 30th.

The Browns just won their first game in 635 days: