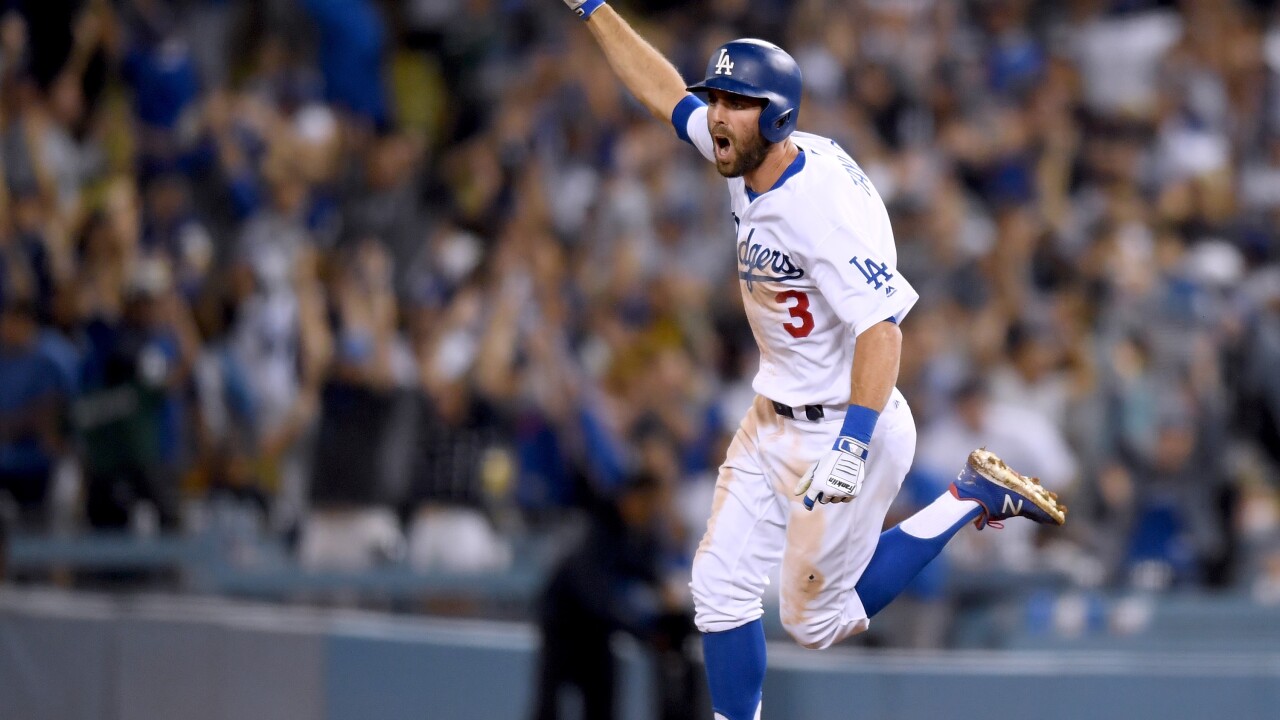 LOS ANGELES, Calif. – With one flick of the bat, Chris Taylor knew he had provided the Los Angeles Dodgers with the play they needed as he made contact with the ball.

In Tuesday night’s contest against the Rockies, Taylor blasted a 10th-inning home run to propel the Dodgers over Colorado 3-2. The win pushed LA’s National League West lead to 1 1/2 games over the Rockies.

Taylor called the homer, his 17th of the season, the biggest hit of his career postgame on SportsNet LA.

“You know this game humbles you really fast,” Taylor said in the clubhouse. “It’s moments like these you really have to take in and enjoy.”

Chris, a 2009 Cox High School graduate, was voted co-MVP of the 2017 National League Championship Series. His six hits, including a pair of home runs, helped Los Angeles dethrone the defending world champion Cubs and advance to the World Series.

At Virginia, Taylor helped lead the ‘Hoos to the 2011 College World Series.