10-year-old proves to have “no limits” despite her disability 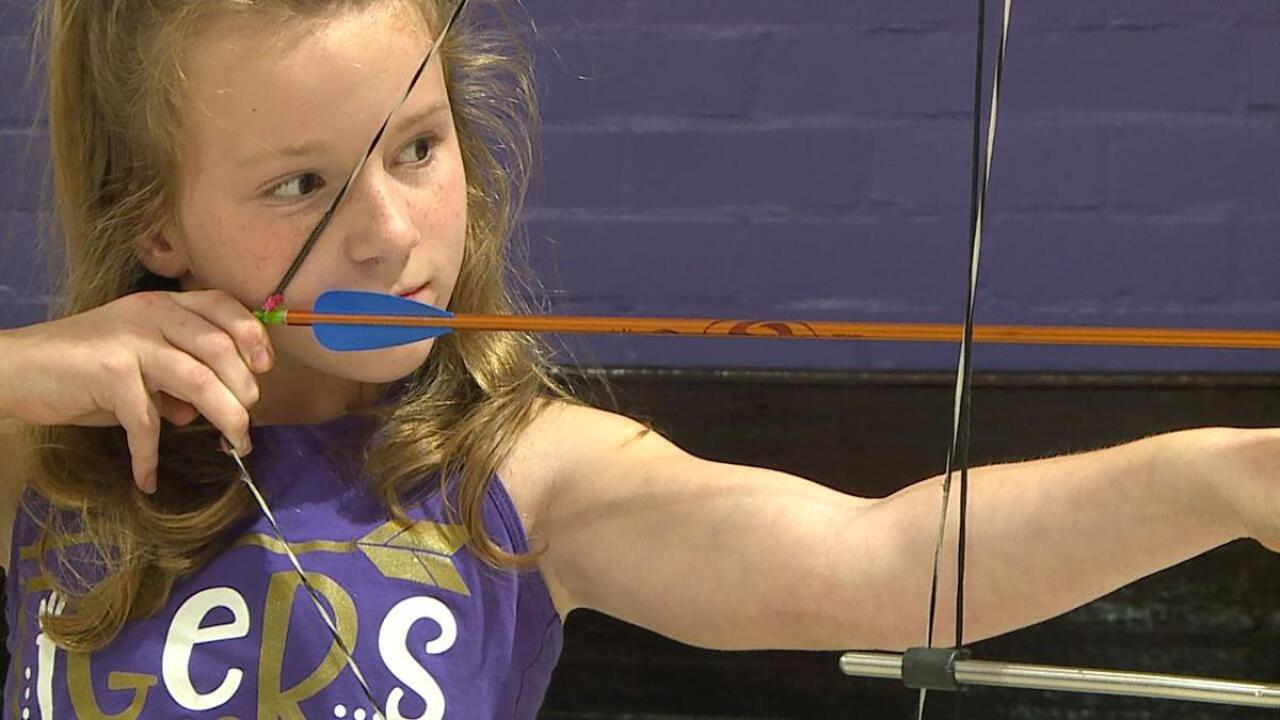 When the Benton Elementary School student was a baby, her parents were told she’d probably never walk or talk, but she’s proved doctors wrong.

“Don’t tell her she can’t do it because she’s going to say, “I’m going to try first,”” said Riley’s mother Jessica.

That includes archery. A sport that takes time, balance and concentration.

But for Riley, it takes a little extra TLC since she’s shooting with a walker.

“Riley is very driven, she doesn’t stop,” added Jessica. “We didn’t allow the wheel chair in the house, she had to use her walker to get stronger.”

Riley’s parents found out she had cerebral palsy at 6 months old. A condition that effects her body’s movement, control and coordination. But you wouldn’t be able to tell by the way she can shoot a bow and arrow.

“I think it’s just a personal goal for her,” said Riley’s archery coach Beth Duncan. “She wants to do it and sets her mind to it and makes it happen.”

She’s also involved with the school’s cheer team. But with her archery, Riley went to the school’s Nationals and Worlds Champion games last year. The highest you can score is 300 — Riley shot close to 200.

“She out-shot a lot of kids who don’t have disabilities.”

She credits a lot of Riley’s strength from choosing her walker over her wheelchair on a daily basis, refusing to be bound by wheels.

“She’s come a long way and proved them all wrong.”

But a lot of the credit also goes to Autry Lowry, a Benton firefighter who volunteers his time with the school’s archery program. Since she can’t use her legs to help in the skill, Lowry designed a stand to help her balance and build her upper body strength.

“I do spend the majority of my time with her. I want someone to be with her to support her so she doesn’t fall,” said Lowry. “And make sure it’s safe at all times.”

He started volunteering because his daughter was on the team, but she’s since left Benton Elementary, so now he focuses on helping Riley and her classmates be the best archers they can be.

“I think I have no limits,” smiled Riley.

The 10-year-old started her own nonprofit about 3 years ago, called “CRD No Limits Foundation.”

They have a 5K on Saturday, September 22nd, 2018, starting at 8:30 A.M. at the Red River District. The money raised will provide medical equipment for other children with disabilities.

You can find more information on their Facebook page, “CRD No Limits Foundation.”