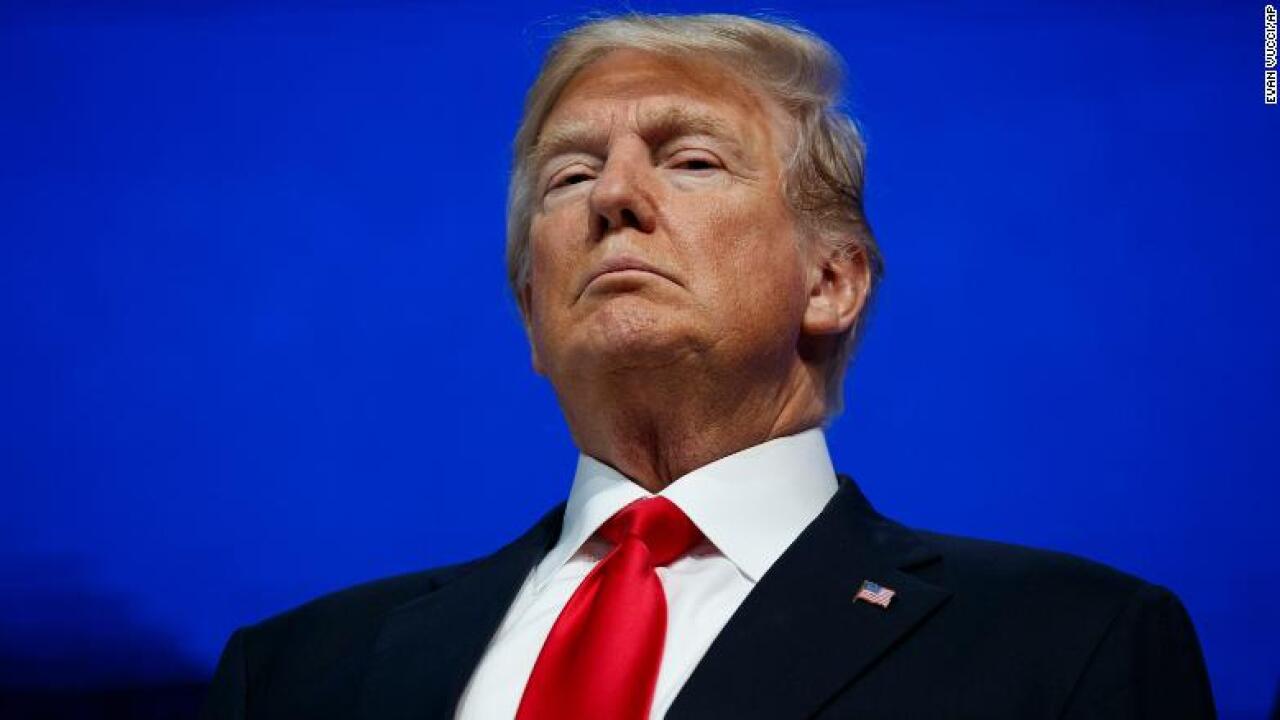 Nearly 3,000 people died in the aftermath of Hurricane Maria in Puerto Rico. President Donald Trump denied this reality as a hurricane barrels toward the Carolinas.

“3000 people did not die in the two hurricanes that hit Puerto Rico. When I left the Island, AFTER the storm had hit, they had anywhere from 6 to 18 deaths. As time went by it did not go up by much. Then, a long time later, they started to report really large numbers, like 3000,” he said in a tweet Thursday morning as Carolinians prepared to be pummeled by Hurricane Florence.

Earlier this month, the island’s governor formally raised the death toll from Hurricane Maria to an estimated 2,975 from 64 following a study conducted by researchers at The George Washington University. CNN’s own reporting reflects similar numbers. The university study accounted for Puerto Ricans who succumbed to the stifling heat and other aftereffects of the storm and had not been previously counted in official figures. Much of the US territory was without power for weeks.

House Speaker Paul Ryan, a Republican, said in response to a question about Trump’s assertion that he has “no reason to dispute those numbers.”

“Casualties don’t make a person look bad, so I have no reason to dispute these numbers,” he told reporters Thursday, adding that he toured Puerto Rico in the storm’s aftermath.

“It was devastating. It was a horrible storm. I toured the entire island. It’s an isolated island that lost its infrastructure and power for a long time, you couldn’t get to people for a long time,” Ryan said.

“I have no reason to dispute those numbers,” he added. “Those are just the facts of what happened.”

Trump has consistently denied any fault for his administration in the aftermath of the storm. In fact, the President has instead sought praise for his handling of Hurricane Maria, saying earlier this week that it was “an incredible, unsung success.”

His comments run counter to how many locals and experts have assessed the federal government’s response.

“I think Puerto Rico was incredibly successful,” Trump said Tuesday in the Oval Office, noting that the island location is “tough” during a hurricane due to the inability to transport vital equipment and supplies by truck. “It was one of the best jobs that’s ever been done with respect to what this is all about.”

San Juan Mayor Carmen Yulín Cruz, a vocal critic of the administration’s handling of the storm, has cast blame on the federal government for failing to provide adequate assistance in the aftermath of the storm, and she slammed Trump’s assertion Tuesday.

While the President has frequently praised the government response in the year since the hurricane, others in the administration have acknowledged learned lessons.

Earlier this month, the Government Accountability Office released a report that revealed FEMA had been so overwhelmed with storms by the time Hurricane Maria hit Puerto Rico that more than half of the workers it was deploying to disasters were known to be unqualified for the jobs they were doing in the field.

And FEMA Administrator Brock Long has said FEMA made changes to some of its priorities and procedures.

“We made a lot of changes in real time in addition to the high-level efforts that we learned through our after-action process. Bottom line is, we are concentrating on what we call critical lifelines — health, safety, security. You know, we’ve got food, shelter, health and medical, power and fuel, communications, transportation, hazardous waste,” he told reporters on a conference call on Hurricane Lane preparations last month.

“We are hyper-focused on those seven critical lifelines because we realized last year that if any one of those lifelines goes down, then life safety is in jeopardy. And so, we’re reorganizing the firepower of the federal government underneath these critical lifelines, we’re pushing forward,” Long added.

In a second tweet Thursday, Trump cast blame on Democrats, who he said are trying to make him look bad.

“This was done by the Democrats in order to make me look as bad as possible when I was successfully raising Billions of Dollars to help rebuild Puerto Rico. If a person died for any reason, like old age, just add them onto the list. Bad politics. I love Puerto Rico!” he wrote.

The study was commissioned by Puerto Rico Gov. Ricardo Rosselló, a member of Puerto Rico’s “New Progressive Party.” It was conducted by the nonpartisan George Washington University’s Milken Institute School of Public Health.

There has been no evidence to indicate that partisan politics has played a role in the calculation of the death tally.

The White House did not immediately respond to CNN’s request for clarification on Trump’s claim of the billions of dollars raised.