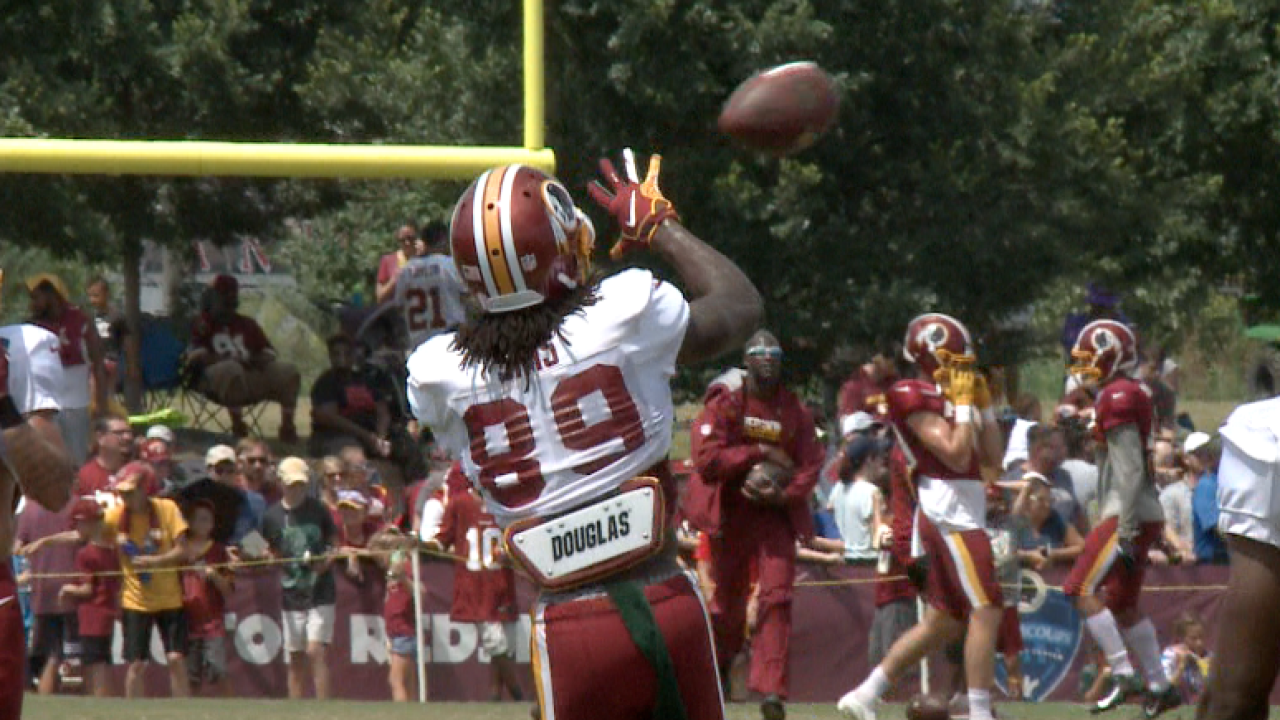 LOUDOUN COUNTY, Va. – Undrafted Redskins rookie receiver Cam Sims caught eyes this preseason, hauling-in three passes for 57 yards. However, if the former Alabama standout catches anything this regular season – it will be after week eight.

Tuesday, the Redskins place Sims on Injured Reserve due to an ankle injury. Two players per team each season can be designated for return from I.R. Should that occur, Sims would be eligible to return to the active roster eight weeks after being placed in I.R.

In a corresponding move, the Redskins sign Brian Quick – who spent last season with Washington, catching six passes in 11 games.

The Washington Redskins announced today that they have made the following roster moves:

The Redskins waived the following player:

The Redskins signed the following practice squad player to their active roster:

The Redskins signed the following player to their practice squad:

The Redskins placed the following player on their Reserve/Injured list: