President Trump approves emergency declaration for Virginia ahead of Florence 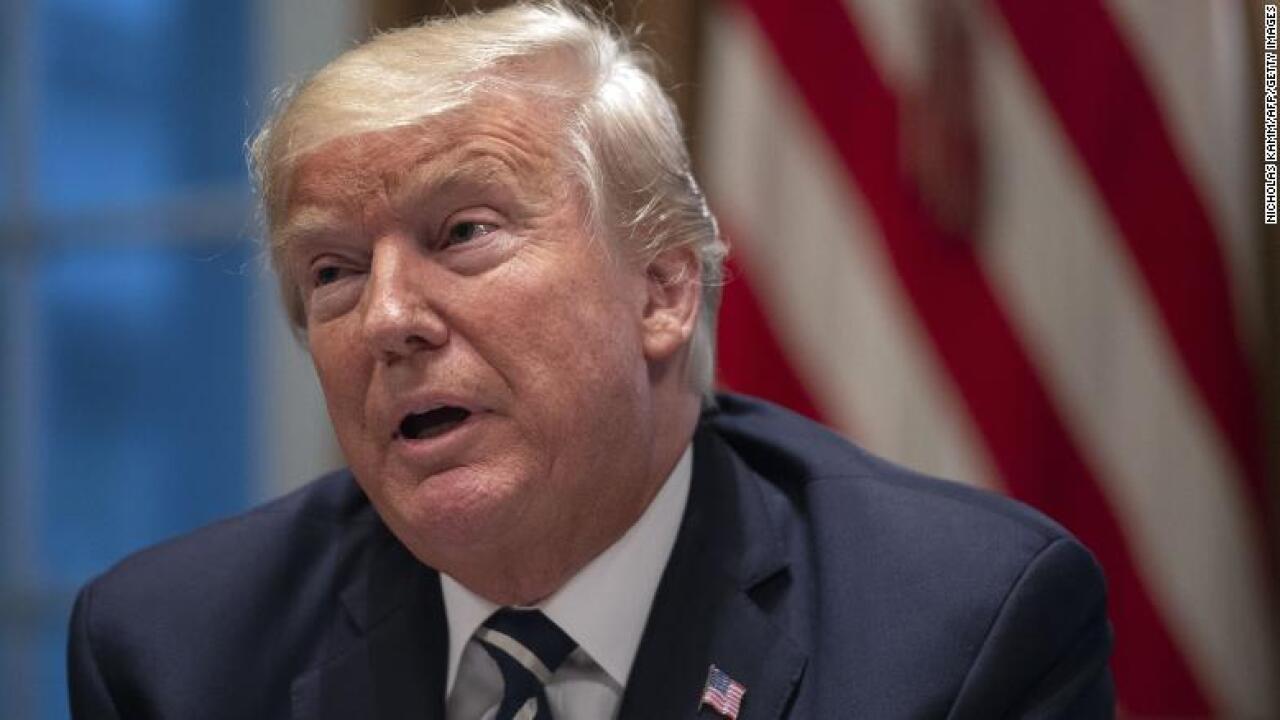 US President Donald Trump speaks about his meeting with Russian President Vladimir Putin ahead of a meeting with Republican lawmakers and cabinet members on tax cuts at the White House in Washington, DC, on July 17, 2018. (Photo by NICHOLAS KAMM / AFP) (Photo credit should read NICHOLAS KAMM/AFP/Getty Images)

WASHINGTON – President Donald Trump declared an emergency Tuesday for the Commonwealth of Virginia, ordering federal assistance to aid response efforts in anticipation of the impact Hurricane Florence is anticipated to bring.

The declaration acknowledges that an emergency exists beginning on September 8 until further notice.

President Trump’s declaration authorizes the Department of Homeland Security and the Federal Emergency Management Agency (FEMA) to coordinate all disaster relief efforts, which will help save lives, protect property and public health and safety and lessen or avert the threat of a catastrophe across the state.

FEMA is specifically authorized to identify, mobilize and provide at its discretion equipment and resources that will be necessary to alleviate the impacts of the emergency. Emergency protective measures, which are limited to direct federal assistance, will be provided at 75 percent federal funding.

On Monday, a group of Virginia delegates – including U.S. Senators Mark Warner and Tim Kaine and U.S. Reps. Scott Taylor and Bobby Scott – published a letter to the president asking him to issue the federal emergency declaration in support of a request from Virginia Gov. Ralph Northam.

Florence was upgraded to a Category 4 hurricane Monday and is expected to make landfall Thursday night. Gov. Northam declared a State of Emergency in Virginia on September 8, one day after North Carolina Gov. Roy Cooper made the declaration for his state.

The governor issued mandatory evacuations for Zone A, the lowest-lying areas of Coastal Virginia and the Eastern Shore, to go into effect Tuesday at 8 a.m.