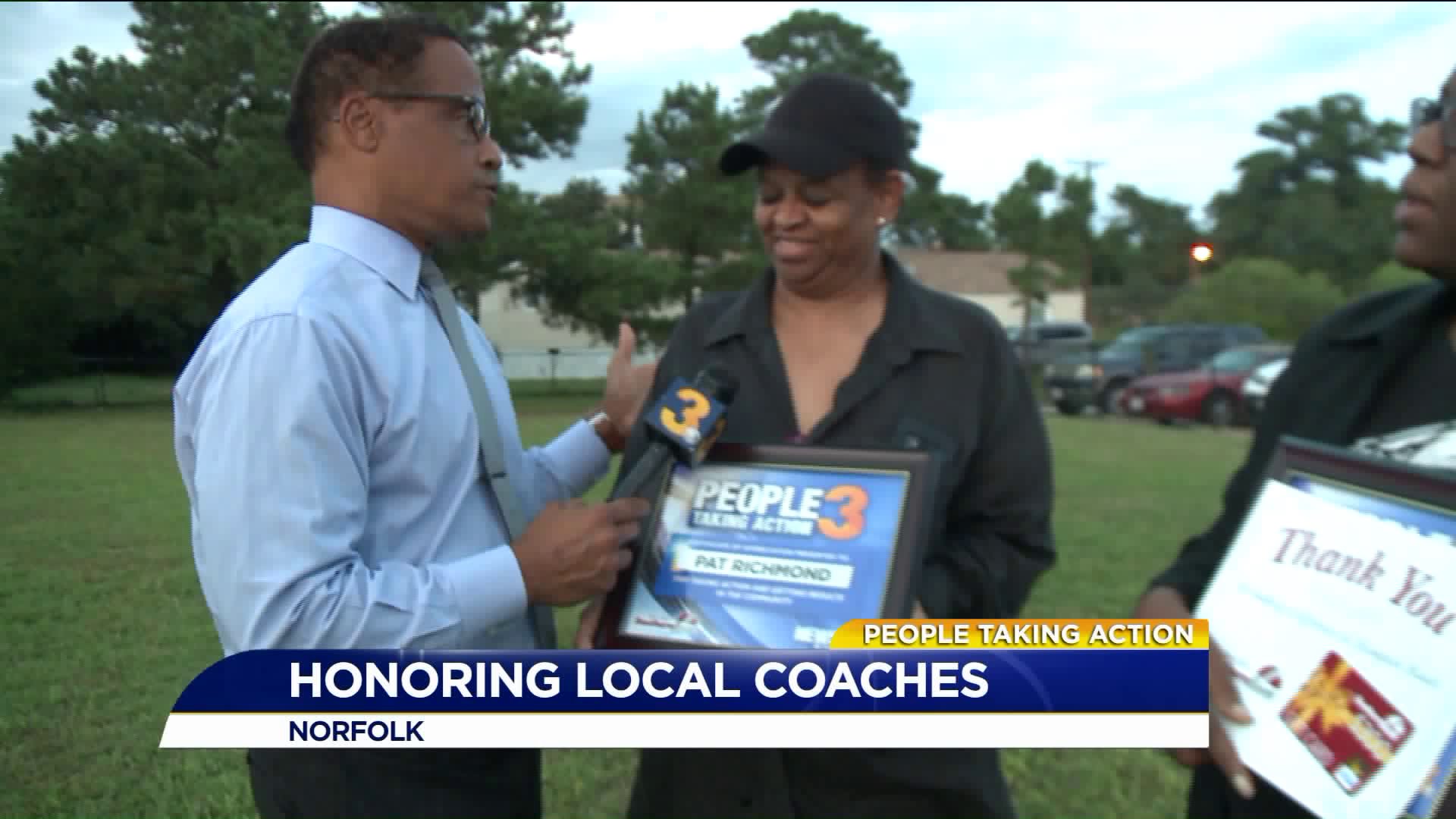 NORFOLK, Va. - They're called The Aces, and you can find these kids weeknights after school, gearing up for their next game of flag football.

On the sidelines, the cheer squad practices passionately as well. They're all part of the East Ocean View Beach Athletic Association.

"They have assisted me with mentoring more than 150 young people per year through baseball, football, softball, soccer, basketball, tee-ball," Coach Dwight said. "They act as mom, grandmom, coach and friend to so many. And all this is done while working full time, attending college, raising a family, supporting a spouse, fulfilling duties at church and completing other community obligations."

For those reasons, News 3 presented them with a People Taking Action award along with a $300 Visa gift card from our community partner, Southern Bank.

Both were very grateful. Pat says it's simple as to why she does this year after year.

"All these kids - that's what's important to me," she said.

Angela agreed, explaining why she is taking action.

"They have so much energy; if you don't give them a place to put it, they're going to find a place to put it. So we're out here all year from January to December with something for them to do," said Angie.

Pat stresses that's what motivates her: "Just trying to make sure they're on the right path!"

How do they do it? How do they juggle it all with their very full schedules?

Coach Dwight believes since the two have started helping him, they have influenced about 3,000 kids!